Is the pope an Antichrist? 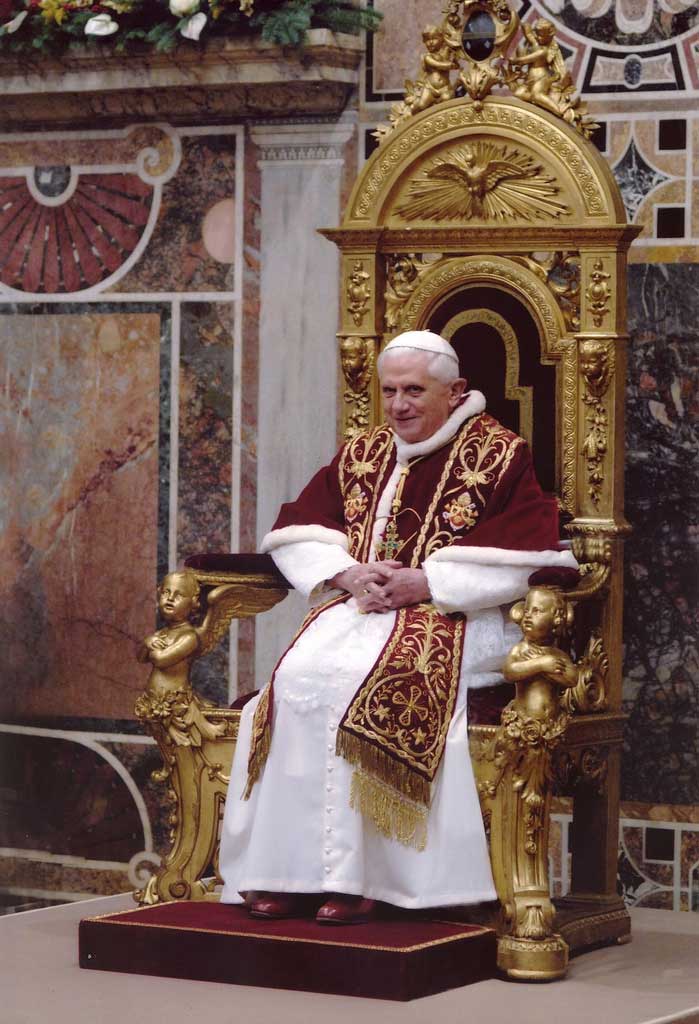 I pray your Imperial Piety to observe that there are some frivolous things that are inoffensive, but also some things that are very hurtful. When Antichrist shall come and call himself God, it will be in itself a perfectly frivolous thing, but a very pernicious one. If we choose to consider the number of syllables in this word [Deus], we find but two, but if we conceive the weight of iniquity of this title, we shall find it enormous. I say it without the least hesitation, whosoever styles himself the universal bishop, or desires this title, is, by his pride, the precursor of Antichrist, because he thus attempts to raise himself above the others. The error into which he falls springs from pride equal to that of Antichrist; for as the Wicked One wished to be regarded as exalted above other men, like a god, so likewise whoever would be called sole bishop exalteth himself above others. From a letter of St Gregory the Great and Preacher of Dialogues to the Emperor of Constantinople.

It's an interesting question. Is the pope Antichrist? Will the Antichrist be a pope? Have there been a succession of popes, since the days of, say, Nicholas I, who have been Christ's enemy according to the Scriptures? What would be the scriptural qualities of Antichrist? Is there such a person as "the" Antichrist? I am not so prejudiced as to completely dismiss all incumbents of the Roman see. The see of Rome is a scandal and a fallen bishoprick, once illustrious and glorious and a defender of orthodoxy, she is now wholly degraded. But there have been a number of popes, even very recent ones, who have been gentlemanly and scholarly; Benedict XIV (1740-58) is an obvious example. Yet such great men as these are lost amidst such men as Urban VIII (1623-44) who corrupted the hymns of the Breviary and, having ordered the removal of antient bronze girders from the Pantheon, with which to furnish the apostolic palace, it was afterwards said of him, quod non fecerunt barbari, fecerunt Barberini. Or pope Leo XII (1823-29), described by one contemporary as a "ferocious fanatic," who did his utmost to oppress the unhappy dwellers in that beautiful and fertile land.

John Calvin once admitted that Rome had been the mother of all the churches but had ceased to be what she was when she became the seat of Antichrist. I would say it were foolish to say that there was once a godly pope and his immediate successor and all subsequent popes were Antichrist. Rather, like the evolution of man (mulier erecta did not give birth to the first homo sapiens), there was no recognisably "first" Antichrist pope in an ontological sense. With the passing of the years, the popes assumed unto themselves more honours, more riches and, listening ever to the subtle promptings of that enemy of our salvation, mingled the deleterious toxic of heresy with the clear waters of orthodoxy. The Filioque corrupts the Godhead; papal infallibility and supremacy distort the divinely received threefold order of bishops, priests and deacons; purgatorial fire (as interpreted in such writings as More's Supplication of Souls) is superfluous to the Gospel; transubstantiation makes a mockery of Christ's Real Presence and renders the Lord's Supper an act of sorcery; a "code" of Canon Law is expressly contrary to the concept of ecclesiastical law; Summorum Pontificum propagates deliberate lies, etc. All these things, contrary to Christ's ordinances and the Tradition of the Church, being happily maintained by the popes represent, to me, less the mantle and countenance of a kindly, but misguided, old man as the deliberate, gigantic fraud and scandal of this world.

So, is the pope Antichrist? Well, possibly...
Posted by Patrick Sheridan at 9:00 am
Email ThisBlogThis!Share to TwitterShare to FacebookShare to Pinterest