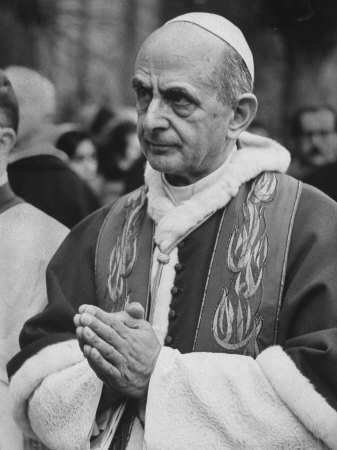 Paul VI; there's another one too...

"In conclusion, we wish to give the force of law to all that we have set forth concerning the new Roman Missal. In promulgating the official edition of the Roman Missal, Our predecessor, St. Pius V, presented it as an instrument of liturgical unity and as a witness to the purity of the worship the Church. While leaving room in the new Missal, according to the order of the Second Vatican Council, "for legitimate variations and adaptations," we hope nevertheless that the Missal will be received by the faithful as an instrument which bears witness to and which affirms the common unity of all. Thus, in the great diversity of languages, one unique prayer will rise as an acceptable offering to our Father in heaven, through our High-Priest Jesus Christ, in the Holy Spirit.


"We order that the prescriptions of this Constitution go into effect November 30th of this year, the first Sunday of Advent.


"We wish that these Our decrees and prescriptions may be firm and effective now and in the future, notwithstanding, to the extent necessary, the apostolic constitutions and ordinances issued by Our predecessors, and other prescriptions, even those deserving particular mention and derogation."
(The abrogatory clause of the Apostolic Constitution, Missale Romanum (1969), which promulgated the New Missal).
In Summorum Pontificum we read:
"As for the use of the 1962 Missal as a Forma extraordinaria of the liturgy of the Mass, I would like to draw attention to the fact that this Missal was never juridically abrogated and, consequently, in principle, was always permitted." 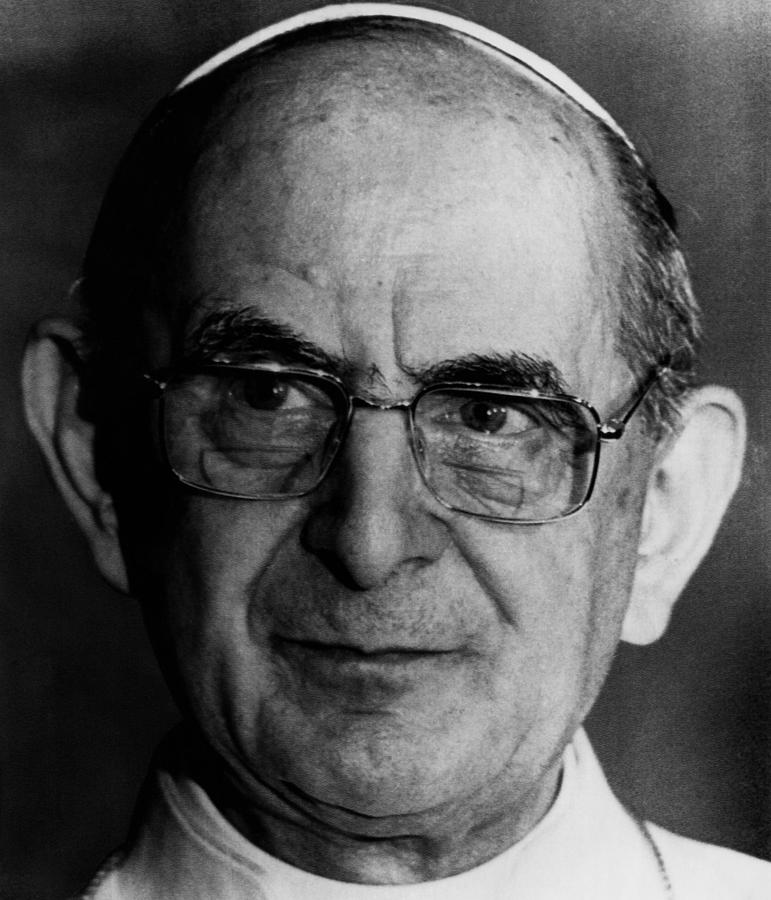 Is this the imposter who kidnapped the real pope and replaced the cardinals with Freemasons and liberals? The real Paul VI, now 117 years old, must be living in the Amazon rainforest awaiting a change of days!
On the contrary, the liturgical books of 1962 underwent increasing derogation during the 1960's and were finally, as you can read above, juridically abrogated by the highest authority in the Roman communion. They were never permitted in principle. Conspiracy theories about being deprived of particular forms of liturgy by unsympathetic diocesan bishops just seem like hot air to me and very characteristic of your average traditionalist. The restoration of liturgical authority to the bishops by Paul VI was a good thing and a boon for the Roman church. If only we could see a return to those days, but it might come soon enough. I have said before that I have high hopes for pope Francis, but perhaps liturgy is not his first priority?
Posted by Patrick Sheridan at 8:00 am
Email ThisBlogThis!Share to TwitterShare to FacebookShare to Pinterest