Lewis, Lefebvre and such... 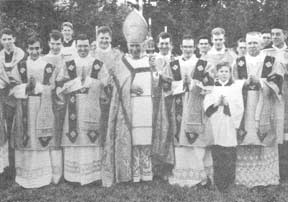 Fr Hunwicke has been synthesising the works of C.S Lewis and Marcel Lefebvre recently. Confessedly, I never thought I'd see those two names in the same sentence. I wouldn't presume to disagree with a man as well-read as Fr Hunwicke lightly but my impression of Lewis and Lefebvre is that the only thing they had in common was their distinct lack of subtlety. They were otherwise two very different men. I doubt either of them would have accepted the Ordinariates. Lewis, I expect, would view them in much the same way as I do: Rome, being a monster with an insatiable hunger, glut to the point of bursting the traditions of churches other than herself. Lewis remained (as Tolkien often said) an "Ulster Protestant," despite the more catholic elements in his apologetical works. Lefebvre would undoubtedly have viewed the Ordinariates with suspicion too, though for very different reasons. The raison d'être of his Society was to oppose such innovations as ecumenism (those terrible other "Christians"), the use of vernacular tongues in the Mass (the Greeks and the Protestants are all wrong!) and the adulteration of the liturgical texts (ha!). For the "Conciliar" Church to create a body in which these things would be enshrined would be anathema to him; a modernist error! Incidentally, is anybody aware of an official position of the $$PX on the Ordinariates? Do they see the adoption of Cranmerian texts by Rome, hitherto condemned by popes as "impious rites," as a legitimate enrichment of the Roman liturgical tradition? I have read tracts on Lefebvrist and Sedevacantist websites attacking the very notion of vernacular liturgy! 10 years ago, when I was giving serious thought to joining the Lefebvrists, I'd have been up in arms about even the faintest suggestion that Rome would sanction elements of Cranmer into our Tradition. First the "mess" of Bugnini, now this? What could Cranmer, who was certainly Satan himself, have to offer our glorious rite of 1962, which is the culmination of all liturgical perfection?

Some have argued, even recently, that my position on 1962 is a bit extreme. They have said that 1962 is in some sense the stimulant of tradition; that as the 1962 missal was the building block upon which the later liturgical reforms were built, so the 1962 missal can be seen, in the light of Summorum Pontificum, as the building block upon which to reconstruct a holistic liturgical tradition for the modern Church. They then consider the Ordinariates in conjunction with 1962 (despite their hybrid rites) as an enrichment of modern praxis, indeed the "mutual enrichment," envisioned by Benedict XVI. This amazes me! For on the one hand they admit that the state of the Roman liturgy in 1962 was...what would they say, exactly...imperfect? In fact a Dr Kwasniewski, in his article on the New Liturgical Movement condemning 1965, suggested that "1964" was "the beginning of the end," a position which seems arbitrary to me. But on the other hand they have no qualms about supporting the use of 1962 as a forma extraordinaria as an official adjunct to the rite of Paul VI until some nebulous other time. There are several things to say about that:

1. The premise that the 1962 Missal was never juridically abrogated has proven to be a lie. The prominence of this edition of the MR is due entirely to its imposition in the Society of Pius X by Marcel Lefebvre in 1983, a decision which had its uttermost origins in the liturgical heteropraxis of many Lefebvrists at the time (including the man himself).

2. There was considerable outrage in the Seminary at Ridgefield when, in the name of "unity," Lefebvre imposed the liturgical books of 1962. The Reverend Fr Eugene Berry composed a letter to Lefebvre, signed by eight other priests of the Society (the "naughty nine"), in which he said:

"Our people would be shocked by any liturgical change. To introduce a change in the direction of the Council would be seen as one step toward the changes of the 1960's. We simply could not stand up in front of our congregations and tell them that we were abandoning the Missal, Calendar and Breviary of our Holy Patron, St. Pius X, for that of John XXIII — one, the greatest pope of the century, the other, the originator of the aggiornamento whose effects remain with us today." 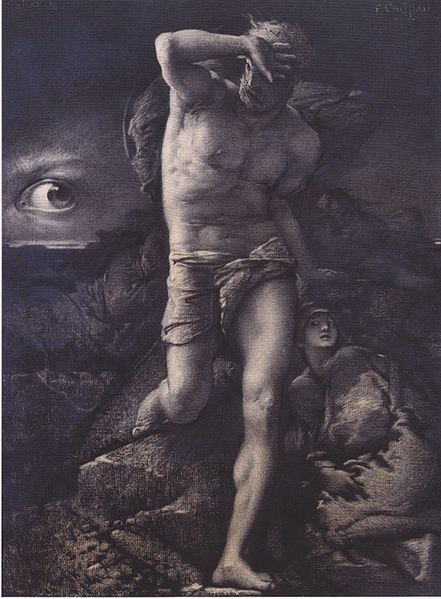 They were all of them forced out by Lefebvre less than a month later. In after days it was seen that the liturgical books of 1962 guaranteed not unity, but hatred and division.

3. What Fr Berry says rings very true for me. It is true, and this is a point in which we are all in agreement, that the average parishioner is not a liturgical expert; he is a bus driver with a mortgage! And so, why would he go to a "traditionalist" church? He would go there earnestly, in good faith and without guile seeking "Tradition." Now this presents something of a moral problem for all concerned when what he is presented with on Sundays and Feasts is anything but Tradition, especially when the priest in charge, the serving team, the choir etc all know that what they do is contrary to Church Tradition. During Lent, for example, our bus driver might expect to see the ministers of high Mass in planetic plicatis, a self-evident distinction between traditional praxis and the rite of 1962; but, expecting Miranda, he is greeted by Caliban!

4. As has been noted, the modern traditionalist maintains his "sober" aversion to the rite of 1962 yet concedes to its prolific use. Therefore when people like Fr Berry and I come out and condemn use of the rite of 1962 on moral, canonical, liturgical, aesthetic and customary grounds it cannot be born. To discredit our position we are labelled extremists, liturgical fetishists, that we revel in the exaltation of form over substance and that our views are not in accord with the sentiments of the bus driver or the old Irish peasant woman. I say, on the contrary! My views and those of Fr Berry are at the service of the parishioner. They, not us, are the salt of the earth and they come to church in good faith expecting nothing less than the most sublime sacrifice of praise to the glory of God. You, the 62ists, are the extremists! You seek the mastery of every parish and to keep the parishioners thereof in ignorance of their tradition. When, pray, is this fanciful future time when use of the liturgical books of 1962 will cease to be expedient? Doomsday, perhaps? Until then you make an arbitrary set of principles the litmus test of their loyalty; as arbitrary as, "don't pick your nose in church but you may scratch your testicles." Ye blind guides which strain at a gnat and swallow a camel!

All this is just to say that use of the rite of 1962 is a profound moral sin. It is a grotesque affront to the innocent and the simple. They ask you for Tradition and you give them novelty. Are you sick?
Posted by Patrick Sheridan at 9:00 am
Email ThisBlogThis!Share to TwitterShare to FacebookShare to Pinterest