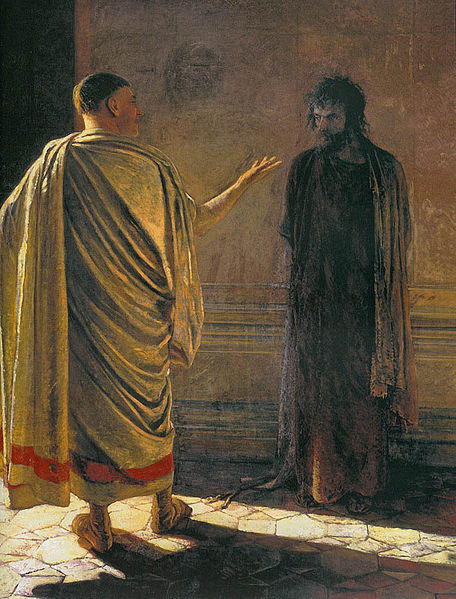 Nineteen Eighty-Four by George Orwell is one of a handful of books I would recommend, equally commendable as The Naked Civil Servant by Quentin Crisp for its sheer frankness and applicability. During his torture in the Ministry of Truth, Smith was interrogated by O'Brien the dutiful servant of the Party. At several points Smith felt the frustration of knowing the truth and being unable to prove it because his audience (O'Brien) had deliberately and systematically confounded the truth with lies and myths; the Party had declared truth to be indistinguishable from falsehood. So it is with Benedict XVI's declaration that the 1962 missal was never juridically abrogated. I have challenged the pope's declaration, much like Smith challenged the nature of reality as declared by the Party, but the silent indifference of the traditionalists crushes me like a bludgeon because we know, we know, that we are in the right. The pope said to the English bishops once that truth was not subject to a majority vote; and this is true, Truth has a sovereignty of its own quite apart from human beings with all their deceit and willingness to follow crowds. Metaphysics is not my strong point but I would say that this is because Truth is an emanation of Divinity inextricably linked to Creation. Why then, given the nature of Truth, are the traditionalists so willing to accept the claim that the 1962 missal was never juridically abrogated? It is false! You are not bound, even as Roman Catholics, to accept lies and assent to them as one would to the doctrine of the Hypostatic Union or the Virgin Birth!

Relativism is one of the chief enemies of Christianity. Perhaps the Papacy has become so advanced in lying that popes have no qualms at all about presenting lies as truth? What better way of shutting off the paths to men's salvation! Make truth seem hateful by confounding it with heresy and command obedience to a set of lies. If liturgical renewal is to bear any fruits in blessedness then it must stem from the Truth and not falsehood. I can think of no instance where falsehood has availed anyone, whatever the intention.
Posted by Patrick Sheridan at 7:00 am
Email ThisBlogThis!Share to TwitterShare to FacebookShare to Pinterest