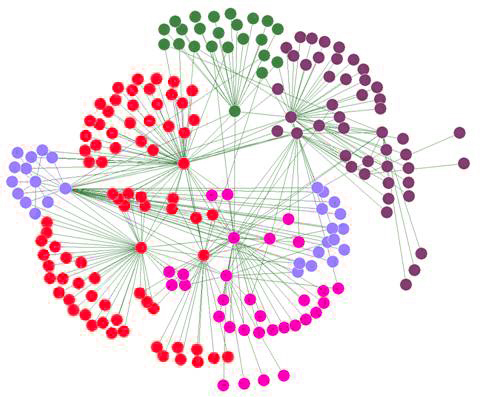 I am deeply suspicious of social networking sites. Years ago I made use of chat rooms and Facebook and all those other things when they were quite new but they became very addictive; so much so that it seemed that life was lived by and through the social networks rather than in the real world. I would spend hours looking at a screen or my iPhone (soon to go), waiting for people to shew up and "like" or comment upon any comments made on a whim. One time I think I typed out that I had just eaten some toast with marmalade. I didn't publish this because it was banal, boring and even mildly distasteful and certainly required no comment. Yet many people live their lives on this rubbish. If you feel called to living your life through the medium of your computer, why not read books online? I could entertain myself for years at a time reading Tolkien; sometimes I don't even require a book. There are characters in books far more interesting than real people. Or if you think that other people aren't a mistake, why not go out and engage with them in the flesh? Some weeks ago I met a friend of mine at Westminster Abbey and after the service we went into the yard and he said to me, "you must excuse me; I need to update my Facebook," so I turned to one side as he typed something out on his iPhone. He then turned to me and asked if his "status" seemed suitable enough for publication. I thought better of saying, "what difference does it make?" so I said, "oh, it's fine." It's like keeping up with the Jones,' or being in a small room where everybody is speaking and nobody is listening. I hope I am painting a thoroughly depressing picture for you all for that is, to me, the reality of social networks.

An elderly priest of my acquaintance admonished me over dinner once that if I continued to cut myself off from the modern world I'd end up being left behind and entirely alone. It was all right for him, said he, as he is old and past it. I have, if I am not soon lynched by a mob of ugly lesbians, 50 years to go or so and in the time close to my demise I foresee that real interaction betwixt peoples will have ceased altogether. There will be no more marriages, just brief, disgusting liaisons. There will be no more friendships, just superficial partnerships with each using the full force of his personality to use and destroy the other. Think of that! All this could well be caused by the dominion of social networks over men's lives. The evil of indoor toilets has already been demonstrated in falling church attendance. Very soon your best friend may turn out to be your worst enemy simply because he was following you on Twitter. You may be given the sack because one of your connexions on LinkedIn sabotaged your life's work in order to better his own life. So you can understand why I am enraged by the mere fact of the existence of social networks.

All this is to say that I am not interested in joining or re-joining social networking sites. I am not now a member of any such site and I do not wish for any invitations to join them. May I then ask you all to delete your social network accounts as a litmus test of your Orthodoxy? If you like soapboxes and shewing off then, by all means, stay connected with your online friends, many of whom I am quite sure you've never actually met; if you prefer your own company and the society of real people, then that is different. There is no real reason, to my mind, for bothering with online friends.
Posted by Patrick Sheridan at 9:00 am
Email ThisBlogThis!Share to TwitterShare to FacebookShare to Pinterest