And that made all the difference... 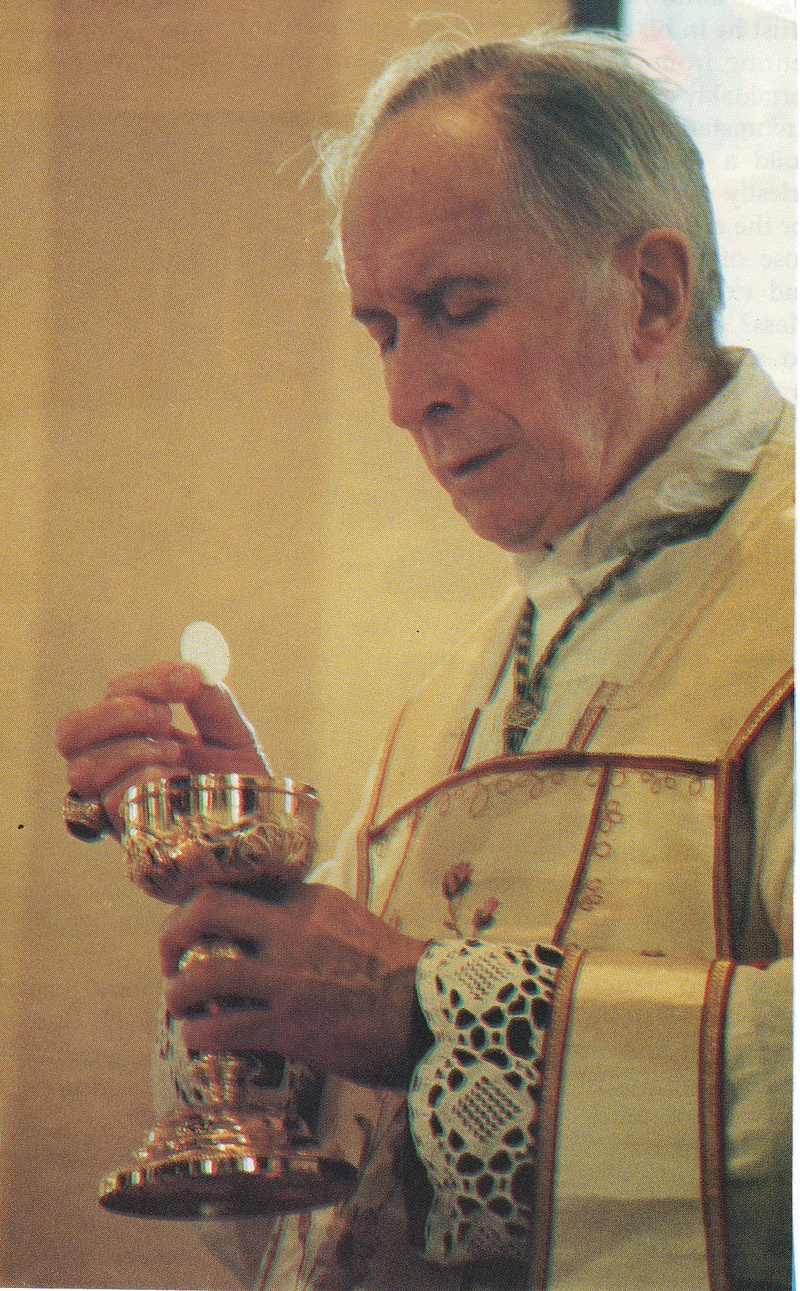 I sometimes wonder whether Marcel Lefebvre practised sorcery. How else can one account for his profound influence over modern RC discipline in matters liturgical? I mean, if contemporary traditionalists were to look to his works, to his legacy aright they might see that his followers revel in schism and rejoice in the slightness of their numbers, being the party of the "elect," and that Lefebvre's writings read like the last, desperate words of a defeated imperialist. I was at a party recently and blanched visibly when I met a Lefebvrist. She told me, "I can't believe in a religion without transubstantiation." So I said, "well, one can believe in the Real Presence without necessarily adhering to the doctrine of transubstantiation. It is only 800 years old." And she said, "I understand what you mean but transubstantiation is at the heart of the Mass." It was entirely hopeless so I changed the subject. My thoughts then went back to all the arguments I had ever had with traditionalists, you know about "tradition," and I thought it doesn't matter to them. So long as a priest comes out in a stiff chasuble, utters a few inaudible prayers in Latin with his back turned and then lifts up a wafer, that's it. That is the sum total of their religion. And so all arguments about the necessity of certain ceremonies, about Paschal Mattins and Lauds, about the correct psalms for Tenebrae, Palm Sunday in violet or red, Tomus Prior and Tomus Alter, Signum Magnum, San Giuseppe Comunista, and all those other things, they are negligible; a complete waste of time. Transubstantiation makes all the difference. So long as you're there to witness the elevation, and you have the pope's portrait over the mantelpiece, everything else might as well disappear, even Christ himself. It's like a woman going to Paris for the first time in search of the finest, most historical church: she goes to Sacre Coeur. She is not dissuaded by her friends, she is encouraged because Sacre Coeur is the most beautiful and the oldest church in France, a fact easily deduced by its dedication. Or a woman who attends a real Palm Sunday, with violet throughout, the full solemn blessing, the procession of palms complete with subdiaconal seeking of admittance to the church, the full sung Passion narrative with three deacons, etc...she takes photos but misses out all the interesting, important things scrapped by the Papacy. She photographs the two major elevations, something which is in no sense different from any other celebration of Mass.

This is Lefebvre's legacy: the profound ignorance of his followers. It's a complete waste of time trying to remonstrate with any of them because they're not interested. Rome would do well to shelve any attempts at reconciliation because, as I have said, they delight in their schism and sense of triumphalism. They despise mainstream Roman Catholicks because they do not identify their catholicity in terms of schism and hatred. May Lefebvre be damned by Jesus Christ.
Posted by Patrick Sheridan at 3:00 pm
Email ThisBlogThis!Share to TwitterShare to FacebookShare to Pinterest