The argument from the cheese sandwich... 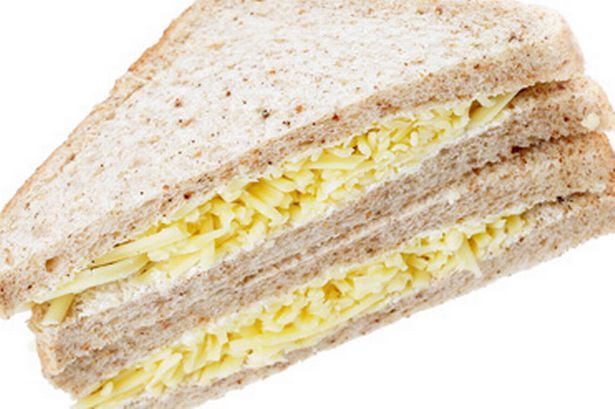 In 1648 the Eorl of Pembroke, seeking to establish the sovereignty of Parliament, declared that Parliament could do anything but make a man a woman and a woman a man. Of course, ten years ago Parliament did exactly that with the Gender Recognition Act. So to what extent is the Law a reflection of reality? Can I say to my line manager at work that I am a cheese sandwich and expect him to believe me? Well, of course I can! Let me explain:

If I believe sincerely that I am a cheese sandwich, and my line manager also thinks that (to my face), then I am a cheese sandwich. This is by no means a meaningless proposition anymore than a deliberate manipulation of reality. It's about respect and tolerance of individuality and this applies, in principle, to the question of gay marriage. As the "honourable" Mr Lammy has said, "separation without equality is a fraud." It matters not that "same sex marriage" was never heard of 20 years ago, it's a matter of fundamental import to many people to-day, just like the matter of the wonderful 1962 missal for use in super-happy-fun land.

So how can I get the fact of my being a cheese sandwich into legislation? Well, I could start a campaign, set up camp at Parliament Square, go door to door seeking further support, and then maybe sneak some blue powder into the House of Commons and throw it at the Prime Minister. Then a few months down the line a law could be passed declaring that people who think they are cheese sandwiches are not to be discriminated against but treated with the same dignity and respect as the latest gay married couple. A magnanimous day for cheese sandwiches everywhere.

Of course, my thinking that I am a cheese sandwich is not reality, is it? Therefore, for a law to be passed that protected me from discrimination based on that belief would not be a reflection of reality, would it? It's completely deranged. It throws the whole question of law into oblivion. If a law is established on a posteriori premises, and the reality is that I am a human being, then I am a human being whether or not I believe I am a cheese sandwich. But it doesn't matter. Truth is a legal concept just as malleable as a piece of playdough. If, as a cheese sandwich, I have a grievance that I am discriminated against on grounds that other people think I am completely loopy, then I am all set! Everybody else is wrong because reality is in the mind, my mind. And so if a law is passed declaring that people are whatever they say they are, then that is reality. The grass is blue, the sea is red because Parliament says so, and Parliament is sovereign.
Posted by Patrick Sheridan at 9:00 am
Email ThisBlogThis!Share to TwitterShare to FacebookShare to Pinterest