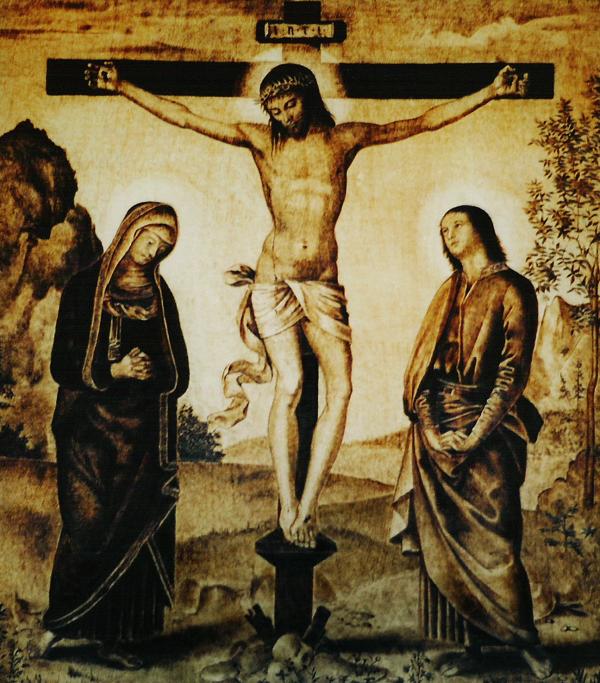 "Unhappy was the Jewish people, that they were so unbelieving. All creatures acknowledged their Creator, save only the Jews. Heaven acknowledged the birth of Christ; for when he was born a new star was seen. The sea acknowledged Christ, when he went with dry feet upon its waves. Earth acknowledged him, when it all trembled at Christ's resurrection. The sun acknowledged him, when it was darkened at Christ's passion from midday to the ninth hour. The stones acknowledged him, when they burst asunder at their Creator's departure. Hell acknowledged Christ, when it let forth its captives, through the harrowing of Jesus. And yet the hardhearted Jews, through all these signs, would not incline with faith to the merciful Jesus, who will help all men who believe in him. But let us believe that God the Father was ever without beginning, and that the Son was ever begotten of the Father; for he is the Wisdom and Power through which the Father hath created all creatures; and they were all quickened by the Holy Ghost who is the will and love of the Father; these three one God indivisible, existing in one Godhead, all equally powerful, for whatsoever is less and less powerful, that is not God. But the Father sent the Son for our redemption, and he alone assumed human nature and suffered death of his own will, and arose from death on the third day, and ascended to heaven on the fortieth day after his resurrection, before the sight of many men and ruleth with the Almighty Father and the Holy Ghost now and ever and to the ages of ages. Amen." Ælfric of Eynsham, English Abbot from the happy time when England was still Orthodox.
Posted by Patrick Sheridan at 8:00 am
Email ThisBlogThis!Share to TwitterShare to FacebookShare to Pinterest