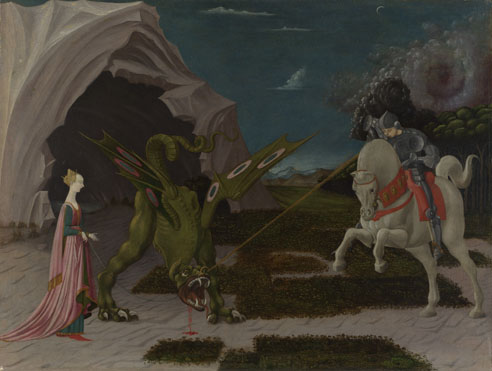 That's right, I had to be reminded that it's St George's Day. I was rather surprised that Google had a St George-themed cartoon, complete with anachronistic cruciform shield and fiery dragon. Having said that, I have never really liked St George and think his patronage of England should be removed and given once again to St Edward the Confessor. I don't know, perhaps people might take English Christianity more seriously if its patron saint was not garbled in legends? And how many people in this country really care that it's St George's Day? I can't say I know of another country whose "national holiday" is so conspicuously ignored. And is it telling that as a patriot myself I am not even that keen on the national holiday? As someone with Irish ancestry, I am slightly less embarrassed by St Patrick's Day. At least he had some connexion with Ireland! But no, in the evening of our time I think it more decorous to quietly keep St Edward the Confessor in our hearts when his feast comes around in October. When he died 950 years ago, it was on the brink of an invasion that adulterated our language, religion and culture forever. I will not belabour the obvious parallel with our own time.

So, I do not wish people a happy St George's Day. The day is just a painful reminder of what's wrong with this country.
Posted by Patrick Sheridan at 11:34 am
Email ThisBlogThis!Share to TwitterShare to FacebookShare to Pinterest