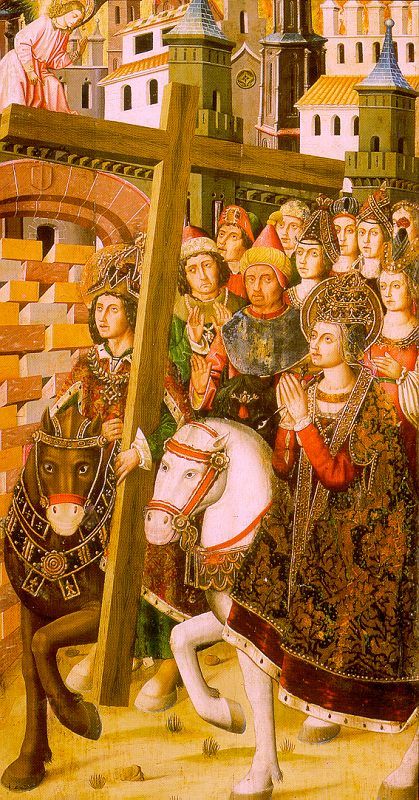 For those of you who are members of the Henry Bradshaw Society, there is a very good tome in the subsidia series entitled The Liturgy of the Late Anglo-Saxon Church which has an informative chapter on the Sign of the Cross and its relative greatness in Saxon poetry and liturgy. The old English divines and poets were genius to draw on the recurring motifs of blessing in the Old Testament and to apply them to Christ's rood token. Why? Simply because Christ, as λόγος, is ever present in time and typology, the Word is present before and throughout Creation and the promise of salvation in the Old Testament prophecies is fulfilled in Christ's holy cross. Æthelwulf's genealogy, for example, reaches back through the ante-diluvian patriarchs to Adam and concludes, et pater noster est Christus, Amen. Time, centered on the Cross, is seen as both linear and cyclical. Typologically, I refer you to the Dream of the Rood which draws parallels between the Cross and the pillar of fire from Exodus; both being described as "trees of glory." Liturgically, this comparison is also seen in the blessing of the paschal candle in the Winchcombe Sacramentary:

There are many other instances told in the tome; the tree of life, the cross, the blessing of Noah's ark, the rod of Moses, the tree of Nabochodonossor's dream in Daniel. Christ is lifted high on the Cross and reigns therefrom. And so making the sign of the cross in faith we are drawn to Christ as by grace. There's a wonderful inscription under an illustration of the Cross in Ælfwine's Prayerbook which reads: "Haec crux consignet Ælfwinum corpore mente. In qua suspendens traxit Deus omnia secum." This is a wonderful thing to have said. Just as at that dreadful moment when St Mary and St John beheld their LORD crucified, so we, in making the sign of the cross, are drawn back (traxit) to Christ (secum); past, present and future are united in that timeless moment when Christ was uplifted and, as at His birth, was, in humility, shewn forth as the Saviour. This has occurred to me in this very hour of writing but this is essentially the reason Chrsitianity is true. I refer you, as ever, to The Lord of the Rings for that; The Field of Cormallen specifically. The sentiments expressed therein are echoed in Tolkien's letters too. 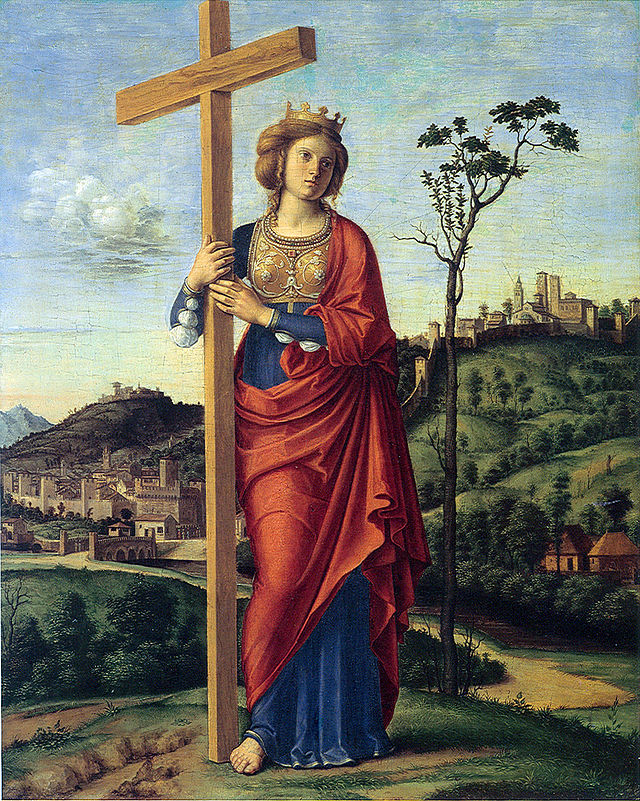 A lot of Anglo-Saxon stuff was collected and collated by Archbishop Parker, whose principle motive for doing so was to equate the Protestant Elizabethan Church with the Church of our long fathers of old before the Normans brought Popery to these shores and therefore to establish legitimacy for the new Prayer Book order. I don't know how successful he was because I've never read his stuff, but I'd like to. +Parker's view, and my own, is that the Saxons had a concept of royal supremacy in the Church. It wouldn't have been analogous to "supreme head/governor" because the concept of Dieu et mon droit, a Plantagenet thing, hadn't been worked out but it probably indicates Byzantine influence.

On the subject of the Byzantines, when the Emperor Heraclius brought the True Cross from Persia into Constantinople the people rejoiced with great joy but not long afterwards the Arabs poured like lava out of Arabia and captured Jerusalem. As Tolkien would have said, we are doomed to be in retreat. The ravages of heathen men may miserably destroy our churches, our monasteries and our culture but we if look to the Cross and sign ourselves with the mystical token thereof we can turn back the evil tide, if only in our hearts.

Of course, if you follow the traditional, Mass of Ages kalendar to-day has no cruciform significance whatever.


St Helena, pray for us.
Posted by Patrick Sheridan at 9:00 am
Email ThisBlogThis!Share to TwitterShare to FacebookShare to Pinterest