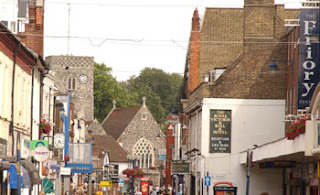 Well, what I'd foreseen months ago has finally come to pass. I've been sacked. Reasons include the usual euphemistic stuff about ability, reasonable readjustment and not being proactive enough. The manager was magnanimous in saying, as we parted, that she was quite sure I'd find something at which I would excel before long. I laughed but could think of nothing witty to say. I've always secretly wanted to experience dismissal. I suppose this secret longing is due to my constant need to complain about something, an almost certain element of debauchery. Then there is the need to obviate the kind of personal failure I feel in myself, a way of saying: "I am unemployed because they sacked me." At Morrisons I was tolerated because I was an embarrassing part of the furniture. At the bank I had no such security. And to be frank, after eight months sickness I could do nothing but profess carelessness about my responsibilities to my employer anyway. I stopped fulfilling my part of the arrangement (updating sick notes, going every week to my local branch to look for internal vacancies, &c) weeks ago. They were eager to get rid of me and I was more than happy to go.

Now comes the difficult part: successfully deceiving a new employer into thinking I am competent enough to be given a new job, at which I will struggle to do even badly before he comes to his senses and I am in this position again. The only difference, when the cycle repeats itself, is that I shall be older, more bitter, and less likely to be given another job than I was this time round. I think in my defence to-day I said something like I was so much more than a grunt in a warehouse moving pallets and cases about...but I'm beginning to wonder.
Posted by Patrick Sheridan at 1:47 pm
Email ThisBlogThis!Share to TwitterShare to FacebookShare to Pinterest