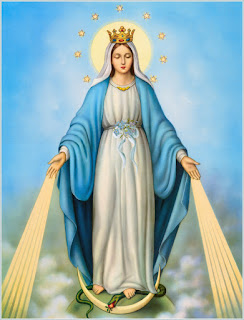 The most obvious question: where is Christ?

Fr Andrew has excelled himself once again in this succinct piece over on Orthodox England. He says:


"The crisis of masculinity (and so of femininity also) began in Western Europe in the second half of the eleventh century. This was when the most powerful men in Western Europe introduced compulsory clerical celibacy in a shocking revolution that ran counter to the Christian Tradition up until then. This revolution itself, which was caused by and led directly to what is now known as clericalism, was an anti-woman phenomenon, an act of misogyny, for it asserted that women were unworthy to share in priests’ lives. It is no surprise to learn that many of those behind this revolutionary innovation were homosexuals (1). However, although initially expressing hatred for women, the revolution came to bring hatred for men too – by metaphorically castrating them, making them less than real men."

I used to think that clerical celibacy was right and proper, and foolishly looked down at married priests. Then I realised that chastity and celibacy were not interpenetrating qualities. Roman controversialists might deny any link between enforced clerical celibacy and the absolute horror of child molestation but these sins (see Mark 9:42) really do demonstrate the danger of sexual repression among men. This is not my area, and it's not for me to pick up where Fr Andrew has left off, but I do. All this stuff is related. The so-called "Gregorian reforms," attributed falsely by their zealous proponents to St Gregory the Great and Preacher of Dialogues (who would no doubt have been horrified by them), were a fundamentally secular revolution, not unlike the rather secular reforms of the Second Vatican Council. Carried all over Europe by the Romanising monks of Cluny, the proto-Ultramontane party of the early feudal world, these reforms destroyed Orthodoxy in Western Europe and established Popery in its place. Feudalism, enforced celibacy, the sharp disparity between Church and State (epitomised in the Road to Canossa and the murder of Thomas Becket), legends and images of St Mary that obliterate the divine motherhood, the maintenance of Latin, the decline of liturgy as corporate worship and its confinement to portable breviaries, competing religious orders, &c. These are just some of the subjects that have their uttermost origin in this secular revolution. In fact, it's not too much of a stretch to attribute the driving force for the liturgical reforms of the 20th century to the Gregorian revolution 900 years previous.

I can't remember who said it but the pope, celibacy and Latin are the only three things Roman Catholics care about.
Posted by Patrick Sheridan at 6:38 pm
Email ThisBlogThis!Share to TwitterShare to FacebookShare to Pinterest