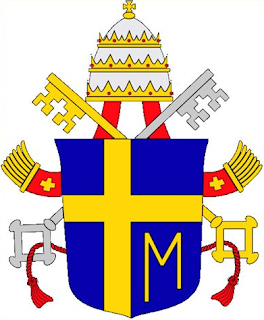 "But the apparent success of the Papacy when closely examined cannot be justly pronounced legitimate, or fairly won. Rome ever swims with the tide. The evils and passions of society, which a true benefactress would have made it her business to cure - at least, to alleviate - Rome has studied rather to foster into strength, that she might be borne to power on the foul current which she herself had created. Amid battles, bloodshed, and confusion, has her path lain. The edicts of subservient councils, the forgeries of hireling priests, the arms of craven monarchs, and the thunderbolts of excommunication have never been wanting to open her path. Exploits won by weapons of this sort are what her historians delight to chronicle. These are the victories that constitute her glory! Yet another great deduction from the apparent grandeur of her success is the success of the clergy. During her early career, the Roman Church rendered certain important services to society but when she grew to maturity all acknowledge that her principles implied the ruin of all interests save her own.

"But the career of Rome, with all the fictitious brilliance that encompasses it, is utterly eclipsed when placed beside the silent and sublime progress of the Gospel. The latter we see winning its way over mighty obstacles solely by the force and sweetness of its own truth. It touches the deep wounds of society only to heal them. It speaks not to awaken but to hush the rough voice of strife and war. It enlightens, purifies, and blesses men wherever it comes, and it does all this so gently and unboastingly! Reviled, it reviles not again. For curses it returns blessings. It unsheathes no sword; it spills no blood. Cast into chains, its victories are as many as when free, and more glorious; dragged to the stake and burned, from the ashes of the martyr there start up a thousand confessors, to speed on its career and swell the glory of its triumph. Compared with this how different has been the career of Rome! - as different, in fact, as the thundercloud which comes onward, mantling the skies in gloom and scathing the earth with fiery bolts, is different from the morning descending from the mountain-tops, scattering around it the silvery light, and awakening at its presence songs of joy." The History of Protestantism by Rev. James A. Wylie, sometime Lecturer in Popery at the Scottish Protestant Institute.

"Rome ever swims with the tide" is the most salient point. One time it was acceptable for popes to confine Jews to ghettos. Now we have a pope who says that anyone who takes even an anti-Zionist position is an anti-Semite. At one time popes said that the separation of church and state was an absurd notion; now the pope says the opposite, among many other total reversals in doctrine. Ever read the "syllabus of errors" and Gaudium et Spes in the same afternoon? They might as well be penned by two opposing organisations! Why these changes? Please don't entertain the notion that it is some newfound wisdom. If anything these changes represent a cynical power struggle with the world. Secularism was created by the Papal Communion, who now opposes it and yet simultaneously aligns herself with the godless creature she herself created by her own secularising reforms. Rome is not interested in the salvation (or damnation) of souls. She is only interested in herself and her own preservation. Isn't it about time this monstrous institution was administered its long-overdue death blow?
Posted by Patrick Sheridan at 9:00 am
Email ThisBlogThis!Share to TwitterShare to FacebookShare to Pinterest