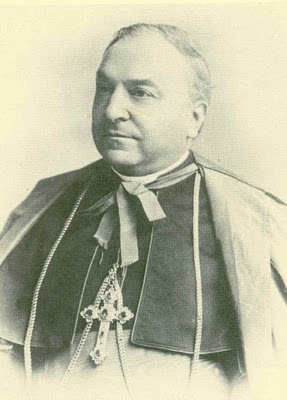 Cardinal Gasparri, the architect of the 1917 Code of Canon Law, who can be said to be the Annibale Bugnini of the canonical reform. I wonder if he too was a Freemason? Eugenio Pacelli was also on the commission to codify the Sacred Canons - the man who later became Pius XII...

Arturo Vasquez of Reditus posted a link to a very interesting article the other day which I heartily recommend. It is an article from The Remnant about the novelty of codifying the Sacred Canons of the Church and how this relates to the questions of liturgical reform and the powers and prerogatives of the Pope. Read the article here.
Here is a snippet of the excellent article:
One way to see the stark difference in approach between Traditional legal systems and modern ones (such as the Code of Canon Law) is to look at the relationship between authority and time. In the modern liberal system, authority is linked to novelty. The newer the law, the more authority it carries. Thus, the 1983 Code of Canon Law has greater authority over provisions in the 1917 Code because it has been enacted more recently.
The Traditional understanding of law was just the opposite. The older a particular law or legal norm could be demonstrated to be, the greater authority attributed to it. Customs which existed “since the memory of man runneth not to the contrary” were seen as much more reliable, and thus authoritative, than newer and novel norms. Opinions of ancient thinkers, jurists, philosophers, popes and saints that had stood the test of time were more authoritative than something dreamed up yesterday. Again the ancient attitude is filled with humility and acceptance of human failing.
Posted by Patrick Sheridan at 1:38 pm
Email ThisBlogThis!Share to TwitterShare to FacebookShare to Pinterest