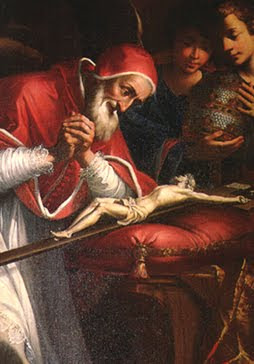 Whilst looking for something entirely unrelated, I stumbled upon this. I can add nothing more than to observe that like Summorum Pontificum, the now-almost-forgotten (since 2007) Trad argument for '62 from ''immemorial custom'' is a damned lie which comes from the Devil. This article demonstrates that, from the point of view of Canon Law, an argument for the '62 books from a ''custom'' perspective is futile, since custom derives from the worshipping community, not from on high, from whence liturgical law comes. Since the liturgical books of 1962 were imposed by Rome, and were never meant to be anything but a temporary stage in a well-planned and thorough revision of the Roman Rite (to conveniently incorporate the changes of Rubricarum Instructum, inter alia), they cannot be said to have arisen from a legitimate custom, to which all members of Christ's Church have an inherent right. Also how can you argue from immemorial custom by citing Quo Primum, which, contrary to custom, was the imposition of the Tridentine Rite upon the whole Latin Church, even where it was wholly alien? That's like arguing for the establishment of democracy by autocratic means (poor analogy perhaps but I have just realised that I published this post without thinking of one!)I t is therefore doubly wrong to say that all priests have a right to celebrate according to the '62 books, since not only were they juridically abrogated by successive revisions during the 1960s (and the Roman Rite as it was in 1962 was NEVER allowed as an option), but the '62 books are distinct from other approved Uses within the Roman Rite because they arose not from the worshipping community as customs do, but from the source of liturgical law - Rome - and according to Canon Law the Supreme Pontiff, as legislator for the whole Church, has the right to suppress customs as he sees fit anyway!
Apropos. It is, therefore, permissible to celebrate the Sacrifice of the Mass following the typical edition of the Roman Missal promulgated by Bl. John XXIII in 1962 and never abrogated, as an extraordinary form of the Liturgy of the Church.
As the Grinch would say; wrongo! The question of abrogation seems to have been conveniently passed over by Traditionalists, who desire '62 (or at least some impoverished expression of the Old Rite, vis the abundance of lace, or mixing it up a bit by having the Old Rite but at an inappropriate time). I am still waiting for a response from any prominent Traddie as to whether they honestly believe '62 was never juridically abrogated, and if so to provide me with evidence in the Acta Apostolicae Sedis or some other source bearing the force of liturgical law supporting this spurious claim. I could provide a plethora of liturgical legislation supporting my position, though I think that the abrogatory clause in Missale Romanum (1969) suffices:
''In conclusion, we wish to give the force of law to all that we have set forth concerning the new Roman Missal…. In promulgating the official edition of the Roman Missal, Our predecessor, St. Pius V, presented it as an instrument of liturgical unity and as a witness to the purity of the worship the Church…. While leaving room in the new Missal, according to the order of the Second Vatican Council, ‘for legitimate variations and adaptations,’(SC 38-40) we hope nevertheless that the Missal will be received by the faithful as an instrument which bears witness to and which affirms the common unity of all. … Thus, in the great diversity of languages, one unique prayer will rise as an acceptable offering to our Father in heaven, through our High-Priest Jesus Christ, in the Holy Spirit…. We order that the prescriptions of this Constitution go into effect November 30th of this year, the first Sunday of Advent…. We wish that these Our decrees and prescriptions may be firm and effective now and in the future, notwithstanding, to the extent necessary, the apostolic constitutions and ordinances issued by Our predecessors, and other prescriptions, even those deserving particular mention and derogation.'' 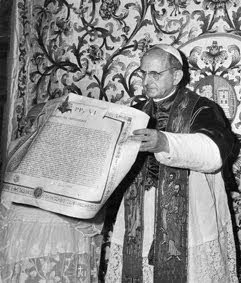 Far from presenting the liturgical books of 1962 as an option it seems quite clear that the revised New Missal is to be normative, and the one expression of the ecclesial Lex Orandi - that is, of course, if you accept any liturgical ruling which comes from Rome. I don't for the record. Since, however, the most recent liturgical legislation in the Roman Church is the more authoritative (in stark contrast to the traditional understanding of the Sacred Canons - that is that the older a particular law could be proved to be, the more force it has), one might well question the worth of previous legislation in the Roman Church. When the next Holy Father revises, or annuls, Summorum Pontificum with the next liturgical constitution (imposing, I have no doubt, the modern Roman lectionary, kalendar, and the rite of the Mass as it was in either 1965 or 1967), I wonder if Traddies will question the present legislation then? Or come to think like me perhaps? Lord only knows.
What would be the best for the Roman Church in matters liturgical? The implementation of Summorum Pontificum? I think not. I personally think a ''grass roots'' endeavour would work better, without ratification (or even knowledge, if you can get away with it) from Rome, where an argument from ''immemorial custom'' would actually make sense.
Posted by Patrick Sheridan at 12:12 pm
Email ThisBlogThis!Share to TwitterShare to FacebookShare to Pinterest