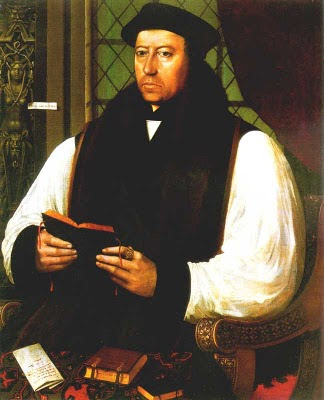 I don't care for vernacular Liturgy. Maybe this is some vestige of growing up and the banal, want-of-translation I was provided with every Sunday and Holyday, or maybe this is something to do with the fact that the Latin language has been used in the Roman Church everywhere for 1500 years. I am adamant about the retention of the Latin language in the Roman Rite...but then, as a Latinist, I am biased.
Old and New ICEL came up in conversation on the Lord's Day. What a waste of time and effort both translations of the Missal were! Old ICEL is simply an appalling translation of the Latin, has successfully managed to remove any sense of the sacred from the liturgical rites, and encapsulates the sort of Bible-in-basic-English mentality, so very condescending and so very undignified, which Tolkien bemoaned even in 1960. New ICEL is, quite similarly, appalling. The problem with translating Latin, especially liturgical Latin into a proper and decorous liturgical English, is the fact that the two languages have two very different structural principles and nuances. How can you remain at once faithful to the Latin text and yet intelligibly convey something sacred, and understanded of the people? The New ICEL translation may be more faithful to the original Latin, but the English is of a rather pretentious, contemporary, sterile and artificial style (hardly vernacular!) which scarcely conveys a sense of the sacred. Even when Latin had long ceased to be a vernacular tongue in the West, and was rather the language of lore and tradition, the Latin of the Liturgy was of a more courteous, lofty and ancient expression, as befits the language of Liturgy; the language of Liturgy serving at once as an outward expression of worship, and for the edification of the Church; hardly the Latin used of the plebeians of ancient Rome! Methinks that this committee of experts in Rome, locked away inventing their new ''vernacular'', know little either of the English language or of the very concept of ''vernacular.''

There really is no such thing as a ''vernacular'' language, precisely because ''vernacular'' tongues are constantly in use, and are therefore constantly changing. As long as words are in use their meaning is going to shift slightly so long as they are applicable to any given nuance or concept, and given to new ones wholly different. However subtle this process is, the language of Liturgy is more important because the language of Liturgy enshrines and reflects the eternal Truths of Faith, which are immutable. I seem to have misplaced my copy of A Bitter Trial, but I am certain that Evelyn Waugh wrote something of this in the mid 1960s, arguing that in some places (such as in parts of Asia and Africa), where as many as three local languages exist side by side, you couldn't possibly provide a real vernacular for all the congregants at once. Some languages have no accurate equivalent to such Christian concepts as the Virgin birth, the Incarnation, a Triune God etc. How are you supposed to convey something Christian in a way that is in any way meaningful, when you have so distanced yourself from the ancestral expression of these truths? The advantage of Latin, as an ancient non-vernacular language, is that the words do not change, neither in form nor nuance, and better reflect, therefore, the Truths of Faith, which do not change. The Latin language is, moreover, a cultural connexion to the Latin Fathers, to the Scholastics, to St Bede - to the whole illustrious Roman Church, even a visible sign of the catholicity of that Church, across the ages and across the lands. I would rather worship in a language understanded of St Bede, to think and meditate like him about concepts surpassing the reach of my thought, than in a language wholly alien to him. This is where New ICEL falls down. I come to Liturgy to await the Advent of the Lord, to bear witness to Christ and to partake of the Sacrament of His Body and Blood, to take part as a Catholic in the Sacred Liturgy, which the very way in which Christ is made known to the Church. The language, the very mode of that solemn expression, is integral to the mystery of Liturgy. What do you get when that language is made sterile by familiarity? If there is to be vernacular Liturgy in the Roman Church, I don't see that this ''vernacular'' necessarily entails absolute intelligibility and familiarity in all modes of expression. Why, for instance, have the committee translated Et cum spiritu tuo as and with your spirit? Why not use thy? The use of the singular pronoun is more important than many people care to think.
I am by no means a Traddie apologist for the Latin language simply because John XXIII argued for it in 1960, or the liturgical books of 1962 just happen to be in Latin (and are therefore in some way more ''traditional'' than, say, the Book of Common Prayer). I do not see Latin as a highly fundamental extension of Tradition per se, more important than the actual texts and ceremonies of the Liturgy. I would say, however, that the retention of Latin in the liturgical rites is a more meaningful expression of the connexion between Tradition and communion (in the catholic sense) than using a modern translation dispensed by Rome.
All this said, Cranmer (by all accounts a bloody genius) did a rather good job with the Prayerbook, and I am not averse to Prayerbook English...like a good Anglican.
Posted by Patrick Sheridan at 11:26 am
Email ThisBlogThis!Share to TwitterShare to FacebookShare to Pinterest