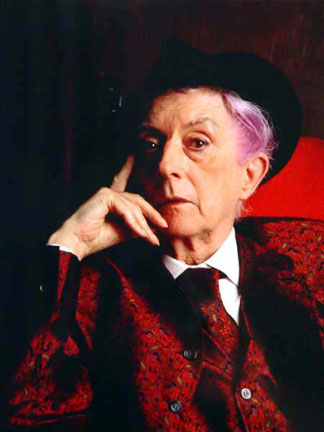 I don't often recommend books. This is because literary appreciation exemplifies qualities such as individuality, taste and temperament in us. As the Grinch said, one man's toxic sludge is another man's pot pourri. People are astounded when I say "I certainly would not recommend The Silmarillion." Why? Not because it's bad literature (far from it) but because the stories are pasted together to form a canon, and this does not read like a mythology. Tolkien strove throughout his latter years to publish The Silmarillion but time was ever against him and, if he'd lived longer and accomplished his design, I daresay it would be very different to the posthumously published work.

One book I would recommend is The Naked Civil Servant by Quentin Crisp. While it is the story of complete failure and humiliation throughout the book there are moments of insight which are frank and humorous in nature. Crisp was a talented writer and raconteur whose life experiences and peculiar worldview make this book a sympathetic piece in which gay lobbying finds no place whatever. I most admire Crisp's honesty, and the sharpness with which he pierces the sinews of contemporary social norms regarding queers and sods. If only I could expand upon this there might be some hope that I might stand half a chance of writing book reviews for a living. I was going to say, in one chapter of the book he says such and such, and this reflects his vocation relative to the shame of being homosexual in the '30s, but what's the point? If you care for Quentin Crisp, you might like to read the book. My only advice would be to try and forget everything you think you know about homosexuals.
Posted by Patrick Sheridan at 2:51 pm
Email ThisBlogThis!Share to TwitterShare to FacebookShare to Pinterest