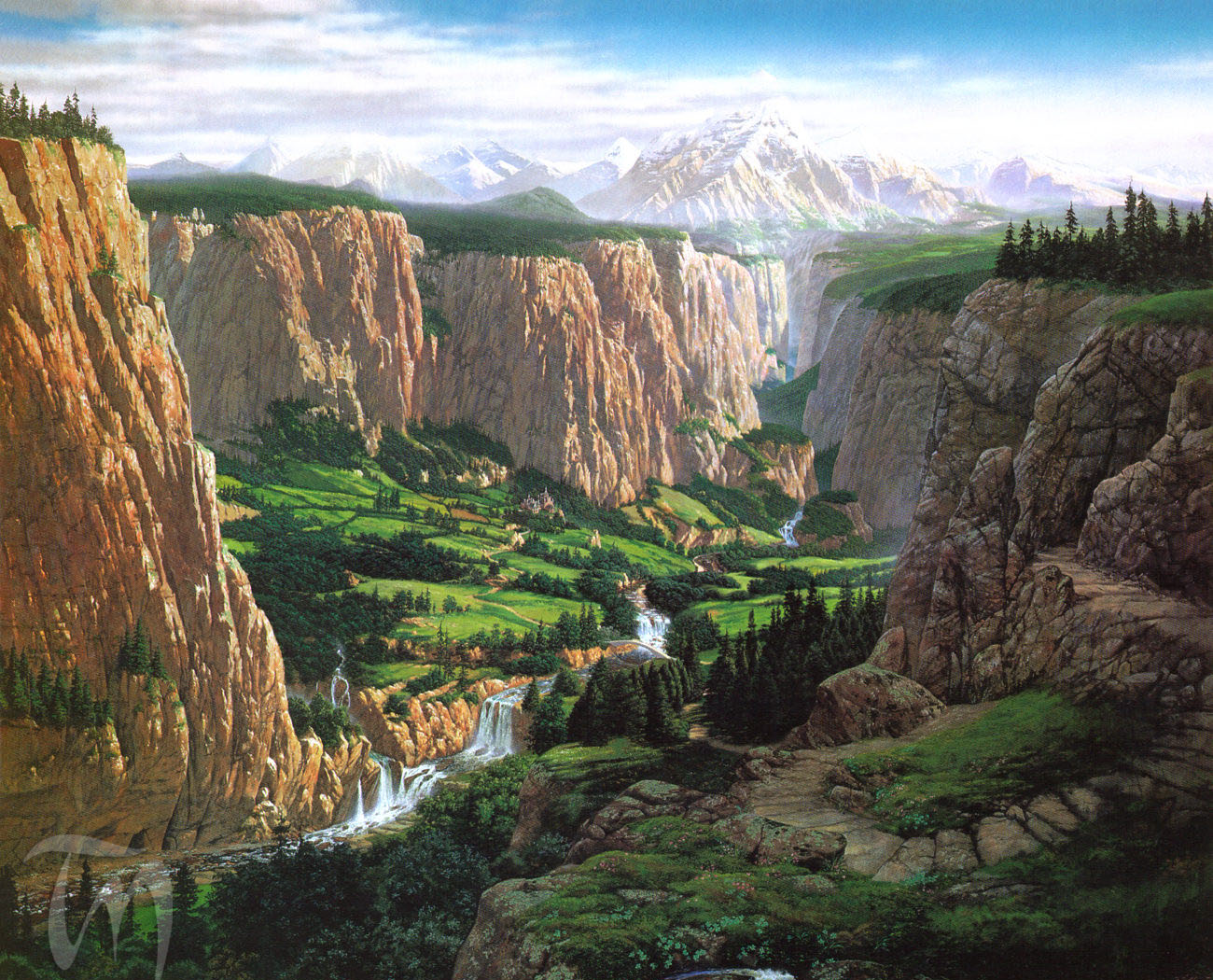 ...that I expand this comment I left on Fr Chadwick's blog and turn it into a post. Years ago (my crest has long since fallen) I had actually thought of turning something like this into a thesis or book (when I was about fourteen or fifteen I imagined myself, a doctor of letters and acclaimed academic, writing "the great book" on Tolkien). Unless it were a "get rich quick" option I doubt these days whether I'd have the inclination. See what you think?

The literary works of J.R.R Tolkien are full of nostalgia, whether it be Gandalf’s sigh as he remembered the “unimaginable hand and mind of Feanor at work” in the days of the Two Trees as he took Pippin to Minas Tirith or to the longing of the dwarves for their ancient home in The Hobbit, or even of Cirdan the Shipwright as he waits on the “grey shores” for the passing of the Last Ship. I think it’s one of the reasons Tolkien appeals to me so much. Memory, nostalgia and longing for the past, for a sense of moral righteousness is given a somewhat theological veneer. He paints a very beautiful picture of the saintly days of yore, and how much things have changed (for the worse) on account of the existence of evil, neglect, people forgetting (and being themselves forgotten) and the decay that Time inevitably brings.

Salvation comes as an eucatastrophe, only at the end and in spite of all odds, and that which has fallen into decay as a result of time and all those things becomes more poignant and meaningful as a result of this process. Grief is lost in joy, selfishness in altruism because our knowledge of evil and the contingency of matters has changed. As Eru (the Godhead figure) himself said to the supreme agent of evil (in my own words as my copy of The Silmarillion is not to hand): “for he that attempteth this [to change God's design in spite of God] shall prove but mine instrument in the devising of things even more wonderful which he himself hath not imagined.”

I have been reading about Buddhism lately, and Buddhists take a very stoical disposition to memory, attachment and longing. But I think that memory and longing go to the very heart of Christianity and were intrinsic human principles set in our hearts by God himself as a mirror to reflect upon the Truth. After all, the Anamnesis of the Eucharistic liturgy is central to our faith and did not Christ himself say that they are blessed, them that “hunger and thirst” for righteousness? As for me, I hold those who remember high things relative to our own fallen times as blessed among men, having at heart a very evangelical principle. It is this principle, more than any parallels one might make between Varda or Galadriel and St Mary, Mother of God, that makes Tolkien a most catholic and most religious work; Memory and Tradition. 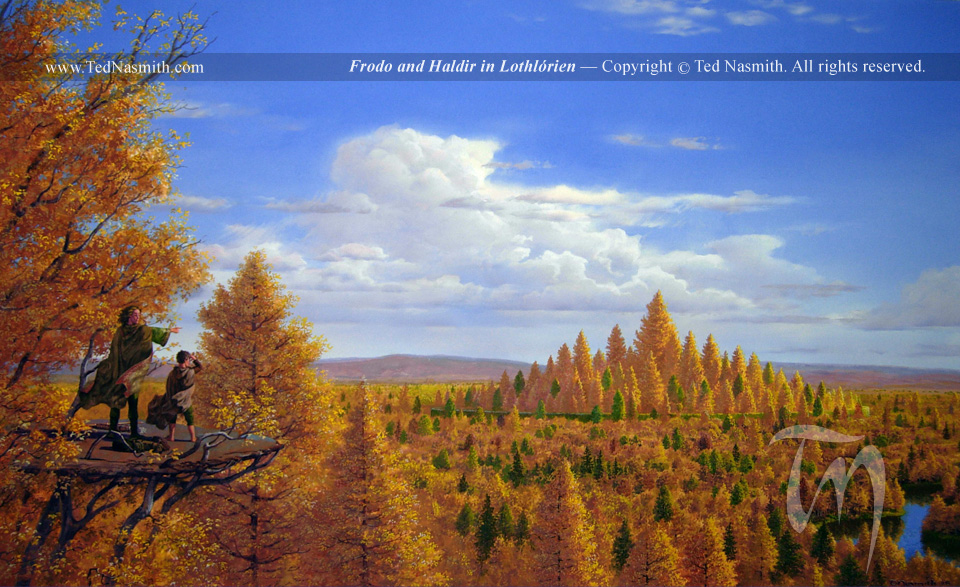 Art: Ted Nasmith. The two images, of Rivendell and Lothlórien, represent two kinds of tradition. On the one hand, in Rivendell, Tradition is remembered in books of lore and song in the Hall of Fire, and the memory of Master Elrond. On the other, in Lothlórien, Tradition is very much alive, alive in the very water. I wrote a very halting post on this a few years ago.
Posted by Patrick Sheridan at 12:31 pm
Email ThisBlogThis!Share to TwitterShare to FacebookShare to Pinterest