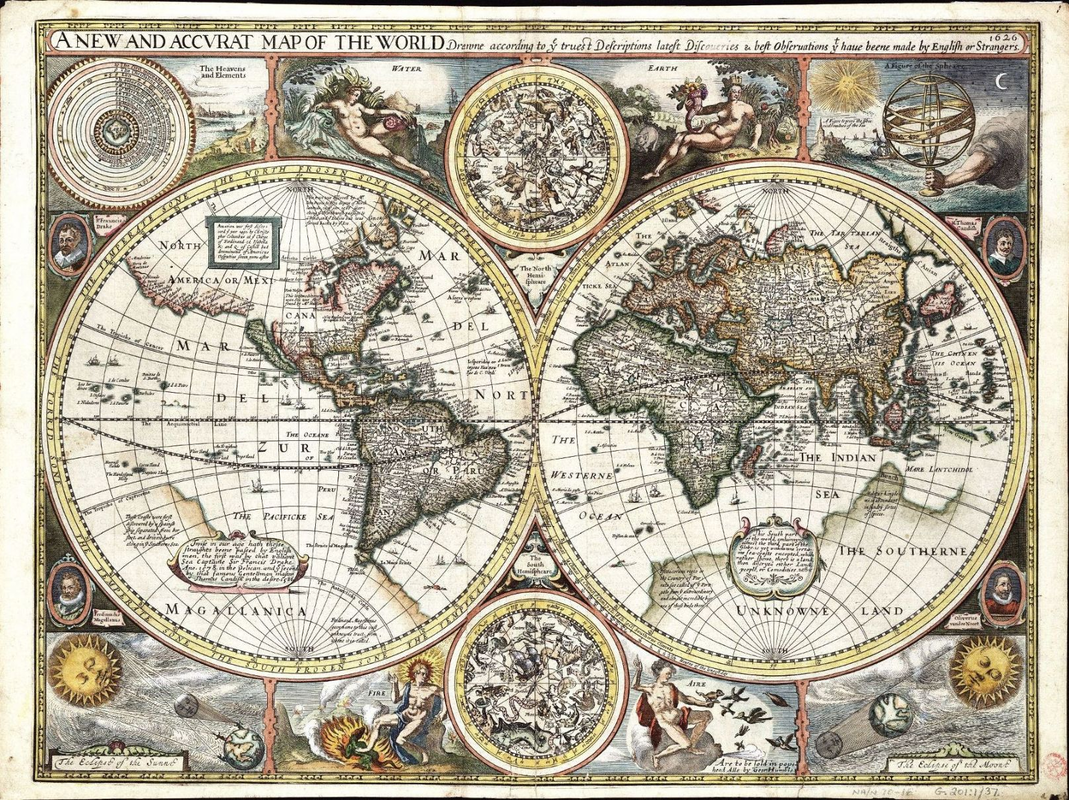 My English teacher told me once that England didn't have a Renaissance...because of the Reformation. Well, looking at Tolkien's map of Beleriand which I uploaded to illustrate my polemical post yesterday I was reminded of the great John Speed whose atlas entitled The Theatre of the Empire of Great Britain was published in the same year as the Authorized Version of the Bible. To-day I would say that, contrary to the ignorant postulation of my English teacher, the Elizabethan Settlement provided the most apposite setting in which an English Renaissance could have flourished in the universities, the towns and at Court. John Speed's maps, Spenser's poems, The Countrey Parson (more Patrimony!), Byrd's musick, the masque tradition, even the writings of King James, they all of them tributary to the glory of God and this island kingdom which, without the break with Rome, I think would have been very different and certainly less great. 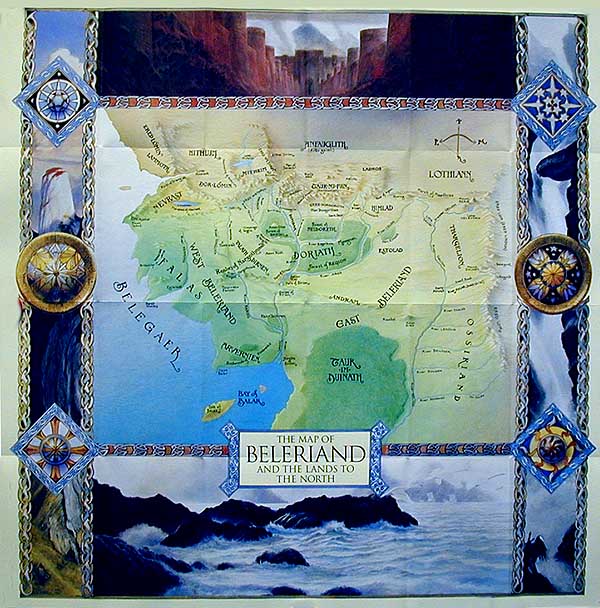 Tolkien was clearly inspired by Speed's maps, I think their style indicates that much, but I think he could have done more with them; you know, illustrations of Ossë and Uinen on the sea, a mantle of clouds wreathed about the Iron Mountains, nightingales in the forest of Neldoreth, and perhaps a few ents on the highlands of Dorthonion. The artist John Howe attempted something like this some years ago in the publication of his maps of Middle-earth, two of which hang on my bedroom wall (yes, I have maps of Middle-earth in my bedroom...so that I don't lose my way). When I was younger and more selfish I said to myself that The Lord of the Rings ought never to have been published but left in manuscript form in Merton College Library, to be discovered by me. It would be like the discovery of a hidden wine cellar and I'd become intoxicated with it! Sometimes I would that I could have the pleasure of meeting Tolkien again for the first time as I expect most of us would with the works of literature most dear to us.

Here ends another meaningless post.
Posted by Patrick Sheridan at 1:03 pm
Email ThisBlogThis!Share to TwitterShare to FacebookShare to Pinterest