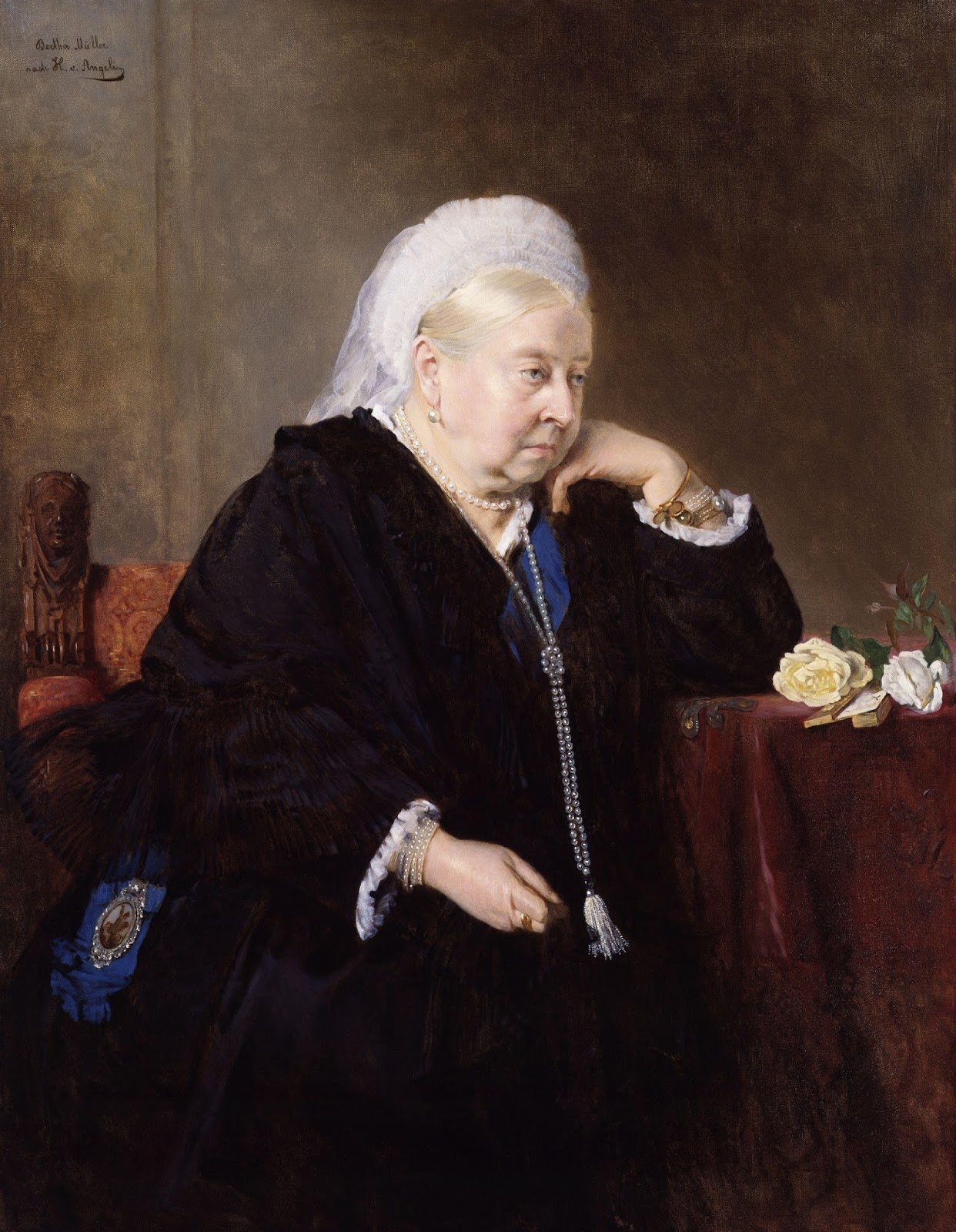 "To-day we met at 8.45 (no early school) in the playing-fields, but dismissed owing to downpour. At 9.15 we met in the school-yard - a hot steaming day, like an orchid-house; marched up to the Castle, and after a wait got into the yard. The Queen was breakfasting in a room over the porch. The choirs sang very sweetly. We joined in the fourth verse only of the jubilee hymn, and my verse was beautifully sung afterwards. Then two madrigals, one very poor. A good many boys fainted, thirteen in all, and sat in a row, green-faced and bewildered, on a little bench under the wall. Sir A. Bigge came to fetch me to the Queen, hardly to my surprise; I was presented to the Duke of Connaught. Then we went upstairs and appeared in the corridor; the Queen sate rather in shadow, her white widow's cap showing very clear; she wore large round black spectacles. Soundy, the Mayor, preceded us; then Sir W. Parratt, to whom she made a little civil speech. Then I appeared, bowing, and drew as near as I dared. 'I must thank you for having written such a beautiful verse,' she said: 'it has been a great pleasure to me.' I bowed and withdrew, rather clumsily, as I had forgotten the backward walk, and only remembered it after a moment. However, i did not quite turn my back on the Queen, I think.

"But what was an entire surprise to me, and will remain with me as long as I live, was her voice. It was so slow and sweet - some extraordinary simplicity about it - much higher than I had imagined, and with nothing cracked or imperious or (as the imitations misled me into thinking) gobbly. It was like the voice of a very young, tranquil woman. The phrases sounded a little like a learnt lesson, but the tone was beautiful - a peculiar genuineness about it; I felt as if I really had given her pleasure. Her face was much in shadow, and confused; I couldn't see it clearly. But it was all very tremendous somehow; and though, if I had had the choice, I would not have dared to go, I am now thankful to have seen her and had speech from her." From the diary of Arthur C. Benson, pp 42-43.

It's a rather simple, sweet account of a meeting with Queen Victoria at Eton College on the occasion of her eightieth birthday. I find it interesting because I have never liked Queen Victoria, whom I have always seen as a self-indulgent and boring; easily one of the worst of the Hanoverians. Clearly impressionable, nonetheless.
Posted by Patrick Sheridan at 9:00 am
Email ThisBlogThis!Share to TwitterShare to FacebookShare to Pinterest