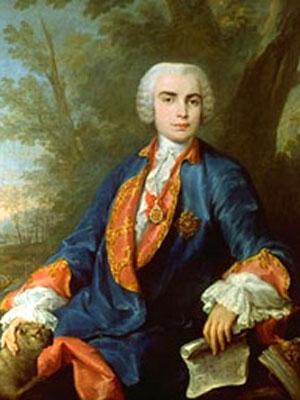 I was in receipt of a letter from a reader of this blog the other day in which it was said that I put too high a store by "tradition" as opposed to wisdom attained by didactic methods. I wonder if this actually so. I am conservative in matters moral, political and religious forsooth but there is a lot more to it based on my own experiences. Take my autism. Any textbook definition would classify me as mentally, emotionally, and developmentally crippled. Perhaps, a century ago, I would have been sent to an insane asylum. These days, in this "care in the community" environment bequeathed to us by Mrs Thatcher, weirdos like me walk among the οἱ πολλοί like sheep among wolves. Several months ago, for example, I was subjected to various indignities on the 161 bus because of my appearance, and autism is supposed to be an "invisible" condition. But what of the invisible ingredients? Autism alters my entire worldview, the way I think and experience things, etc. Then there is the issue of my being a sexual pervert. I am blessed by the autism in this sense because autism vastly inhibits any chances of sexual union with another person which, for me, is surely a benefit?

So, in terms of tradition, of Christianity, etc where do I fit in? Do my peculiar proclivities put me at a profound soteriological disadvantage? I am not ready to be fruitful and multiply. I tend to think, as any Puritan would, that any kind of sexual compulsion is a filthy abomination and I do sincerely think that humanity should stop producing children; and trust me, if I were Big Brother, this would be enforced most severely. In terms of sexual desires, I am as much riddled with corruption as any harlot and I have often flirted with the idea of emasculation to cure this problem. And if thy right hand offend thee, cut it off, and cast it from thee, etc. Friends to whom I have confided this have invariably said that it would be a grave mistake and that no doctor in the country would perform such an operation on religious grounds; that is, my own. Is this symptomatic of a pathology or an obsession? Is not the desire to be rid of lust a legitimate one? David Starkey, commenting on the Castrati, once said that emasculation is an abomination to every man. I read once that Domenico Mustafà, a castrato in the Sistine Chapel choir, spoke with vociferous contempt of the doctor who had relieved him of his testicles; his wealth and fame notwithstanding. Farinelli, the greatest virtuosic singer of all time, wrote of his heartache upon falling in love with a ballerina in 1733; "Cupid again has me bound in his chains...God knows when I will be set free." He died fabulously rich, famous and alone. Well, I have neither wealth nor fame, and neither do I speak for every man, but I do have a debilitating, unfulfilled, frustrated and hideous lust that won't go away.

I suppose in terms of the accepted, conventional wisdom, that is among churchmen, I am an anomaly. I am, by nature and instinct, conservative but the nominally conservative dislike me. Even if I were married, to a woman with low expectations, I could not countenance the idea of a family. "Gay marriage," like AIDs, is a fad. I tend to agree with Quentin Crisp's cynical diatribe against human relationships. I certainly have no interest in them, even if I could tolerate constant companionship. I am far too selfish to live in such close proximity to another person. I have not only accepted my being queer but constantly protested the fact; but simultaneously I don't want to be "straight" either. Perhaps this is what the conservative churchmen consider to be the root cause of my insanity? I suppose the golden question is: is complete aversion to human relationships a moral evil? Is it a form of insanity? It certainly draws nigh to nihilism, even to sour grapes. We're all called to chastity in one form or another. Must it be so bloody bitter, though?

This post demonstrates my inability to stay relevant to the subject, doesn't it?
Posted by Patrick Sheridan at 9:00 am
Email ThisBlogThis!Share to TwitterShare to FacebookShare to Pinterest