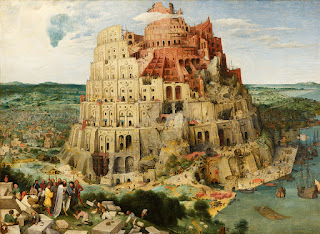 As you know, I'm not voting to-day. I couldn't give twopence about the outcome of this election because our time is at an end whatever the outcome. It's almost irrelevant. I believe in Church and State, Monarchy and Aristocracy, Marriage and Monasticism. All of those things are in grave danger of annihilation because we live in an age of post-Christian faithlessness. Not even our pagan ancestors were as low as women in the armed forces and gay marriage. The culture of inclusion, diversity, mass immigration and secularism is propounded by ruthless monsters bent with overwhelming impetuosity on the obliteration of Christ from our our national institutions, our society, even our very memories. He is to be replaced by "equality" (a dead word), a kind of spurious niceness where to have an opinion on anything is a dangerous phobia, a libertine sexuality and a permissive immorality in which you can do whatever you want because your actions have no consequence beyond their immediate effect, and the notion that secular ideas about "rights," about polity, society, religion, education and democracy are fundamentally and intrinsically correct and that any other system is intrinsically wrong and not to be tolerated. Meanwhile, we incur the increasing wrath of the Muslim world which loathes, despises and abominates not only our open alliance with the Israelis but our attempts to impose secular ideals on them in a cultural war on their civilisation. Then come the engines of globalisation which blur all national distinctiveness. Do you think your passport is worth the paper it's written on?!

I could go on but it's depressing enough. Suffice it to say that mass immigration will continue without check, ere long Westminster Abbey will become a museum, the Monarchy and House of Lords will be abolished (not in Her Majesty's lifetime), our national sovereignty will be continually compromised by Brussels, twenty-four hour surveillance will be here with the cashless society, all to prevent "terrorism" and "extremism," and Christians will be driven into new catacombs by government legislation and the intimidation of young, black Muslim converts. It doesn't matter who the next Prime Minister is. All he can do is champion this merciless war on our ancestral Christian culture because it is at variance with the brave new world. The question is, will we just quietly slither off like a snake into the grass? Is it virtuous to stand against the erosion of Christian values? Is it worth it?  We're fast becoming irrelevant as it is and one of the principle wounds of Christianity is its fissiparous nature.

The art is deliberately chosen. You may have seen it before, it's The Tower of Babel by Pieter Bruegel the Elder. I live near Shooter's Hill, which is surrounded by woods in which Henry VIII was wont to hunt in times past. Years ago, scaling to the top, one would be able to look out over the city of London and see St Paul's in the distance. I haven't seen St Paul's from Shooter's Hill for many years because the landscape is now dominated by other, much taller buildings like "the Shard," which dwarfs the old protestant church. All monuments to our godless age of power and niceness. When new towers of Babel are build anew in the cities of the world then we will know that Antichrist is come.

Oh well, my parents are off to vote so I'd best see them off.
Posted by Patrick Sheridan at 4:24 pm
Email ThisBlogThis!Share to TwitterShare to FacebookShare to Pinterest