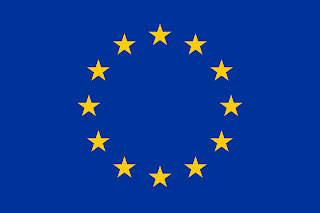 Sauron was a European utopian idealist. Remember when he posed as Annatar, the lord of gifts; an emissary of the Valar sent to heal the disorders of the world after a prolonged and bloody world war? Do you remember those rings of power made to unite the peoples in a false unity, under his dominion? Do you remember how he and his minions in Hollin sought to create a utopian paradise, without reference to and in defiance of the Valar over the sea, because they no longer wished to submit themselves to the ordinances of the appointed and just rulers of Arda? They no longer believed in the life eternal, and so they sought to perfect life on earth. Remember what Gandalf said to Frodo about hobbits being miserable and enslaved being much more to Sauron's liking than hobbits happy and free? Do you remember Saruman's sanctimonious speech to Gandalf in the tower, about the "new power" rising? Or the ruffians who invaded the Shire, "gathering" and "redistributing" all the food and beer, and taking anyone who protested into gaol? Do you remember all those "rules" posted everywhere? Do you remember the miserable hobbits who obeyed the rules out of sullen fear? Do you remember the rising of the Shire hobbits against their oppressors? Do you remember what Sam said about Mordor having come home, and being brought so home that it was worse than that foreign place far east and south because you could remember what it used to be like?

The Shire under Sharkey's tyranny is not described in too much detail but you can guarantee that its currency was the Euro, greengrocers were sent to gaol for selling apples by the pound rather than the kilo, that hobbits who complained about being supplanted by foreign ruffians were called "racists," and "bigots," and I have no doubt that the ruffians' sneering condescension about the hobbits being backwards, and in need of "waking up" is a reference to that depressingly modern ideology of our own European political class (in Tolkien's time the likes of Roy Jenkins and Ted Heath), of anti-Christian, utopian, atheistic multiculturalism, internationalism, globalisation, bohemianism, Marxism, philistinism, elitism, a class of unscrupulous, ambitious, mendacious people who rely on the votes of people they openly despise. Sauron was a European. Saruman was a European. Gandalf was not. Aragorn was not. Neither were the hobbits.

Which are you?
Posted by Patrick Sheridan at 5:00 pm
Email ThisBlogThis!Share to TwitterShare to FacebookShare to Pinterest