By the fruit is the tree known... 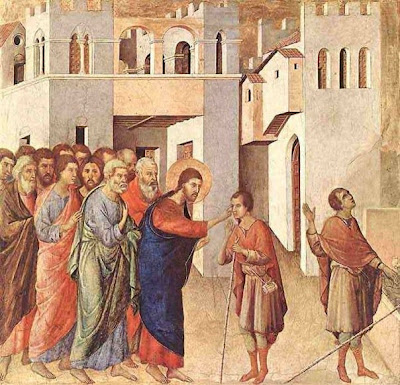 As you all know, I am no fan of the ''Sacred Heart'' cult, but Fr Hunwicke has written an excellent sermon for the occasion. Here is a snippet:
Is there really an equivalence between Stalin and the Flappers? The Flappers may have been a trifle naughty, but they surely weren't murderous? They didn't send you to gulags or contrive a genocidal famine in the Ukraine. Yet ... I wonder. This age of ours, an age of sexual license, of which the Thirties were perhaps the first care-free dawn, has led to a new Holocaust: of the unborn. I don't think you have to be over-imaginative to join up a line of dots between the flirty skirts of the Thirties and the era of the overmighty abortionists. Which may serve to remind us that it was Pius XI who also, in his Encyclical Casti connubii, defended the principles of Christian Marriage.
Immodest indeed. Well did Pope Pius XI warn against the evils of immodesty. Too many people think that their actions have no consequences, drunk on the liberal nonsense that ''if it doesn't immediately affect the other person, it's all right'' blah blah blah...I personally think that women should not wear trousers. Of course such an opinion is considered to be extreme nowadays, and I shall probably incur the wrath of some woman who sees nothing wrong with it (most likely a woman in a man's job) for daring to utter such a misogynistic opinion, but I shall go to the grave with my convictions. At any rate, Tolkien complained of it in the 1960s.
In terms of actions having consequences, trees being known by their fruits and all that, what are the consequences of liturgical reform? Liturgical reform hasn't (fortunately) made people commit murder (but then, He alone knows all ends...), but it has made people complacent about Liturgy (or was it the complacency that kick-started the reform in the first place? Who knows). Even Traditionalists such as the Society of ''St'' Pius X (why-o-why was a man who committed such a gross act of autocratic violence against the Liturgy ever canonized? But then, it was Pius XII who canonized him. Urban VIII was fortunately never canonized, but then he not only has his absurd hymns on his CV, but also the Galileo affair...suffice to say, I have no particular ''devotion'' to Pius X), the Latin Mass Society etc all see Liturgy as singularly unimportant. Both organizations would fain have us think that there was no reform whatsoever before the Council, and that the Tridentine Mass remained unchanged from the time of St Gregory until that awful Vatican II ruined everything. Boob! My biggest issue with them is that they take 1962 as the cut-off year (because it was before the Council - which month in 1962 I wonder!), when in fact the liturgical books of 1962 represent just a stage in the liturgical reform. Let me put it simply: if you're going to have the Old Rite, at least do it properly and don't shy away from Tradition, for whatever reasons you might think of (for ''pastoral'' reasons, or ''obedience'' to Summorum Pontificum or whatever - if you genuinely prefer '62 to the Old Rite then I pity you). Or perhaps because of the ''development'' of doctrines Liturgy gets dragged into this vacuum too? If so, there is no legitimate reason for any Catholic to prefer the Old Rite. If Liturgy is simply what the Pope says it is in any given era in the Church's history, then you are putting yourself at variance with the Pope if you adhere to Tradition.
This is where Summorum Pontificum comes in. Now that the Holy Father has said that the 1962 Rite is an ''extraordinary form'' of the New Rite, Traddies have identified themselves anew. Now that they have Summorum Pontificum, ''the'' Motu Proprio (as if there were none published before 2007!), behind them, they can use the so-called Usus Antiquior to their heart's content, without recourse to the permission of the local Ordinary. Before Summorum Pontificum, Traditionalists used arguments from immemorial custom (quoting Pius V's Quo Primum) to celebrate Mass. Arguments from immemorial custom to celebrate the 1962 Rite are just downright false since the whole point about ''immemorial custom'' is that the custom in question has to be in existence for over 200 years, whereas the 1962 liturgical books were juridically abrogated in 1965, a mere three years after they came into force!
Perhaps the Holy Father needs revision? This aside, I suppose being in a church full of legal positivists it is good to have some sort of ''guide'' from on high about how to do things and most bishops are too aliturgical (and therefore stupid) to know the difference between '62 and the real Old Rite. But since Summorum Pontificum says nothing about the Old Rite (except in passing), why do many Traditionalists celebrate the Old Rite and yet look to Summorum Pontificum for their justification in doing so? If we were relying on Summorum Pontificum, and we followed that to the letter, we'd all be doing the '62 Rite (well, except me that is).
You may be wondering about my choice of the above painting (by Duccio) of the Lord curing the man born blind. It may seem strange but one of the most moving passages from Scripture (I find) is St John 9:38-41.
And he said: ''I believe, Lord.'' And falling down, he adored him. And Jesus said: ''For judgement I have come into this world; that they who see not may see, and they who see may become blind.'' And some of the Pharisees, who were with him, heard. And they said unto him: ''Are we also blind?'' Jesus said to them: If you were blind, you should not have sin. But now you say: 'We see.' Your sin remains.''
For my thoughts on this Gospel pericope in relation to what I have said, I shall leave to your imagination...
Posted by Patrick Sheridan at 2:44 pm
Email ThisBlogThis!Share to TwitterShare to FacebookShare to Pinterest