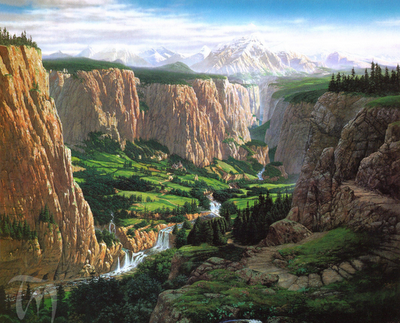 ''...I am not ok, and you are not ok.'' I think Mother Theresa said that. Some people who style themselves Christians (mostly nasty protestants) tend to think that as long as you're nice to people then everything is fine. No need to cultivate a sense of morality grounded in the Natural Law, a backbone, establish firm belief in the teachings of Christ's Church, attend Liturgy every Sunday, and humbly observe the liturgical feasts and fasts which envelope the seasons (nobody cares about months of sacred hearts or Joseph the working class git) - you know, no need to put on Christ as the Scriptures say. Everything is now, no need for a rhythm to life, fasting and feasting in due season; just go out every Friday for a piss up, hang on Saturday, spend money on Sundays, be nice to people, work, enjoy promiscuous sex with a series of life partners, get married in a registry office, get divorced (who cares about extra-marital sex, or the witness of Christ's Church? Since when did ''sanctifying grace'' come into marriage? It's just a civil contract between two random people who will probably fail to be rigidly monogamous, or later find some excuse to divorce), no need to put your moral and interpersonal proclivities to the test; no need to render obeisance to an established ecclesiastical authority, you can run your own moral life; take bits at random from various religions (like ''Karma''), and piece them together according to your own idle fancy. I often find that if it is hard to do, then it's usually the right decision. Not that this knowledge helps much when the time comes.

Of course given the morally dubious lifestyle I've chosen, I'm not really one to pontificate about morality, am I? Least of all to the many people out there who do not care for religion. Someone asked me the other day why I was so opposed to same-sex marriage - they often forget that I am a [lapsed] Catholic. Impossibility is something that doesn't enter their small minds. I believe that Marriage was instituted by God in the beginning of our innocence where a man and a woman establish between themselves a lifelong partnership, for their good, the good of the Church, the good of society, and for the procreation and upbringing of children. A valid marriage is therefore inextricably for two parties who are ontologically male and ontologically female, with no grey areas. No human authority has the right or power to ''redefine'' marriage in order to make concessions to pressure groups here and there in the name of ''equality.'' How could it be equal? Men cannot carry children, neither can women sire them; and surrogacy is no substitute. But God help the children who are raised by same sex partners. He alone knows what kind of psychological trauma and confusion they must be put to. Same sex marriage would bring the backbone of society crashing down, and I am not cynical or paranoid. This is why I do not identify with or support the LGBT movement - but I have my foot in both camps, apparently; doomed to forever straggle the two, in the knowledge that I'll never belong to either one. Oh well.

Unless I am quite mistaken most religious people are born into a religion and die in the same. Fr Chadwick was talking about this yesterday, that for them it provides stability, or something. For my part I am tired and bitter, lethargic in a wilderness of fear, uncertainty and disinclination. I still cling to the moral teachings of the Roman church, for they seem (for the most part) wise, grounded in Scripture, and in accord with my own conscience; but I have now no more real reason to adhere to them anymore than the relativistic moral teachings of any other mainstream Christian denomination. I went to Mass every Sunday for eleven years - this past year I have seriously let the side down. I used to blame my chronic lack of sleep, and getting up at 4:30am is no treat five days a week; but even upon waking I know this is not the reason. It's a moral and religious choice of the utmost import to which I make the wrong answer, where before there was no question. Do we go to Mass to render hearty thanks unto God, to partake in religious conduct of the highest order and ceremonial? Do we go to Mass to stand in the midst of the saints and adore the Eucharistic God at the sacring, and approach the Table of the Lord with a true penitent heart and receive that holy Sacrament? Or do we go to Mass simply to act as liturgical spectators, pronouncing judgements upon the follies, misgivings and mistakes of others, and afterwards congratulating one another over a pink gin or two? Such questions as these (and they are cogent) never used to bother me, and Mass attendance on Sundays and feasts was just ''the done thing,'' as was assistance with the preparation and serving of the Liturgy. Is it a sin to be too scandalized by others? I am probably the most intolerant person in England and generally take ill any meddling, but being part of a renewal process, in a tiny (albeit famous) corner of the West meant something to me - although I guess that the fruits of such small efforts as these are only measurable if you're in the correct place in the first place, although that is beside the point. I hate not being needed, or being of no accord.

I did have a point...oh yes. So what do I do now? I'm tired of this wood between the worlds and the sight of so many pools. I want to belong. The Sackville-Bagginses may be ignorant, prejudiced and generally disagreeable, but that can be said of all of us. We're all hobbits together, even if some of us like tweed and others cheap cable knit jumpers. It reminds me of that song the Silvan Elves made of the estrangement of the Ents and the Entwives when the Great Darkness came in the North. The Ents desired the wide woodland halls and the mountain slopes; the Entwives desired order, with well tended gardens and orchards. It is a strange and sad story, which Treebeard told to the hobbits Merry and Pippin when they escaped the battle of the Orcs with the men of Rohan. The last stanza goes:

Together we will take the road that leads into the West,
And far away will find a land where both our hearts may rest.

I hope this post is comprehensible. I just sat down and typed it, and have no inclination to go through and edit it.

Art: Ted Nasmith. A painting of Rivendell from a J.R.R Tolkien kalendar which is based on a watercolour Tolkien himself painted of that fair valley; a place where the regal history of Middle-earth is remembered by Elrond, master of lore, and the people subject to him. Lórien is different in the sense that the land itself seems wrought of that history, that it lives still, rather than consigned to the books. I guess this would be synonymous with the difference between liturgical study and living a truly liturgical life. The former is a praiseworthy feat and could render great service to Christ's Church, but becomes stagnant, almost evil, when it renders you bare of all charity, and bethought of bitterness.
Posted by Patrick Sheridan at 1:23 pm
Email ThisBlogThis!Share to TwitterShare to FacebookShare to Pinterest