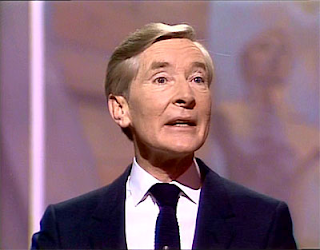 A lot of people, friends, readers, say that I ought to write a book. About what? Writing is very difficult, and you can't simply summon the muse and write prolifically some of the greatest literature known to man, and there is no way I could ever accept that mantle anyway. As Tolkien said, I am an ignorant man but also a lonely one. People seem to react positively to my Tolkien posts, even if most of them go without much comment, but I don't claim to say anything original, just ''this means this to me, for such and such a reason,'' and I would question whether that is the correct spirit in which to read Tolkien, or anything (especially Scripture!), in the first place. Applicability is one thing, coming to terms with the meaning inherent to a piece of writing is another, in which case subjectivism goes out the window. Liturgy? Well, there are far greater scholars of liturgy out there, and I can only claim to have an amateur interest in liturgy as part of a personal feud with fraud, deception and cliques, in the quest for authentic, apostolic Christianity. My life? Well, who wants to read about that? I am not original like Quentin Crisp; I am not as humorous and frank (even if I am brutally honest) like Susanna Kaysen; I am not a genius like Tolkien; I would say that my life has been quite boring to date. Three or four years ago I attempted to keep a diary, after having read the Diary of Kenneth Williams, with detailed entries for the days, and I ended up throwing it in the bin after two weeks for the said entries were depressing and, in one or two cases, disturbing to read back to myself. They would not be publishable, and I was too lazy to keep it up anyway.

I would be interested to know what you think about all this. What sort of book would you want from me? A memoir? An autobiography? A study of Tolkien in some field? Do let me know.
Posted by Patrick Sheridan at 4:58 pm
Email ThisBlogThis!Share to TwitterShare to FacebookShare to Pinterest