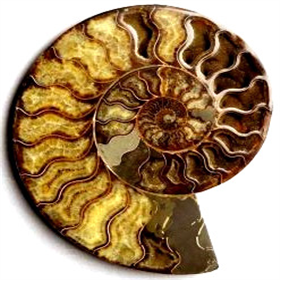 According to this article from The Guardian Asperger Syndrome will no longer exist as a separate diagnosis in May of 2013. It is to be replaced by a diagnosis of Autism Spectrum Disorder on a severity scale. I'd read about things like this before in authors such as Attwood and Baron-Cohen, who say that in the psychiatric world there has been an age-old debate about the differences (if any) between Asperger Syndrome and High-Functioning Autism, with obvious concerns about accuracy of diagnoses, prognosis and appropriate treatment options for patients.

I am not a psychologist or a psychiatrist, so what do I know? My concerns are that ''severity'' cannot really be measured by a clinician and that there are clear differences between classic autism and Asperger Syndrome. Autistic people are generally mute and find communication impossible and autism is, by nature, pervasive - it pervades over every aspect of that individual's life, from clinically significant delays and lifelong hindrance in communication, learning difficulties, routines, rituals, tics etc.; everything built up to defend an otherwise defenceless person. People with Asperger Syndrome are more prone to comorbid conditions such as Obsessive-Compulsive Disorder, Schizophrenia and Major Depressive Disorder, each one of these debilitating enough in its own right. I also have no doubt that some of the characteristics of Asperger Syndrome can increase the intensity and prolong the duration of all of these separate conditions. Autistic children are generally ''stupid,'' that is to say that because of language delays and learning difficulties they are significantly below average intelligence. In Asperger Syndrome there is no delay and generally no learning difficulties and most children and adults with Asperger Syndrome have above average intelligence. I don't tell most people in my life about my condition because it's none of their business, and sometimes when I do I'm met with disbelief, ''oh, but I've read about autism and you don't strike me as autistic,'' or ''but you're just slightly odd.'' That's not always the case; when I told my tutor at Heythrop about it he said ''now I understand.'' How I miss the society of bright people.

I'm afraid I don't welcome this change, as I'm sure you've already guessed. I always saw myself as different, even in the deeps of time when I was wont to manipulate light switches, open and close the curtains or walk on my toes, and when I was diagnosed four years ago (finally) I felt as though I had something to explain my eccentricities. Autism Spectrum Disorder on a severity scale is too nebulous for me; it's almost as if someone has said: ''you're lost and we've given up trying to find you, so feel free to wander in travail and sorrow through this wilderness we've tried, but failed, to understand.'' So like the latest papal pronouncement I think it behoves us all to simply ignore it.
Posted by Patrick Sheridan at 6:36 pm
Email ThisBlogThis!Share to TwitterShare to FacebookShare to Pinterest