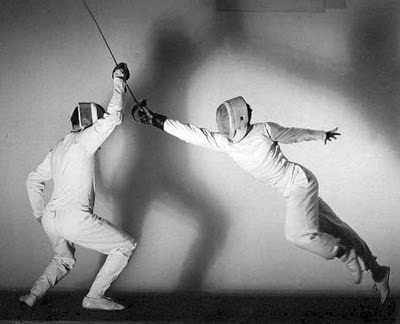 Initially published on 28th January 2011, I thought I'd publish this again apropos a comment left by reader in another recent post about the tribulations latterly faced by the subject. It's often embarrassing to read old posts back to myself; the question I ask myself is invariably: "do I really sound like that?" Be that as it may, I though this post was rather amusing.

An American Traditionalist - probably someone who comments on the Fisheaters forum - styling himself ''Liturgical Pimpernel'' (well you can't get more pretentious than that, can you?), has set up a blog, clearly in defiance of my own, ad honorem sacrae liturgiae. Go over and look for yourselves, dear readers, to be underwhelmed! Pimpernel is a vain man, as I have discovered from the pompous and condescending diction of his blog, and comments on other blogs, preferring his own fancy to facts (such as, in one of his posts attacking me, accusing Mr Gordon Dimon, a very good man he has never met, of being ''notoriously not a minute before '62'' - I have known Mr Dimon for some years now and this is a scandalous falsehood - if it should come to the attention of Mr Dimon, fortunately unlikely, I should make him apologize), seems very hasty in attributing to me sentiments and beliefs which I repudiate, and even habitually makes ad hominem attacks on my own person.

Far be it from me to suggest that there are any homosexual Traddies, but I think he's in love with me; why else would he be so vitriolic? You can tell me, good sir! I am open-minded! In fact, I am of the opinion that homosexuality renders a man more traditional - in the same way that it gives him more personal taste and aesthetic sense. If, of course, this is wholly unfounded, then I am sorry - the Pimpernel is free to demand satisfaction, or challenge me to a duel or something.

Since Pimpernel seems so willing to correct my own human errors of fact, perhaps I might venture to correct his Latin. He has suggested that since my blog consists mainly of sad essays in exaltation of the will in spite of Holy Mother Church, I might consider changing the name to Causam Meam instead - evidently I render no honour to the Sacred Liturgy by wanton display of knavish contempt for the gross ineptitude of the clergy and making simple mistakes. But what does Causam Meam mean exactly? Is Pimpernel aware that these are Accusative cases? Now, a ''case'' is the form of a noun, adjective or pronoun which denotes the particular relationship of words unto words in a sentence. To put it simply, ''the cat sat on the mat.'' I'm sure Pimpernel is smart enough to circle the subject and object of this sentence? The subject (or Nominative) is the cat, because the cat does the sitting; whereas the object (or Accusative) is the mat, because it gets sat upon. In Liturgiae Causa, ''causa'' is an Ablative form which, together with the Genitive form ''liturgiae,'' serves to express ''for the sake of the Liturgy,'' or more literally in the cause of the Liturgy. ''Causam meam'' has no meaning in itself, though I'm sure Pimpernel is aware that it could do if read in a context that provided a rationale for the use of the Accusative case. Maybe if Pimpernel had included the preposition ad, which denotes direction towards an object, his new blog name, given in manifest scorn, might at least have made sense? Or is Pimpernel another one of these Traddies, completely ignorant of Latin, who seems content to parrot the responses during Liturgy in an alien tongue, whether it be elevated to the dignity of ''liturgical use'' or not? Reminds me of the time a simple server presented a friend of mine with the Pax Brede during Mass and said Pax Vobiscum...


He has been quite prolific since December. See here, here, here, here and here for posts about me, and my friend the erudite Rubricarius. The demned impudence of it all!
Posted by Patrick Sheridan at 5:42 pm
Email ThisBlogThis!Share to TwitterShare to FacebookShare to Pinterest