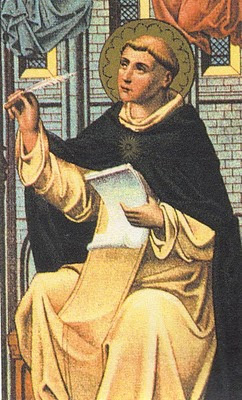 Whether popes are good for the Sacred Liturgy?


Initially published on 24th June 2010, my modest imitation of the Angelic Doctor. Enjoy!

We proceed thus to the first article.

Objection I: It would seem that popes are good for the Sacred Liturgy. For as Peabody says: There are copious Indulgences attached to devoutly hanging onto the pope's every word, even if he proclaim the merits of the apostolic Sunday roast to be conducive to the salvation of souls (cf. Compendium of Cack, p.35). Furthermore, it is by no means the wont of the supreme pontiffs to make arbitrary and inconsistent changes with Tradition. Therefore, popes are good for the Sacred Liturgy.

Objection II: Further, just as the collective sentiments of every godly and orthodox soul exists in the will of the supreme pontiffs, so the will of the supreme pontiffs runs into the Sacred Liturgy. According to the Local Idiot: The public Ritus is whatever the pope says it is in any given time (cf. Studies in Collective Delusion, p87). In other words, whatever the supreme pontiffs hold to be truth, is truth. Moreover, since he who controls the present controls the past, popes have the authority to manipulate Tradition as they see fit (and bandage their mistakes up under the nebulous concept of the ''hermeneutic of continuity'' in the desperate hope that their shortcomings aren't noticed by posterity), and they can just as easily promote the liturgical books of 1962 as Traditional Liturgy, and in the spirit of submission to the ''magisterium'', expect all Christ's faithful to fall into line, even if the research (and often, the memories) of Christ's faithful into the objective history of the Sacred Liturgy indicates that the Ritus promoted by the supreme pontiff is by no means ''traditional'' but is itself the middle-stage in a well-planned and thoroughly successful reform of the Roman Rite. Therefore popes, as the supreme infallible authority on earth and the dispenser of God's Grace as a commodity, are good for the Sacred Liturgy.

Objection III. Furthermore, it is by no means the part of Christ's faithful to question the authority of the supreme pontiffs in matters of their craft. For popes, having the fullness of sacramental order as the supreme monarch high priest, superior to their vassal bishops, and more so than the mere laity, are endued with a special charism, knowledge and authority over the Sacred Liturgy. As Pumpernickel says: Let no man question the authority of the supreme pontiffs in matters pertaining to their exercise of Petrine authority over the sacred rites, even if the aforesaid authority makes a farce of Liturgy, for he shall be guilty of no small sin (cf. Ad Stupiditatis Amorem, Part II). Therefore, popes have the right, and have used that right, to change Tradition, and Christ's faithful have no right to complain when they do so.

On the contrary, Jesus Christ, yesterday, and to-day: and the same for ever (Hebrews 13:8). Moreover, church history shews that popes are ostensibly and invariably bad for the Sacred Liturgy.

I answer that the Ultramontane Papacy has committed greater violence to the Sacred Liturgy than any other force or would-be reformer in the entire history of the Church. Modern popes, that is to say from the Tridentine era even unto our own time, puffed up with the most deplorable arrogance about their own office and authority (epitomized by Pio Nono's infamous reply to Fr Guidi, who dared to question the pope's anti-evangelical understanding of Petrine inerrancy - la tradizione son’io), have not ceased to tamper with the liturgical tradition of the Church based on a certainly flawed and imbalanced hermeneutic of papal supremacy. In the aftermath of the Council of Trent, the task of implementing the liturgical reform was placed into the hands of the reigning pope - a self-evident deathblow to authentic Tradition and a round-about turn in the evangelical understanding of the faith and tradition delivered to the saints once for all (Jude 3), a rule from which liturgy is by no means exempt. One of the principle errors in the promulgation of the Missal of Pius V is shewn most clearly in the rubrics for low Mass, by which it was regularized when it ought to have been condemned as another liturgical abuse akin to the "dry masses" of mediaeval times Fortescue complains about. The latter history of the Sacred Liturgy in the Baroque period and beyond might have been very different.

In 1629 pope Urban VIII commissioned a small oligarchy of little Horaces to rewrite the antient hymns of the Breviary to better reflect the good grammar and classical metre of Horace et al, and to satisfy the absurdly pseudo-classical tastes of the 17th century, thereby spurning the profoundly beautiful hymnody of Ambrose and Prudentius, hallowed by constant use. The mutilation of the antient hymns of the Breviary under the auspices of Urban VIII is rightly held to be an huge mistake by all serious liturgical scholars. Battifol says that the reform ''deformed the works of Christian antiquity''; Fortescue says: ''No one who knows anything about the subject now doubts that the revision of Urban VIII was a ghastly mistake, for which there is not one single word of any kind to be said.''

In 1883 Leo XIII authorized the use of votive offices to lessen the burden of the lengthy ferial office, and while such an endeavour has at least intelligible motives (I am in sympathy here with busy parish priests who have many cares and commitments), such an authorization was misguided and obviously affronts the common Kalendar, which is expressive of the catholicity of the Latin rite in which the Church prays in unison. If there was to be any such ruling at all, it should have been "say as much as you can of the Office," or better still, "secular priests are dispensed altogether from the obligation of reciting the Office since there is not one synodal decree that mandates this abuse."

In 1911 Pius X administered his deathblow to the Roman Breviary with Divino Afflatu. His reform equalised the length of the Offices, but thereby breaking with the antient liturgical norms. Pius X radically altered the antient structure of the Psalter, most infamously with the Laudate psalms for Lauds. In 1913, by the command of Abhinc Duos Annos, Pius X further changed the precedence of octaves and a general revision of the Kalendar (the octaves of the Comites Christi are noteworthy points). How can all this be seen, therefore, as anything but a triumph of Ultramontanism? How is this Tradition? The opinions of liturgical scholars are equally damning of this reform. Robert Taft, SJ says: ''For anyone with a sense of the history of the office, this was a shocking departure from almost universal Christian Tradition.''

Arguably the final nail in the coffin of the remnants of traditional Liturgy was administered in 1939, when the College of Cardinals elected Eugenio Pacelli to the Papacy. Pacelli's involvement in the commission to revise and ''codify'' the sacred canons 20 years previously would, were I a Cardinal at the time, strongly indicate the obvious danger in electing him. In 1947 his most famous encyclical Mediator Dei was published, which, while being upheld by Michael Davies in his book Pope John's Council as ''the most perfect exposition of the nature of the liturgy which has ever been written,'' is profoundly untraditional in its content. So untraditional is it that it reverses the antient liturgical maxim: legem credendi statuat lex supplicandi. The encyclical goes on to say that the pope ''alone has the right to permit or establish any liturgical practice, to introduce or approve new rites, or to make any changes in them he considers necessary.'' Accordingly, in 1948 Pius XII commissioned yet another oligarchy of liturgists (under the supervision of the learned Annibale Bugnini) to make a thorough revision of the Sacred Liturgy.

Pius XII's reforms of the Sacred Liturgy were probably the greatest, most distressing and unprecedented in the entire history of the Church. The worst rebuke to him that ever was given to any man. The reforms are too great to give here a thorough exposition, indeed a man's life would not suffice for the telling of so long a tale of woe, but the decree Maxima Redemptionis of November 1955 completely restructured and mutilated the rites of Holy Week (which, with some devotional exception, were some of the most antient in the Roman Rite), with complete disregard for the rest of an ecumenical liturgical Tradition (the antient rites of Holy Week are much closer to the Byzantine rite in spirit and ethos than the corresponding rites of '62); all but three octaves (those of Christmass, Easter and Pentecost) were abolished, many Vigils also, the Kalendar was remodeled, some changes affected the rite of the Mass etc - all being disruptive of antient norms. I am sure that many of the subsequent reforms of Paul VI, by comparison (in my opinion) rather trivial, can be seen in a similar light.

In summary, modifications of the traditional rites of the Church by a centralized authority (the Papacy) have been questionable at best, deplorable at worst. It is the Christian East which has best preserved the correct approach to the Sacred Liturgy (often in spite of all odds, under the terror of the Sultan and the Communists), and have thereby preserved that spirit of the Liturgy, worshipping the Risen Lord in spirit and in truth. The Catholic Tradition is more solid than haply decisions of self-important popes, and it is a profound misuse of authority for popes to command Christ's faithful to accept a manufactured Liturgy in the name of obedience to the Apostolic See. The Church ought to thoroughly cultivate the antient Liturgy, but to what extent this means a centuries-long process, I do not know. For us now, living in a liturgical wilderness, this may not be that helpful. So, are popes historically good for the Sacred Liturgy? No they are not. Videat Deus et iudicet!

Reply to Objection I: Subsequent to the publication of his book, Peabody was imprisoned on charges of embezzlement, sodomy, fraud and corruption so he is not a reliable witness.

Reply to Objection II: The so-called hermeneutic of continuity is a fond fancy and well befits the current praxis of the Roman church. However, even a glance at the Word of God committed to us by the Church disproves this concept as a crude manipulation of historical theology and discipline.

Reply to Objection III. In the words of that pious lady Mrs Custom from John Taylor's Women Will Have Their Will or Give Christmass His Due: "God deliver me from such authority; it is a Worser Authority than my husband's, for though my husband beats me now and then, yet he gives my belly full and allows me money in my purse."
Posted by Patrick Sheridan at 9:00 am
Email ThisBlogThis!Share to TwitterShare to FacebookShare to Pinterest