The Guild of St Stephen at Westminster... 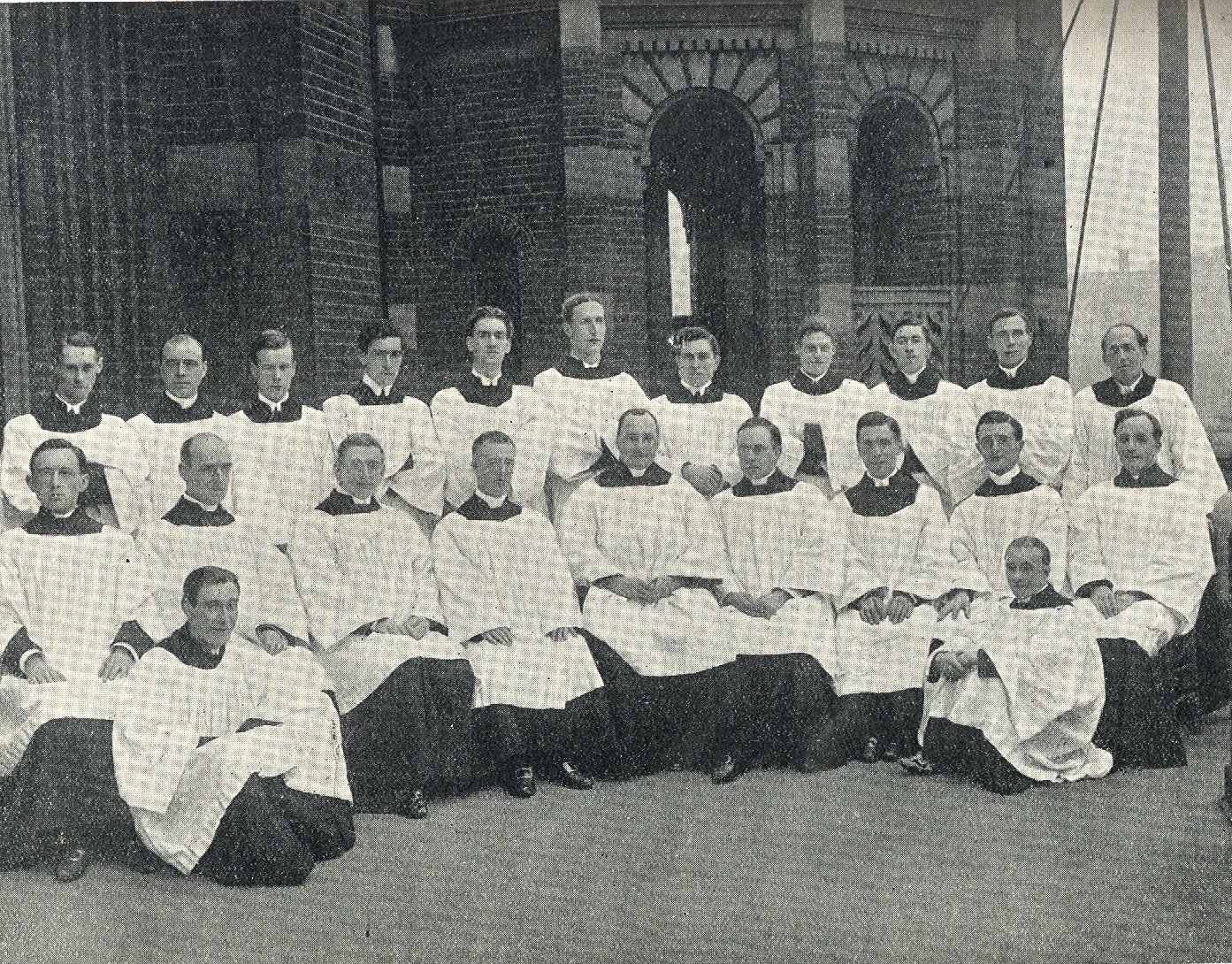 1910.
I think they look rather dignified even if the surplices could be longer. In those days of liturgical orthopraxis there was also an appointed Mace Bearer at the Cathedral to lead liturgical processions. Notice the buckled shoes. 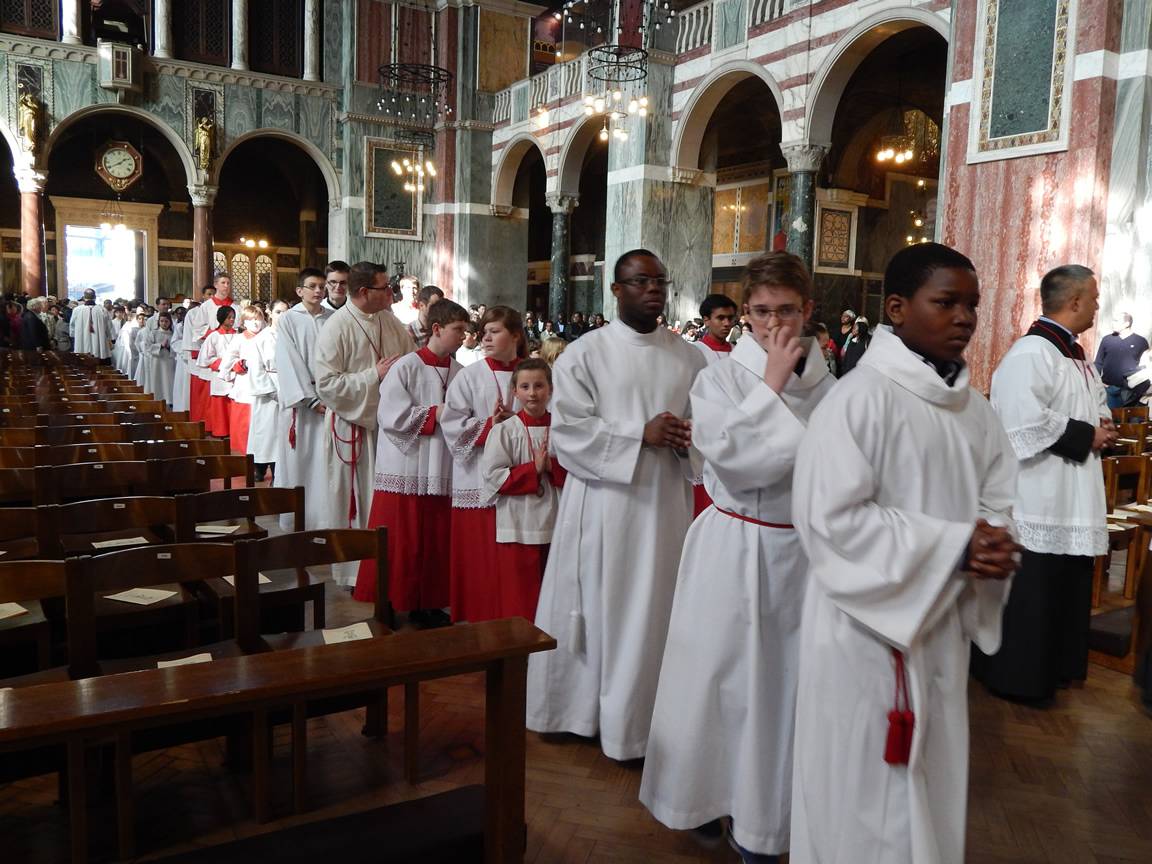 2010.
I think it suffices to just shake your head in disgust. Is that a girl or a boy, the second from the front, picking his or her nose? Polyester cassock-albs, all the lace. Absolutely no dignity whatever and God alone knows to what kind of service they are processing. A Mass celebrated in saccharine English facing the wrong way with lay readers. What rubbish.

A plague upon Cardinal Heenan! The man, totally unsuited to be Cardinal Archbishop of Westminster, who single-handedly brought down a tradition of liturgical excellence at Westminster Cathedral established by his worthy predecessors. And yet the Latin Mass Society, "dedicated to the promotion of the traditional Latin liturgy," lays a wreath at his tomb every year in thanksgiving for the "Heenan Indult!"

Go to Westminster Cathedral to-day and be ashamed to be Roman Catholic!
Posted by Patrick Sheridan at 9:00 am
Email ThisBlogThis!Share to TwitterShare to FacebookShare to Pinterest