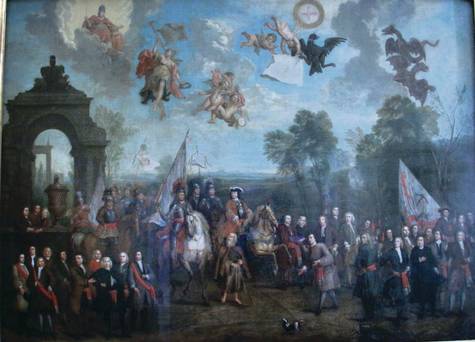 This painting, attributed to the Dutch artist Pieter van der Muelen at the court of William and Mary, shews William III's landing on the coast of Ireland in 1690. It was bought by Stormont in 1933 and there were cries of cheer at its acquisition (at the costly sum of £209 and four shillings). But the cheers gave way to bewilderment and hostility at its unveiling because if you look closely there is a rather popish looking fellow floating in the clouds: pope Innocent XI in fact, in posture of benediction, sanctioning with apostolic power the Protestant war of William of Orange against his enemy King James VII and II, who was in miserable league with the "Sun King" of France. You see, William was allied with the Papacy against Louis XIV of France, who dominated the politics of the age. Perhaps the vandals who threw red paint over the figure of Innocent XI in this painting were not aware of the loveless league of Calvinist Billy and the Papacy? But it's interesting that upon hearing the outcome of the Battle of the Boyne, the pope ordered Te Deums all over the Papal State. It's reminiscent of pope Adrian IV's hearty endorsement of Henry II's conquest of Ireland in the bull Laudabiliter. So much for Papal sanction of Irish nationalism and the old Celtic order in Ireland!

There is an interesting article on the alliance of Dutch Billy and the Papacy here. One could well ask why Rome castigated France for its tenuous alliance with the Ottoman Empire when it was simultaneously funding a Protestant prince in his wars against France. Traddies might say that the old Temporal Power had some worth but I can't personally see it. 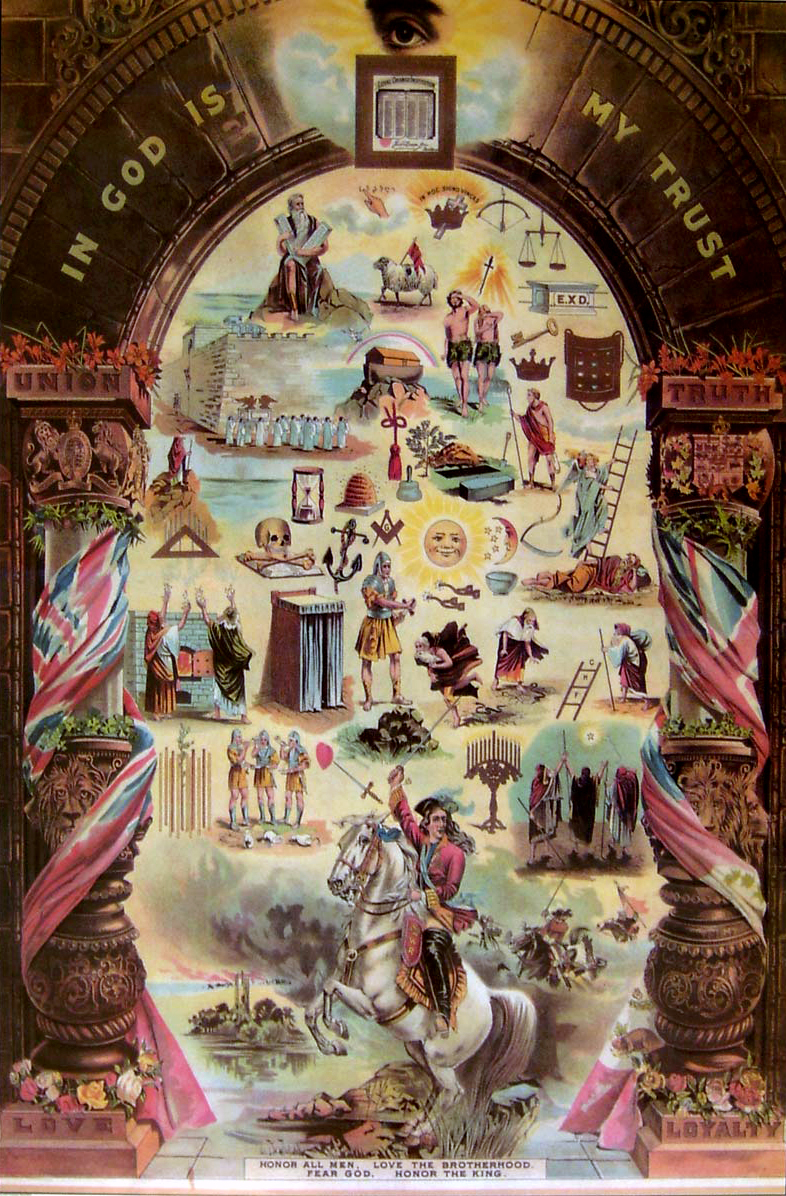 I call upon readers to pray for a United Ireland. God save The Queen!
Posted by Patrick Sheridan at 9:00 am
Email ThisBlogThis!Share to TwitterShare to FacebookShare to Pinterest