Magnificence of the Liturgy... 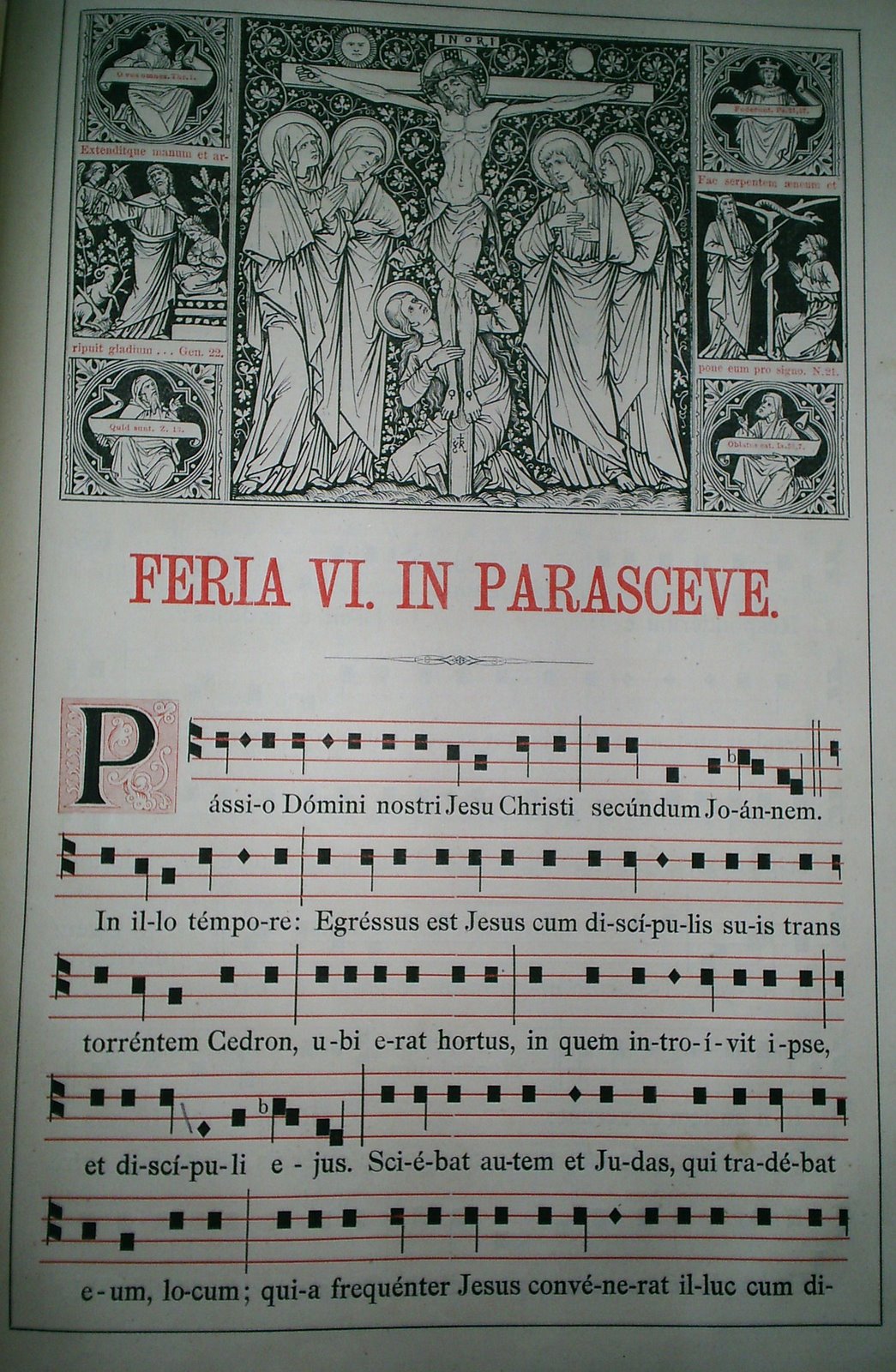 On Passion Sunday (neither "first" nor "second") last, a friend and I were listening to Byrd's Passion according to St John. It has a noticeably more correct Latin pronunciation, the traditional pre-Pius X tone for Narrator; the grave, melancholy tone for Christus, and the beautiful Turba parts in their rich, ascending melodies and it brings home what I have always thought; that the Church exists to beautify the Scriptures in divine service, to present to us the riches of the Word in Its proper context, and in times past the Roman Rite was no exception. I venture to comment on the Turba part because I think this is important. In the service of the Church, in his great genius Byrd has transformed the shrill voices of the baying crowd into an angelic voice of divine praise. Think of that! Cries of crucifige, crucifige eum! uttered in bottomless malice elevated to the quintessence of liturgical delicacy. Thus is the malice of the Jews confounded in our churches!

Contrast the florid contours of Turba with the seeming modesty of Christus. Turba, in exuberant song that anticipates the joy of the Resurrection inverts the rage against God into humble oblation; Christus, even as Christ said, my soul is exceeding sorrowful unto death (Mk 14:34), resonates the melancholy of the Passion and maintains a simple monodic unison that yet commands authority (cf. Mt 7:29), bidding us give ear. This differentiation of polyphony and monody far exceeds the common sense distribution of parts to one or several persons but is a symbol of the theological distinction between the One True God and the many false gods of the Gentiles, and between the infinite perfection and simplicity of the One God and the composite imperfections of the multitude of sinners. One might say also that the transformation of the malicious cries of the Jews into the most fervent voices of supplication reflects the mystical inversion of Time that we experience during Lent, with evensong sung before nuncheon; a praxis, like the Mass of the Aforehallowed Gifts, so despised and misunderstood by the philistine reformers of the 20th century.

The Philistines conquered, to our sorrow. Goliath, in the person of Pius X, cheaply discarded the traditional tone and replaced it with a simple Mattins tone. Why?

Photo: St Lawrence Press.
Posted by Patrick Sheridan at 9:00 am
Email ThisBlogThis!Share to TwitterShare to FacebookShare to Pinterest