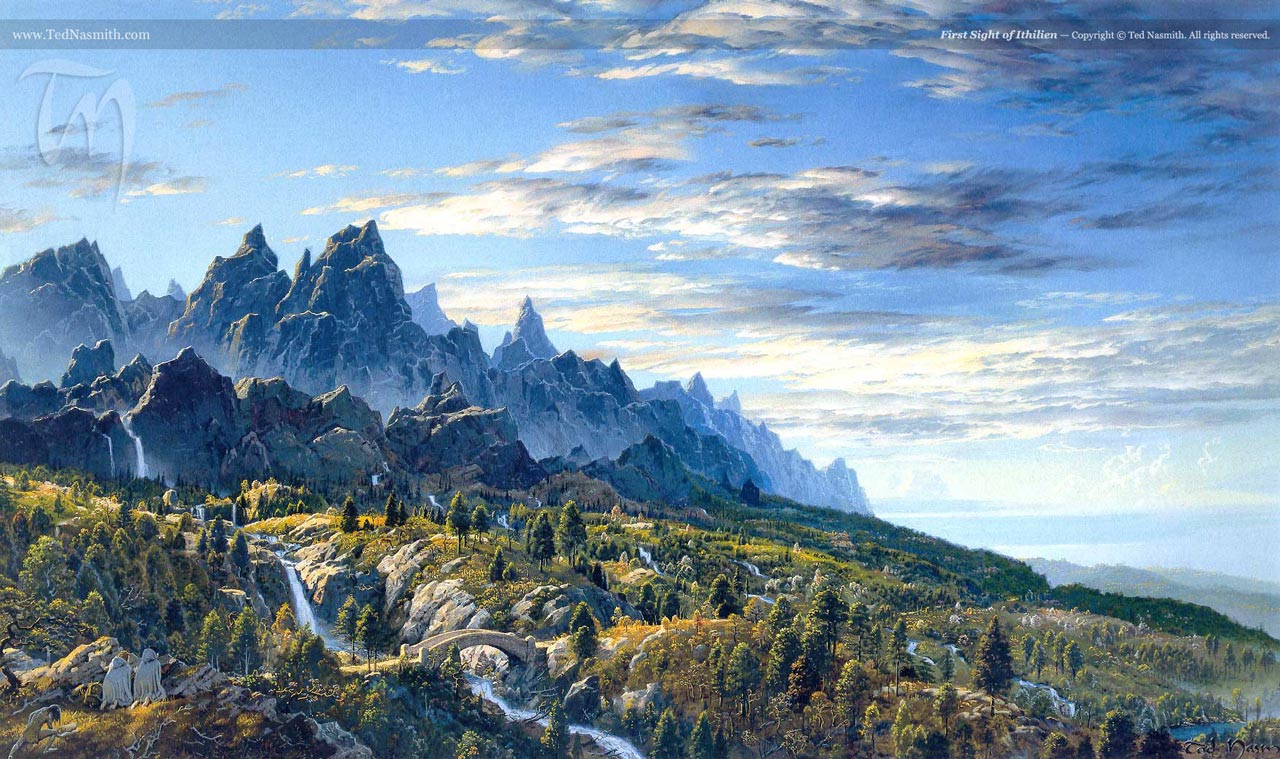 "He could see them clearly. He had a very powerful visualising mind. But I think that the names 'Simbelmynë' and 'Niphredil' were absolutely essential to their existence in his mind." Christopher Tolkien talking about his father's conception of flowers.

There are lots of plants and flowers named in Tolkien's legendarium, each with their own unique qualities and histories. Off the top of my head, there are the red seregon of Beleriand that crowned the top of Amon Rûdh as with blood; the golden elanor that grew in abundance in Lothlórien; and, to me, most theologically and indeed liturgically significant are the kingsfoil which, for Aragorn, was like unto our own basil (hence basileus, although that connexion should be in reverse). But Christopher Tolkien has really synthesised the entire legendarium by those few words. It begins with a word, and the myth proceeds from the word. In the subcreative sense, this reflects the Genesis Creation story. God said Let there be Light, and light was. In Tolkien's case, the legends form around the word, which are more than a collection of subjectively attractive syllables, and the depth, detail and complexity of the connected phonetic and philological forms give a sense of reality to the legend.
And as Tolkien had, in the words of his son, a deep, urgent love of nature then it's not surprising that his description of Ithilien, a land of swift flowing waterfalls and herbs of divers hues and smells, is so real. It reminds me of parts of France that I have seen, and Tolkien never saw.