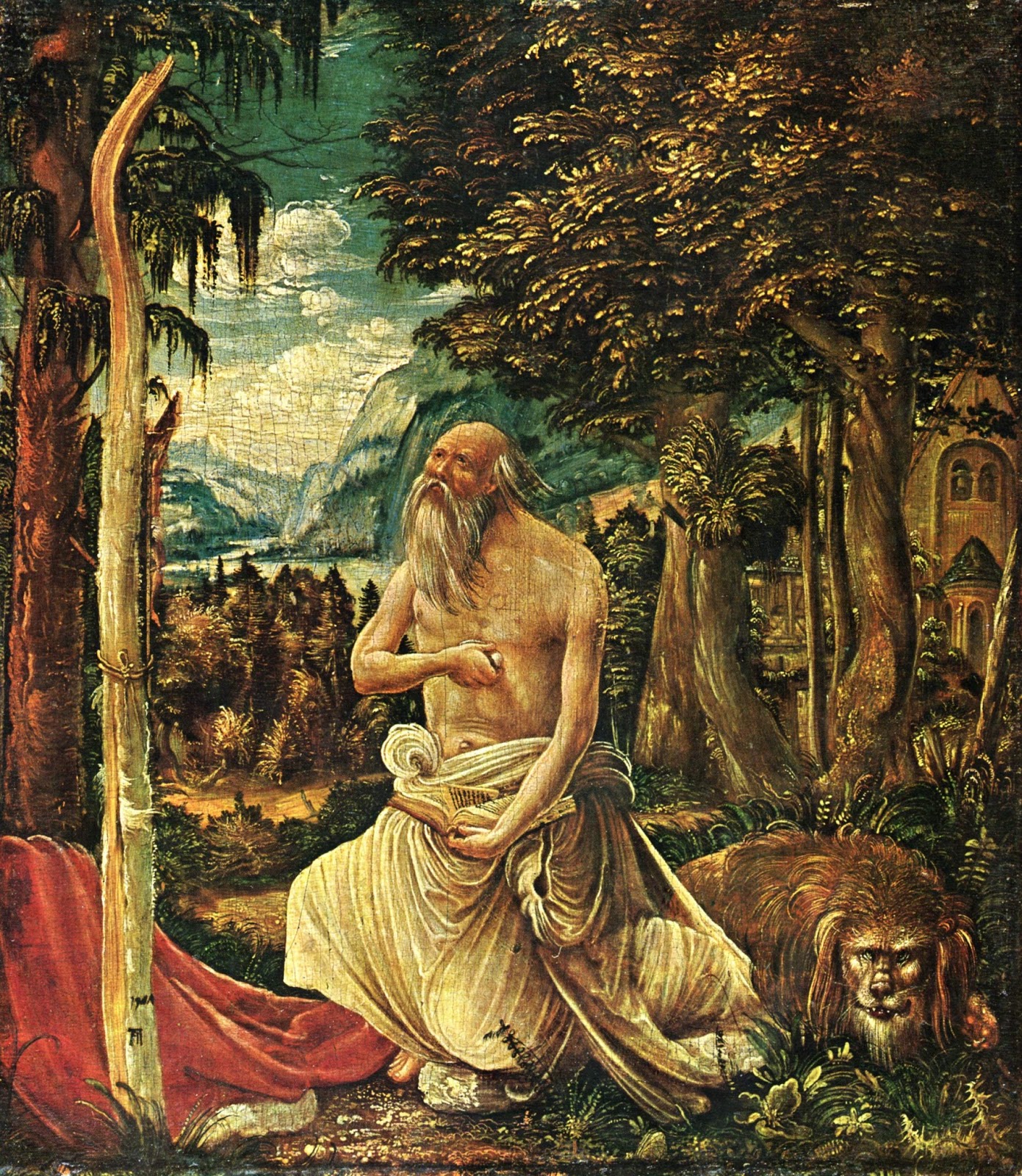 Many years ago when, for the kingdom of heaven's sake, I had cut myself off from home, parents, sister, relatives, and - harder still - from the dainty food to which I had been accustomed, and when I was on my way to Jerusalem to wage my warfare, I still could not bring myself to forgo the library which I had formed for myself at Rome with great care and toil. And so, miserable man that I was, I would fast only that I might afterwards read Cicero. After many nights spent in vigil, after floods of tears called from my inmost heart in recollection of my past sins, I would once more take up Plautus. And when at times I returned to my right mind and began to read the prophets, their style seemed rude and repellent. I failed to see the light with my blinded eyes; but I attributed the fault not to them, but to the sun. While the old serpent was thus making me his plaything, about the middle of Lent a fever fell upon my weakened body, and while it destroyed my rest completely - the story seems hardly credible - it so wasted my unhappy frame that scarcely anything was left of me but skin and bone. Meanwhile, preparations for my funeral went on; for my body grew gradually colder, and the warmth of life lingered only in my poor throbbing breast. Suddenly I was caught up in the spirit and dragged before the judgement seat of the Judge; and here the light was so bright, and those who stood around were so radiant, that I cast myself upon the ground and did not dare to look up. Asked what my rank was, I replied: "A Christian." But he who presided said: "You lie. You are a Ciceronian, not a Christian. For where your treasure is, there will your heart be also." Instantly, I became dumb, and amid the strokes of the lash - for he had ordered me to be scourged - I was tortured more severely still by the fire of conscience, considering with myself that verse: In the grave who shall give thee thanks? Yet, for all that, I began to cry and to bewail myself, saying: "Have mercy upon me, O LORD: have mercy upon me." Amid the sound of the scourges this cry still made itself heard. At last the bystanders, falling down before the knees of him who presided, prayed that he would have pity on my youth, and that he would give me space to repent of my error. He might still, they urged, inflict torture on me, should I ever again read the works of the Gentiles. Under the stress of that awful moment, I should have been ready to make even still larger promises than these. Accordingly I made oath and called upon his name, saying: "LORD, if ever again I possess worldly books, or if ever again I read such, I have denied thee." Dismissed then, on taking this oath, I returned to the upper world* and to the surprise of all I opened my eyes so drenched with tears, that my distress served to convince even the incredulous. And that this was no sleep or idle dream, such as often mock us, I call to witness the judgement seat before which I fell down, and the verdict which I feared. May it never be my lot to appear again before such a court! I declare that my shoulders were black and blue, and that I felt the bruises long after I awoke and that thenceforth I read the books of God with zeal greater than I had previously given to the books of men.
St Jerome, Ep. XXII.

*St Jerome appears to have regarded this judgement as taking place in the classical Hades! I wonder if God sees me as a Tolkienian?
Posted by Patrick Sheridan at 9:00 am
Email ThisBlogThis!Share to TwitterShare to FacebookShare to Pinterest