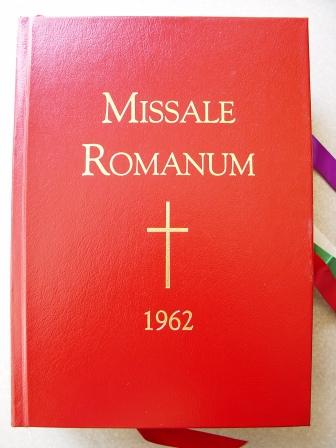 I wonder what response I'll get by saying that this article penned by Gabriel Sanchez (formerly Modestinus) proves that the (Russian) Orthodox Church is the true Church of Christ; one, by the author's admission that the ROC has an high, maximalist approach to the Sacred Liturgy (the Nikonian reforms notwithstanding), in keeping with sound Tradition; and two, by highlighting the Church's open intolerance toward other Christian confessions and the Jews. Why bother with "ecumenism," with all those trite declarations and pointless ecumenical services when you can simply say, "we're the True Church. If you want salvation, come and join us. Until then, we'll just be getting on with the Sacred Liturgy in the fullest form we can contrive, according to Christ's express ordinance." And as for religious liberty, nobody has the right to believe and promote lies; why, then, tolerate it in a country where the vast majority of the members are at least nominally members of the True Church?

As for the $$PX, they ARE schismatic and if it were up to me I would re-excommunicate the three remaining bishops, all priests and seminary rectors in an instant unless they swore oaths affirming the full doctrinal integrity of Vatican II and the Novus Ordo and made provision for their seminarians to become acquainted with that rite. As it is, they do not. They do not assent to the conception the RC church has had of itself since Vatican II, whether in terms of ecumenism, religious liberty, inter-religious dialogue and in relation to the Jews. Furthermore, they are not "conservative" in matters liturgical, by any stretch of the imagination! There is no comparison between the $$PX and the ROC in terms of liturgy; none whatsoever! Nobody can maintain that there was this sudden revolution in liturgy "post-Vatican II" and then completely ignore the entire history of 20th century liturgical reform - all at papal command. The only reason the $$PX does '62 is because it enshrines their view of the Second Vatican Council, which they reject entirely (if I know the $$PX). Put simply: "before the Council = good; after the Council = bad," with no toleration of a more holistic perception. It has nothing to do with liturgical orthopraxis, conservatism or merit. The very ethos of the liturgical books of 1962 is one of reform; not a single day in the '62 kalendar bears any resemblance to a Latin rite Tradition. One argument I have encountered in favour of '62 is that the Mass rite is largely in tact. This ties conveniently in with the comparatively low, minimalist approach Rome has ever had to liturgy. Or put simply: "the Mass is salvific so we only care about sacramental validity. What of the hours of the Divine Office? That's Church of England, isn't it?! We have low Mass!" Now, I daresay, if I walked into a Russian Orthodox church with this mentality, I'd be turned out too! And rightly so!

Use of the 1962 books is a cynical sideswipe against the Second Vatican Council and enshrines a warped ecclesiology and view of liturgy. The $$PX is solely to blame for this influence in the traditionalist movement in the RCC. When the liturgical resistance began in the RCC in the 1960's (before the $$PX was founded), everybody was doing pre-1962 and arguing for their cause from immemorial custom. Geoffrey Houghton-Brown, some time chairman of the Latin Mass Society, publicly rejected the Heenan Indult (1971), which authorised use of the 1967 rite, and until 1984 pre-1962 was universal, except in some $$PX churches. Anybody who knows anything about the expulsions from the $$PX in 1983 will no doubt deplore the divisive influence the 1962 missal has ever had wherever it has reared its ugly head. Look at my own experiences at Blackfen! No consistency or integrity; just a vacuum filled by Benedict XVI, newly-dubbed "doctor of the liturgy." Tradition is completely inconsequential. They mistake prejudice for tradition and zeal for a lack of charity.

Forgive this hastily written screed.
Posted by Patrick Sheridan at 8:05 pm
Email ThisBlogThis!Share to TwitterShare to FacebookShare to Pinterest