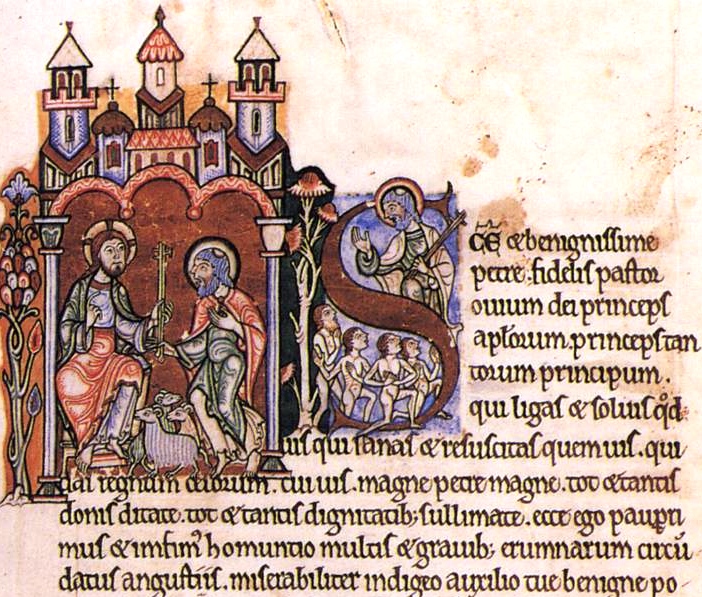 As you know, I have long rejected the compendious nature of Roman liturgical books. It is also one of my life's goals to make a reform of the Roman Rite on traditional premises for possible use within Western Rite Orthodoxy. Therefore, to restore the Roman Rite to the pristine norm of the Fathers, it is necessary to abolish the use of missals and breviaries and distribute the divers parts of the Liturgy into several liturgical books, as was the custom before the onset of the pestilential Franciscan Order.

The proposed books would be:

The Kalendarium: A semi-liturgical book containing the Kalendar (Julian, of course), both Temporale and Sanctorale, with movable feasts and directions for every possible occurrence. This could perhaps be split into fifteen volumes; one for every kalendar month of the Sanctorale, in honour of the Apostles, and three for the Temporale, in honour of the Blessed Trinity, covering Advent to Epiphany; Lent, Easter and Pentecost; and the Sundays after Trinity.

The Sacramentarium: Corresponding more or less to the missal without the texts proper to the choir and without gospel and epistle pericopes. This would contain a new, abridged rubrics section taken from the Pontificale (below).

The Lectionarium: Containing the epistles and Acts to be chanted at Mass.

The Evangelistarium: Containing the Book of the Gospels.

The Liber Passionis: Containing the Passion narratives with notation. I am undecided as to whether this should be incorporated into the Evangelistarium or whether to keep a separate three volume set, as in the "modern" Roman Rite. It would be better to have them separate, I think, for practical purposes.

The Psalterium: The Psalter, with proper notation according to the season.

The Legendarium: Containing the lessons to be read at Mattins, lives of the saints, patristic homilies, a revised martyrology.

The Manuale: Containing occasional offices and sacraments, such as Baptism, etc. Corresponding more or less to the ritual.

The Graduale: Containing the musical notation and choir parts. Use of the "Liber Usualis" would be forbidden.

It would be a lifetime's work, particularly where chant notation is concerned.

What think you? Is it achievable? Feasible? Questions, comments, protests, etc, below. I have chosen the term "legendarium" for the book of Mattins lessons and homilies in honour of Tolkien's legendarium, which is the collective name for the legends of Middle-earth. Also, legenda is Latin for "[things] to be read," of course.
Posted by Patrick Sheridan at 2:33 pm
Email ThisBlogThis!Share to TwitterShare to FacebookShare to Pinterest