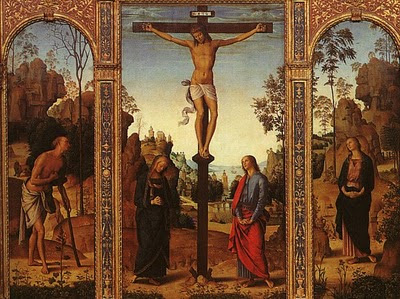 Initially published on 31st May 2010, indeed one of the earliest posts on Liturgiae Causa.

My apologies for not posting something on this yestermorn, but when I got in from Mass I was very tired. Incidentally, due to the shortage of servers, Mass yesterday was a sung Mass with the ceremonies of low Mass (albeit I refused to kneel for the collects) with incense; most extraordinary, but competently done. Now, why can't all low Masses be like this? Incense is integral to liturgy...Since yesterday was Trinity Sunday, a word on the noble, antient and apostolic tradition of signing oneself with the Sign of the Cross seems apposite, since this Sign (the terror of demons, the cause of all graces and all blessings - Sts Cyril and Leo respectively) calls to mind not only the Cross of the LORD, the instrument of Salvation, but also the Blessed Trinity. 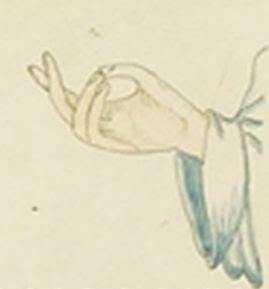 As mentioned heretofore, the Sign of the Cross goes back to apostolic times. In the most antient days, it appears to only to have been the tracing, by the thumb, of the Rood token of the LORD upon the forehead, as we do before the Gospel at Mass. However by about the time of the Council of Chalcedon (A.D 451), this had developed into the more common "broad" Sign of the Cross, making use of two fingers; expressive, perhaps, of assent to the Two Natures in Christ and a refutation of the Monophysite heresy. When Sts Cyril and Methodius brought the apostolic faith to the Slavic tribes beyond the confines of the Roman Empire, it was this way of making the Sign of the Cross that they brought with them and was still in use in the Russian Orthodox Church until the 17th century. 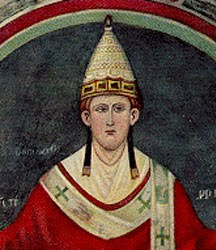 Until the early Middle Ages, Christians of the Latin Rite made the Sign of the Cross as it was done (and is still done) by the Greeks; that is, adjoining the thumb and forefingers (in deference to the Blessed Trinity) and touching the forehead, the breast, and thence from the right to the left shoulder. In the Ancrene Riwle, a 13th century monastic rule translated by J.R.R Tolkien, the author directs his nuns at Deus in adiutorium to make a little cross from above the forehead down to the breast with three fingers, from right to left. However this practice gradually fell into abeyance, and by the time of pope Innocent III, he of the Lateran Synod, there seems to have been a twofold praxis of tradition and innovation side-by-side in the West. The pope then gave new instruction as to how to make the Sign of the Cross, and gradually the newer method of passing from left to right replaced the older form. Eventually (by about the 14th century) this newer method was modified to an even newer form, and the old custom of adjoining the thumb to the forefinger and middle finger was replaced with the modern practice of making no such distinctions at all, but by simply signing oneself with the open palm. Later apologists for this novel formula created a scaffold around it by claiming that the open palm represented the Five Wounds, but devotion to the Five Wounds is itself a Mediaeval innovation. Seen side-by-side with the gradual loss of liturgical sense in the Latin West (due to a complexity of matters that I will not elaborate here), this gradual waning of Tradition in the Sign of the Cross creates interesting food for thought. I wonder what state the present Roman Church would be but for it?

In Russia the situation was markedly different. Until the liturgical reforms of Patriarch Nikon (1605-1681), the Russian Church kept to the most antient praxis received from Sts Cyril and Methodius. Nikon, in his zeal for everything ''Greek'' (he, in fact, said that he was a Russian in all things but his Faith, which he said was Greek), changed this. He demanded that all Russian liturgical practices conform to the liturgical practices of the contemporary Greek Church, even if these were at variance with the apostolic Faith brought to the pagan Slavs by Cyril and Methodius. And so he commissioned a general liturgical reform, hitherto unknown in the Orthodox world, and brought the Russian liturgical books and ritual practices into line with those of the Greek Church. Now the Russians would make fewer prostrations in the Liturgy, they would sing the Alleluia thrice instead of twice, they would make the Sign of the Cross with three fingers instead of two, and a host of other, seemingly trivial things, such as the direction of liturgical processions, &c. All seemingly trivial to us of the Latin West, long accustomed to arbitrary innovation.

These reforms, comparatively trivial, met with huge opposition in Russia, from parish clergy, the monks and the lay people and a schism ensued. The Old Believers (or, more accurately, the Old Ritualists) retain the traditional liturgical praxis of early 17th century Russia to this day (the Sign of the Cross included - indeed it has become a great Shibboleth for them), although they were persecuted harshly, and many splinter sects went into heresy. Adrian Fortescue treats very disparagingly of them in The Orthodox Eastern Church, saying that the only good thing about their existence is that they afford unequalled opportunities for the scientific study of lunacy! What I find most interesting is the parallel between the near-autocratic authority of Patriarch Nikon to instigate such a huge-scale liturgical reform and to impose liturgical uniformity upon Russia at whatever cost and Papal authority to do just the same. 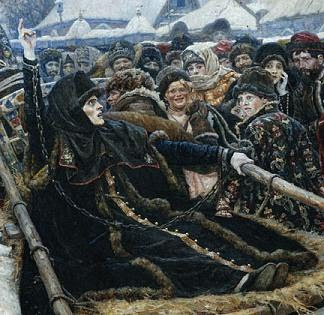 So to return to the question I asked at the beginning of this post - how do we traditionally make the Sign of the Cross - a sacramental so simple yet intrinsic to our Faith - the answer is obvious. It is not ''do as the pope says because he is the Vicar of Christ, supreme master of all doctrine and the dispenser of grace," but rather do as the Tradition would have us do. Only thus do we mirror the divine praxis and truly bless ourselves with that selfsame Sign of the Cross with which Christ blessed the Apostles.
Posted by Patrick Sheridan at 9:00 am
Email ThisBlogThis!Share to TwitterShare to FacebookShare to Pinterest