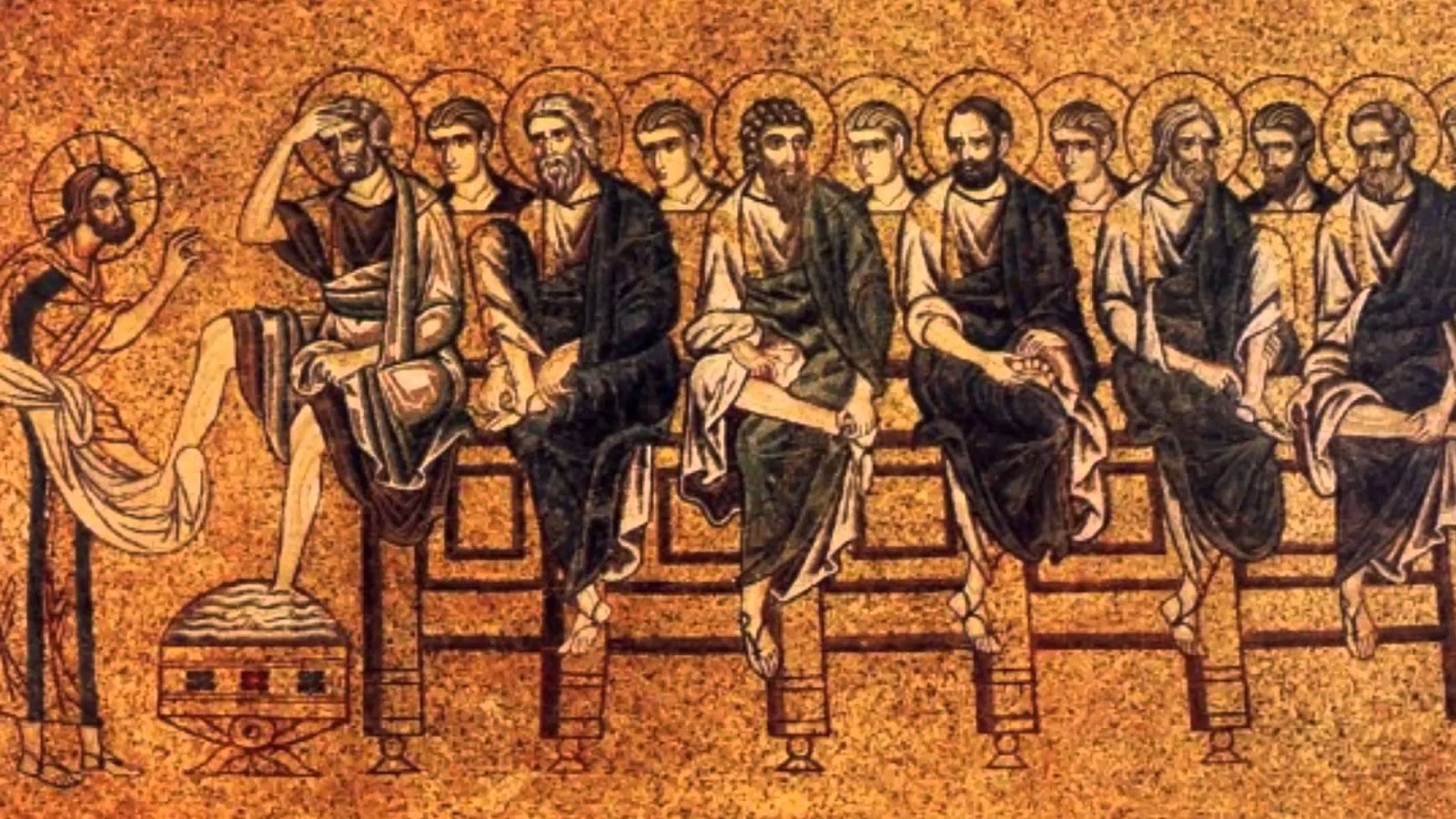 This Professor Kwasinutkase really gets on my nerves. In yet another piss poor article on the Aliturgical Bowel Movement, written in his accustomed verbose and pretentious style, he has referenced the Cistercian tradition as a stimulant for reform in the liturgical vacuum of modern Roman Maundy ceremonies. The great shibboleth is the involvement of women in the ceremony when the rubrics stipulate viri (I humbly suggest that the liturgical books say a good many other things that the traddies conspicuously ignore, but that's for another post) since, he claims, this undermines the doctrine of the male priesthood. He goes on to suggest that the ultimate symbolism of the Maundy is the "ordination" of the Apostles into the first bishops of the Church at the LORD's Supper, at which they concelebrate the first "Mass." After a lengthy quotation from a history of the Cistercians, he says:

"Could there be a washing of the feet of (e.g.) prisoners or the elderly or the handicapped that was not embedded, misleadingly and acontextually, in the liturgical commemoration of the Last Supper on Holy Thursday?"

Boob. The article makes no mention of the fact that the incorporation of the Maundy into the Mass rite is itself an innovation, having its uttermost origins in the mutilations of Pius XII, so why does he make such a fuss about "disregard for the wisdom of Catholic tradition," and those who claim to "know better than our benighted forebears?" It seems to me that if the praxis has become so obnoxious and objectionable, why not omit it altogether in parishes and petition bishops conferences to restrict it to cathedral and collegiate churches? Surely that would be better expressive of the apostolicity of the bishops? And since Christ our LORD washed the feet of the Disciples after they had supped, the current position of the Maundy in the Roman Rite is especially odious and not in keeping with Catholic tradition by any stretch of the imagination. Traditionally, the Mandatum had no connexion to the Mass rite whatsoever, there was no requirement that it take place in the church and the feet of thirteen men were washed, not twelve as in the bastardised rite of Pius XII, so venerated by the traddies. Yes, let's all idolize the early 1960's as the most sublime era in liturgical history.

Dr Kwasniewski needs revision if you ask me. Furthermore, it would seem proper for the Traddies to order their own houses before they questioned the mess of others.
Posted by Patrick Sheridan at 9:00 am
Email ThisBlogThis!Share to TwitterShare to FacebookShare to Pinterest