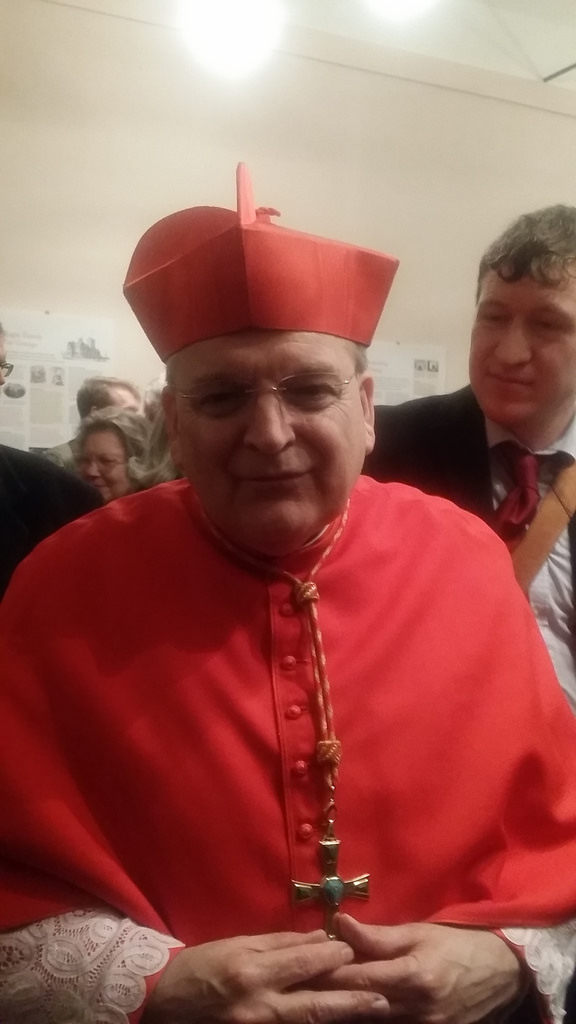 Is that constipation? Or his Harry Enfield impression?

At about the time Cardinal Burke was celebrating Mass on Monday (what time did he sing vespers, I wonder?) I was some sixty miles away in the Sainsbury's at Crayford with my mother. Seen in this photo, his eminence wears the traditional scarlet mozzetta with matching biretta reserved for traditional prelates during traditionalist Lent. No Lenten violet, then, for Cardinal Burke, the herald of tradition and orthodoxy in these latter days! No, to adhere to tradition in respect of prelatial dress would be perhaps too ambiguous, a tendency to archaeologism, not clear enough, doctrinally unsound, and who are we to judge; and whatever other charges are miserably leveled against the Lord Pope, gloriously reigning, clearly Burke's nemesis.

Or put another way: evening Mass, an abomination, 1953; presumably the rite was the bastardised rite of 1962; and that prelatial dress is circa 1970. Am I alone in thinking that these people just make it up as they go along? How is any of this "tradition?" Or is this just the theatre in which they can all feel smug and superior, rejoicing in the slightness of their numbers, being, during the dark days of pope Francis' pontificate, the persecuted minority?
Posted by Patrick Sheridan at 11:00 am
Email ThisBlogThis!Share to TwitterShare to FacebookShare to Pinterest