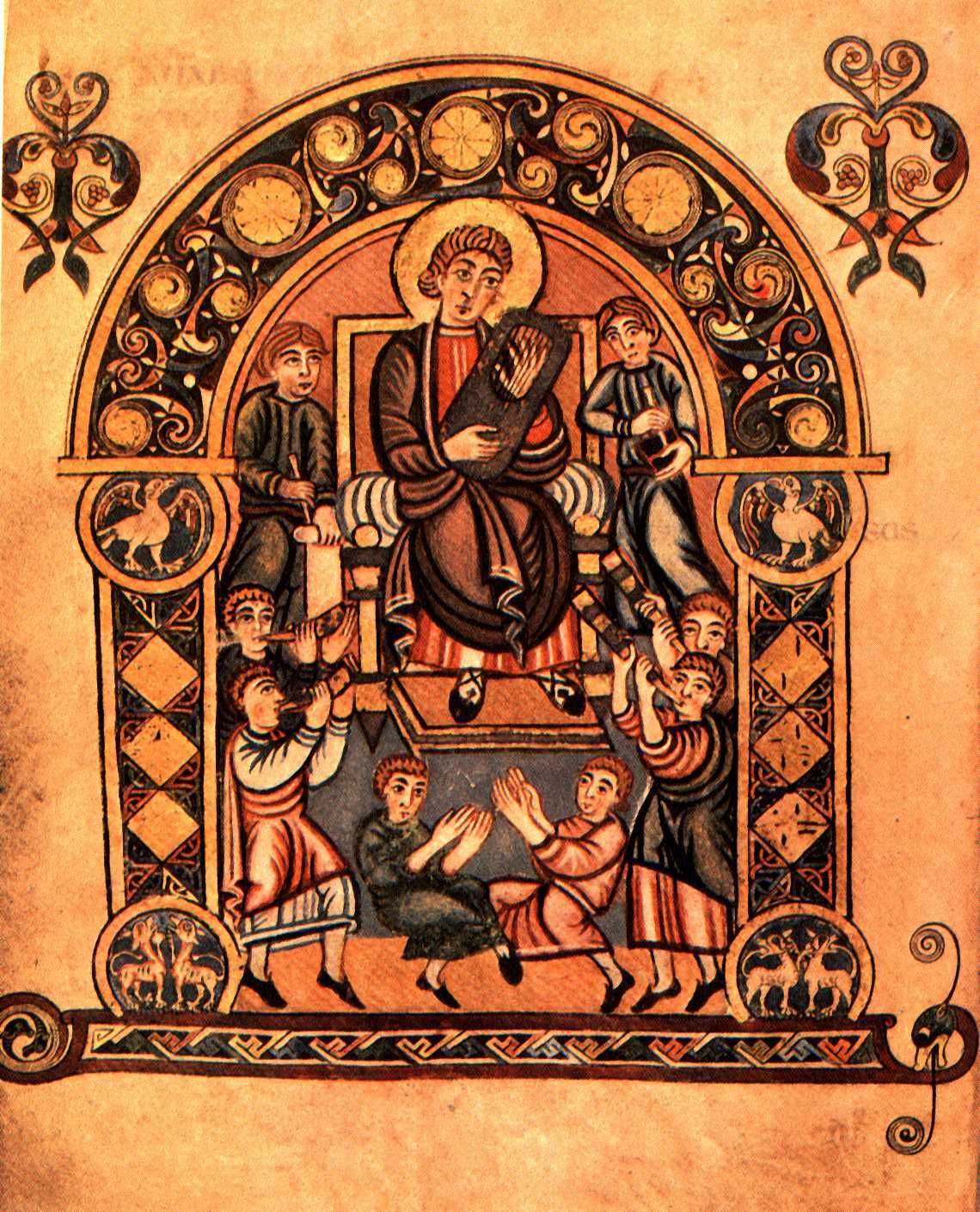 There is an interesting article on the use of vulgar tongues in the liturgy here. Years ago I found the very idea of vernacular liturgy a monstrosity, a Protestant innovation and not to be countenanced. My view was fortified not only by what I then considered to be the General Council par excellence, Trent, which pronounced an anathema on those who said that the liturgy ought to be in the vulgar tongue (the hermeneutic of continuity in action!), but also tracts published by the Society of Pius X and various Sedevacantists, which, ten years later, I can no longer find. The general consensus was that liturgy (or what passes for it in Traddieland) is, of its very nature, exclusive, isolationist, that the mere laity can "participate" thereto in their own rude way by telling beads or staring into space. I'm sure I don't need to spell it out; the priest in his Roman tabard ambling his way to a side altar with a chalice followed by a server; they bow (or the priest does), and then commence the inaudible mumbling in a dead language while the common folk look on aghast. And this is the liturgical ideal? The organic growth of two thousand years of piety and orthopraxis? Or is it rather a hideous, stinking growth like a tumour which ought to be cut away? And this is quite apart from the question of language! It makes little difference for a priest to say under his breath Introibo ad altare Dei that the faithful hear not and the server to mumble unto God which giveth joy to my youth. When I was at Blackfen my father attended a low Mass on a Saturday morning once. He sat at the back and spent the twenty minutes staring blankly at a pew book. Afterwards he shrugged his shoulders and said he didn't understand why I wasted my time with religion. No doubt the traditionalists will accuse him of philistinism but I know exactly what he meant. He meant, of course, that it's boring, unimpressive, and "I got out of bed for this?!" And my father is a very shrewd man; a bit like Farmer Maggot.

Tongues have been wagging of late about the celebratory Mass to mark the 50th anniversary of the first Mass in Italian, celebrated by no less than Paul VI himself. The only thing I can think to say on this is that it was too late, and not just by a few decades but a few centuries. The Latin liturgy may work, or may have worked, in countries with a Romance language as the mother tongue, that is to say with languages similar to Latin in many words and devices, but in England, Germany, Scandinavia and elsewhere, where Latin has ceased to be the language of lore due, ironically, to the Renaissance, it can't be expected to work in the same way. In the United Kingdom, Latin has been on the decline for over a century. My mother was taught Latin at school, my father was not. I read GCSE Latin but Mrs Granden followed a curriculum that assumed that none of us would ever achieve fluency and when she retired, she was not replaced. And I am the exception! So to what avail did the Church of the 19th-20th centuries continue to celebrate her rites in a tongue not understanded of the people? Nobody can argue for the retention of Latin for theological reasons; while it may be the language of the Latin Fathers and the Vulgate, Greek is the real language sacred to our religion so even patrimonial reasons don't really hold due also to the scandalous manner in which much of that patrimony has been neglected. A low Mass mumbled in Latin might as well be mumbled in English, as opposed to choral Tenebrae with Victoria's exquisite Responses. I suppose for pastoral reasons questions arise as to the nature of a "liturgical" language when faced with a demonstrable decline in classical education. Even Tolkien ascribed to the language of liturgy a certain "eminence" when he described Gothic as raised thereto in Wulfilas' translation of the Bible; and Tolkien, who as a young scholar worked on the compilation of the Oxford English Dictionary, notoriously continued to respond at Mass in Latin despite the rude English to which he became subjected in his later years. Until the 1960's it was the wisdom of the Church of England to retain its Prayer Book, with its courteous English style richer in beautiful words and yet intelligible. W.H Auden wrote that a child can be made to understand what "the quick and the dead" means, and not be put out. But comparatively by 1960's the Prayer Book was already old and established in tradition and so the notion of a liturgical language was logically inapplicable to the Church of England. What of Rome? 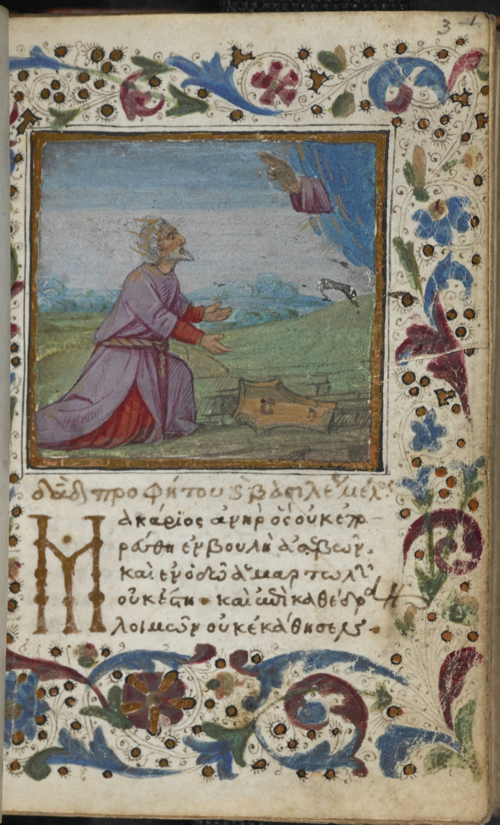 ...
I hesitate because it's a moot point. I've said already that it was centuries too late and to somebody like me, sensitive to right goodliness of speechcraft, the translations produced by Rome have invariably been wanting in some respect. That which I grew up with was crass and unlovely; the most recent is worse in many ways, inauthentic, artificial, sounds like the narration of a bus schedule (I got that impression from Fortescue), against which men do well to oppose. It was, and is, too late. And because the plainsong melodies of the Graduale are in Latin, the works of the great Renaissance composers are in Latin, &c, Latin has become the shibboleth of the traditionalist cause. Therein is their wisdom, yet also their downfall or, rather, can be discerned the tragedy of the Roman communion. Where, at Trent, it was almost treasonable to the Roman communion to even countenance vernacular rites, deemed later to be "impious" by Pius V, I would argue that she missed the chance to reform herself on holistic principles rather than unflinching, erroneous ones. The Reformation, while largely tragic, had some wisdom yet Rome refused it and continued in her error.

And so to-day, in this godless age of misrule, the question of Latin is more important than ever. We're faced with problems in education, problems in translation, problems in music; so many that a man's life would not suffice if I told all. Ultimately, I would argue that Latin is more important to a literate congregation, which is a question of education. Latin has almost completely disappeared from our schools, to our great loss and the permanent marring of our society. John of Salisbury, in the Metalogicon, complained of educational standards of his time and he was the beneficiary of a classical education and lived during the springtime of the Middle Ages! In our own time, if Latin as the language of liturgy is to be salvaged and made worthwhile then work must needs begin with the classroom and here we are miserably subject to the competing liberal idealogues, ministers of education, Ofsted, &c, and my, do they despise Latin! And the reason they despise Latin (and Greek) is because it's old, irrelevant and a classical education is by no means a moral activity. Sex education and tolerance is more important nowadays.

It's all vain and the dark ages are here. If vernacular liturgy was ever to work in the Roman communion the Council of Trent should have made provision for it. Only it didn't. Rome persisted with the meandering, mumbling priest for four hundred years and then produced banal translations that are to nobody's liking and quod erat demonstrandum. The tree is known by its fruit, and what are the fruits thereof? A church that is largely ashamed of its own tradition, with hordes of clueless priests and lay people and a remnant who make a fetish of the worst abuses prior to Vatican II just because they're performed in Latin.
Posted by Patrick Sheridan at 9:00 am
Email ThisBlogThis!Share to TwitterShare to FacebookShare to Pinterest