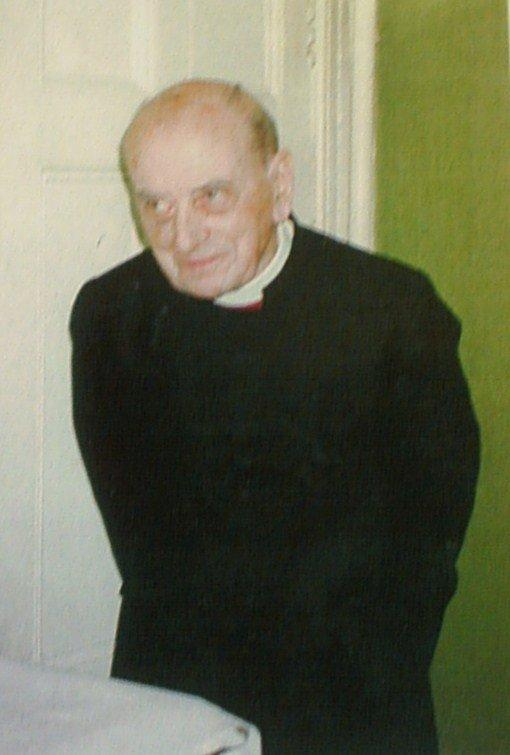 The great Mgr Alfred Gilbey died 17 years ago to-day. Customers of the St Lawrence Press Ordo will notice that on 26th March, under the instructions for the liturgical day, is written: Dies Anniv Rmi Alfredi Newman Canonici Gilbey, Praelati, 1998. This inclusion is due to the fact that Mgr Gilbey bought, and used, the Ordo. I have heard nothing but praise of Mgr Gilbey from those who knew him well (including many of my personal friends). Great among the proto-traditionalists of the Church, he resigned from the Chaplaincy of Fisher House, Cambridge in 1965, after 33 years, when it became clear that the university would admit women to the status of undergraduates; a man whose views about women resemble my own.

It can be said that the shibboleth of Liturgiae Causa is the pseudo-feast of ''Joseph the Worker,'' about which I have written at length before. Mgr Gilbey, who was herald of a time when traditionalism was about at least the semblance of Tradition, had nothing to do with it, and on 1st May was wont to come from the sacristy of the London Oratory in a chasuble of the blood red hue of the Martyrs, to the great indignation of the provost. Nor did he ever say the Collect Pro Papa on the days prescribed, except once, but said rather Ecclesiae. His "low" Palm Sunday is said to have been magnificent.

Were Mgr Gilbey alive to-day, I have very serious doubts that he would have much to do with modern traditionalists, and would certainly not identify with their papal turncoat tendencies. I daresay he would hold a man like Cardinal Burke in polite contempt.

I am sorry never to have met Mgr Gilbey, a priest and gentleman. May he rest in peace.

The photo is credited to a dear friend of mine who knew Mgr Gilbey and attended his funeral.
Posted by Patrick Sheridan at 9:00 am
Email ThisBlogThis!Share to TwitterShare to FacebookShare to Pinterest