Another grim day for Tradition... 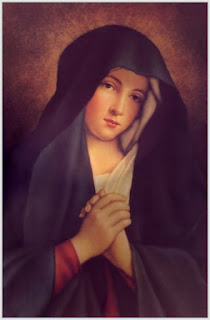 Just as on Palm Sunday, and for the duration of Holy Week, so every 15th August dawns and I rise from my bed feeling both utterly depressed and wrathful. Why? Well, my depression is caused by the rape of the Tradition by modern, "infallible" popes, but the wrath is undoubtedly caused by the recalcitrance and apathy of the traditionalists who seem to want to do nothing to confound and amend those pernicious reforms. I had this argument years ago with one particularly stiff and unyielding traddie, whose lips curled with lofty contempt at all the arguments from reason, tradition, scripture and common sense that I put to him in favour of Gaudeamus. But I expect he hasn't changed, and neither have most of them. Notwithstanding the fact that the reforms themselves, which I will not belabour anymore (it has already been done to death), are hateful, destructive of unity, heap odium on the Tradition of the Church and virtually destroy orthodoxy, what causes the faithless attitude of the traditionalists to the traditional order and proper? Because this cannot simply be symptomatic of the hopelessly wrong "no earlier nor later than 1962" position.

Between the reign of Pius IX and the aftermath of the Second Vatican Council the Papal communion adopted a somewhat siege mentality to the modern world, exacerbated by Pius IX's feud with the Italians and brought to its whimsical conclusion in the encyclical Pascendi and subsequent "Oath against Modernism," until the insidious Council threw open the windows and the "smoke of Satan" infiltrated the seminaries and sanctuaries. With this siege mentality, albeit the seeds were sown in the distant past, came the domination of the visible hierarchy, from popes dispensing "infallible" dogmas to "father knows best;" all the symptoms of clericalism. As a result the active principle of faith, founded upon the sound precepts of the Gospel and the Grace of God, had been, for the most part, banished and supplanted by the passive habit of obedience to a visible authority, and the two have become confused and equated. Hence the acquiescence, nay grateful acceptance, as beggars might eat greedily at a rind of stale bread thrown them by a cruel, miserly tyrant, of the Traddies, ever willing to adopt the mentality of that fortunately long-gone time, for Signum Magnum. Their faith, what little they have, is fortified by Rome, sanctioned by Rome, made up on the spot by Rome. All appeals to Tradition, to traditional propers, however venerable, are useless, in fact suspect. I was accused of schism by a short bald man for declaring my unwavering adherence to Gaudeamus, long before I abandoned all trust in Roman primacy. And now I see why. It is because Traddies are faithless and superstitious. "Superstition" is not simply a baseless accusation thought up by Protestants. It is what happens when the conditions in which faith thrives are stifled and sucked dry and replaced with something else, like human objects of worship, or fear. Go back around the vicious cycle and we come again to oaths against modernism, recited on pain of excommunication; a ban on use of the old Psalter arrangement on pain of not fulfilling the obligation to recite the breviary; and to modern times with the Traddie refusal to use Gaudeamus on the feast of St Mary's Assumption for no other reason than fear of schism and the withdrawal of submission to the Roman pontiff.

THIS IS NOT FAITH. It is an utter admission of failure. A pox on anyone who uses Signum Magnum to-day!
Posted by Patrick Sheridan at 9:00 am
Email ThisBlogThis!Share to TwitterShare to FacebookShare to Pinterest