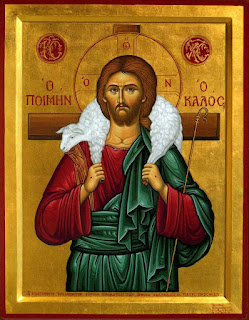 I think we've all seen the news about the Greek Orthodox turned Episcopalian choir director. I read the story with the same boredom I get when listening to the likes of Shirley Williams ranting on about gender politics and equality because these stories of enlightenment or apostasy or transcommunionism are all the same. Over the last six years, when the spider's web of traditionalist propaganda began to disintegrate around me (due in no small part to the ineptitude and bad attitude of traditionalists themselves), my attitude to my own latent homosexuality has gone from shame and concealment, through burning pride to a kind of bland acceptance. These days I think it is of supreme importance that people know about my predicament not out of a sense of pride or solidarity with people of my own kind but so that they are aware that not all of us are the same. The catalyst for my severing the communion of Rome (unfortunately not at the root; would that I had access to a firearm and the apostolic palace!) was indeed homosexuality. It is unfortunate that this occurred during the "burning pride" phase because things might otherwise have been at least slightly different. I was turned out of my parish by a Lawrentian bigot because I had committed the cardinal sin of openness. I then used this as an excuse to actualize my already fierce internal contempt of the pope and just give up trying to reform his communion in my modest way. I burned Summorum Pontificum and publicly announced my apostasy.

Unlike our unfortunate, like-everyone-else Episcopalian choir director though I have never looked upon other homosexuals with admiration or solidarity, and I have never really thought of homosexuality as something innately praiseworthy. Whenever men have made known their sexual desire for me my first reaction is usually revulsion. Whenever I have been in the company of other homosexuals and am witness to their camping about my first reaction is, "well, this is all a bit silly and frivolous, isn't it?" And whenever I condescend to read their sob stories my first thought is, "well, homosexuals are always complaining of one persecution or ailment, or another. Let's talk about something else!" When I went for my training with the bank there was a woman present from that cosmopolitan paradise South Africa (a professed Christian, in fact) who said that her homosexual brother had suffered some form of phobic persecution, the token, she thought, of a backwards-looking, intolerant society. I thought "shew me all the scars and bruises in the world; my heart is stone within me." Naturally, my mind went back to the vestry expulsion but I thought better of adding to the homosexual's never-ending tale of woe. It angers me.

But this clone of the typical modern homosexual claims overflowing gratitude for a decent formation in Hellenism and Byzantine liturgy as he walks consciously and voluntarily into the arms of death but at the same time complains of feelings of insecurity over his Greek parish priest, anxiety about being denied communion, and even mentions "gay marriage." It's as though he's listened with cloth ears to the Gospel narrative all his life while going "la la la la la." Nothing substantial can have really rubbed off. Now, he and I might both be sprinting down the wide and easy path but at least I protest my homosexuality and don't buy the LGBT rubbish! You can't enjoy being homosexual and expect God to approve! Making my own concentric circles around the Wisdom of God I have come to the conclusion that all this progress to acceptance of homosexuality is the token not of enlightenment but of barbarism. Just like the hotels that hide away the most dangerous criminals, the stories of senseless violence and menace we see in the news, the wind farms (a clear example of a country consciously regressing), being wished a happy Ramadan by a BBC weather reporter and a happy "Pride" weekend by the next one. The arrow of time points always in the direction of diminishing difference. Christians are exactly like Jews and Muslims; women are indistinguishable from men, so too is this young Greek pervert like most other homosexuals. So let him go and see how he fares in the not-quite Episcopal Church! It is the Good Shepherd who compasses land and sea to fetch the lost sheep; it has nothing to do with the sheep safely in the fold. You can pray for his soul if you like. Personally, I pray that he fails of all his hopes and ends badly.
Posted by Patrick Sheridan at 2:19 pm
Email ThisBlogThis!Share to TwitterShare to FacebookShare to Pinterest