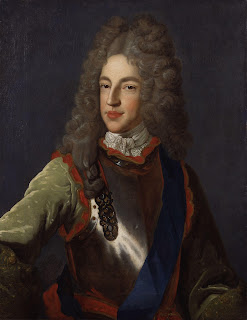 Fr Hunwicke has written a short piece for the Old Pretender to-day. Hmmmm (imagine that as some deep subterranean grumble)...the only reason I stopped going to the Queen Mary Stewart commemorations at Westminster Abbey (all homosexuals love a tragic woman, cf. Judy Garland) was because the Royal Stuart Society is full of Jacobites and I will not brook disloyalty to Her Majesty Queen Elizabeth II. Now Jacobitism, apart from being a hopelessly romantic sob story, has no historic credibility. Divine hereditary right was unknown in Anglo-Saxon times and even after the tragedy of the Norman Conquest. The principle of primogeniture, for which Henry II strove all his life, was not firmly established until the 13th century. Before this, succession to the throne depended upon several considerations and was determined by no one rule. Kinship with the royal house was essential, of course; popular election, designation by the late king (as was the case with blessed Harold the Martyr), and personal fitness for the rôle. Of the first six kings (and queen, if you count Matilda) who came after the Bastard, only Richard I (who uttered those immortal words) succeeded by hereditary right, and the title of four of them was challenged by a rival. Until his coronation, the king was simply dominus of the feudal state; at the anointing he was rex and sacerdos, supreme in both Church and State. Of course, in terms of the so-called "Glorious Revolution" we have to go back to both the Witenagemot (or Witan; the proto-parliament, or curia regis) of the Saxon world and to the Bastard's claim of right by conquest. The Witan had the power to ceosan to cyninge or "choose the king" from among the sons of the royal family. It's conceivable that they had the power to depose him too if, say, he deviated from his coronation oaths or from the Gospel. Why, then, on this principle, had the English Parliament not the authority to depose James VII and II? He threatened the stability the realm and would fain make conquest of the Church of England; a policy repugnant even to the pope in Rome at the time.

As for right by conquest, it's undeniable. The Jacobites seem to have no problem with the Norman Conquest (perhaps on religious grounds? Not that the Bastard was a dutiful son of the Church; he was said to think little of pope Hildebrand). But do they not commit what logicians call a petitio principii (begging the question)? Seamus was held to have abdicated for he fled in a most cowardly fashion. Why then do the Jacobites not acknowledge the sovereignty of William and Mary? If, as Tolkien says, the hands of the king are the hands of a healer and so shall the rightful king be known, then surely Queen Anne would not have been able to cure the scrofula, as she did? It worked for Dr Johnson! Not that this principle applies to the House of Hanover because they did away with it. The Hanoverians leave me cold too and produced some of the worst monarchs we've ever had (George IV, William IV, and Victoria), but they derived Divine authority from their anointing. If only they were not so generally complacent and we might have a fairer, more Christian form of government still. 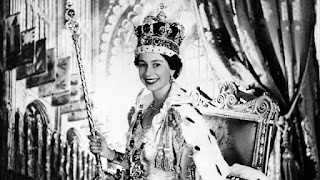 Hindsight is a double-edged sword. History is full of might-have-beens and what-ifs, false hopes and tunnel vision. At the time I'd have been shocked by the Reformation (not so much Henry VIII's reformation, albeit I'd have condemned the dissolution of the monasteries); at the time I'd have been a non-juror, if only out of reverence for James and the long custom of hereditary right; we only acquire a nuanced view of these things by earnest and impartial study when they are long past. Whenever I think of how different life would be to-day if, say, St Harold the Martyr had repelled the Normans at Hastings or Henry VIII had lived another ten years I am reminded of what Aslan says in the Narnia stories about it being none of our concern. Jacobitism doesn't make much sense to me and it has long ceased to pose any real threat to our national sovereignty (ha! like we have that anyway!). I've never liked the Duke of Cumberland and often sing the Lament of the Highland Widow, usually when washing the dishes. I also hold the House of Stewart (that's how I spell it; we're not French here) in very high esteem, for the memory of Mary killed unjustly, James her son the wise fool and especially for Charles ye Martyr. But I do not hold with de iure monarchs, and never have. The rightful monarch is she that was anointed on 2nd June 1953, Elizabeth II, Queen by the Grace of God. And I think she is wonderful.

I recommend John of Salisbury's Policraticus for the mediaeval view of kingly authority, and politics in general.
Posted by Patrick Sheridan at 9:00 am
Email ThisBlogThis!Share to TwitterShare to FacebookShare to Pinterest