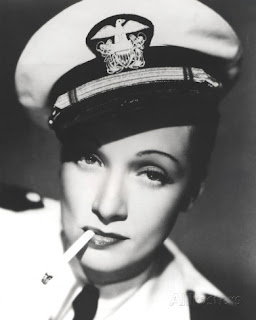 Far be it from me to join a crowd but I have noticed that since Bruce Jenner's "transition" went viral, everyone has been talking about transsexualism. I've spent years reading about transsexualism. It's the kind of morbid curiosity that also lead me to read about serial murderers. It is not the most comfortable lore and I wish to God I could forget it. What do you know? asked Frodo. Too much, said Aragorn, too many dark things. Indeed. Transsexuals, whether they have been mutilated or not, are damaged individuals with very serious psychosexual dysfunction (like priestesses). The idea that you can correct this by various body modifications seems a dangerous theory at best. It is one reason that psychiatry, as a science, is just as credible as phrenology. When I went for my occupational health examination at Erith in November the psychiatrist (he of the weak handshake) asked at the end if I had any questions. A curt "no!" was the answer and he noted in my discharge report that I had a contemptuous opinion of all my previous therapists. Psychiatry is a discipline at the will and whim of the riff raff on the socio-political left. For example, until the early 1970's homosexuality was considered to be a mental illness. Under pressure from the lobbyists and that changed into a legitimate lifestyle choice and social identity. A "kleptomaniac" is to-day what we used to call a dishonest cur. Even I have fallen through the cracks! What I was formally "diagnosed with" in 2008 no longer exists, at least in the Diagnostic and Statistical Manual of Mental Disorders. So, are we to believe what psychiatrists and sexologists tell us about transsexuals when their text books of taxonomy change so much? They, just like the politicians and popes of this world, are the oracles of revolution and not true scientists.

I expect you have some vague idea of the procedures used to create a man or woman. In the case of men (male-to-female), they undergo hormone replacement therapy which produces mammary glands and other secondary sex characteristics, electrolysis to remove facial hair, plastic surgery to redistribute body fat and feminize facial features, castration and vaginoplasty. In women (female-to-male), everything is in reverse so they undergo a radical mastectomy and hysterectomy. I have read much more about male-to-female transitioning so I have no idea how a doctor "constructs" a penis from scratch but I have heard that phalloplasty has some connexion to the clitoris. Gruesome.

I never conceived of myself as an advocate for anyone but myself, even for other homosexuals. I am incredibly self-centred that way. Like Quentin Crisp, another selfish old queen, I am a minority within a minority. But that is not to say that I am without interest in other people. I have read, confessedly with some sympathy, about male-to-female transsexuals (I am not in the least bit interested in female-to-male transsexuals). Some of them, like April Ashley and Coccinelle, have lived successful worldly lives. My sympathy lies in our common fantasy. Many homosexuals, myself included, are indeed women by proxy. Is it so shameful to openly admit to a fantasy vision of a beautiful figure, lofty and disdainful, and the desire of all the world? Mr Crisp once said that the primary desire of all homosexuals was of a phallus garlanded with fantasies. That's true but I would have said that the personal conception of the lofty figure was no less potent; but I suppose there are degrees of potency depending upon one's temperament. I lean more to the personal conception because I am by inclination less interested in other people. The essential disparity lies on the spectrum because human sexuality, whether you agree with the Roman Catechism or not, is a spectrum. Transsexuals live out their fantasy by surgical addiction; homosexuals do not even if they cross-dress in public. The closer you are to the "centre," the closer you are to the rut of the bread-winner and the housewife (or, since all distinction in these matters is anathema these days, "househusband"). Go to the farthest reaches of the spectrum and you find the abominations of bestiality and necrophilia. Transsexualism, you may be surprised to learn, is somewhere toward the centre. Their fantasy is not the problem as such, it is their pathology. To actualize their desire by the mutilation of parts of their body, parts that God took such great care to fashion, is the problem, not the solution, and it is unnatural in every way. But is desire ever natural? My view is that there is little moral difference between sex reassignment surgery and the construction of aeroplanes. For centuries men desired to soar above the clouds. I'm sure Daedalus and Icarus were not the first! But if man was meant to fly, God would have endowed him with wings! Instead, we absentmindedly go up into the air like Nazgûl, creating Power in this world in defiance of God. I put it to you, dear readers, that sex reassignment surgery is no different from Sunday trading, universal suffrage, women's rights and equality. It is just a more shocking symptom of the Babel-building modern world; shocking in that it involves sexual parts and proceeds from rather more dubious motives than sky scrapers or the internal combustion engine.

I mentioned April Ashley and Coccinelle, two successful transsexuals, but there are, of course, many horror stories surrounding "gender transition," stories which the metropolitan elite endeavour to conceal to bolster their utopian vision of gender identity. I've read about hideously botched surgeries (and seen pictures), Lili Elbe's transplant rejection, suicides, &c. The vast majority of transsexuals do not become Vogue models. Here is one who could never even pass for an effeminate man let alone some divine woman like Marlene Dietrich.


It is an unmitigated tragedy, from the stubble to the cheap wig. What is also tragic is that this person is likely to be rejected even within the shallow LGBT community. I can't imagine "Gigi Gorgeous," a living Barbie doll, feeling much sympathy for this unfortunate case. They all look first at appearances, but no further.

Since the Fall, men have been wayward. That is the basis of soteriology. I expect it was much easier to live a Christian life during the palmy days of Christendom when men were men and women were women. To-day that distinction is irrelevant and the Christian Church is in retreat. Now comes the trial. Like the heroine of The Garden of Allah, we must put our love to the uttermost test. Think what you will of "gender dysphoria" or the fantasy of the desirable woman, I think transsexuals are to be received with compassion and some understanding, even indifference to their problem. You can rightly abjure the evil of their condition and choice of lifestyle but they remain irrevocably human. St Paul says that women should be shaved when they don't cover their heads in church and we don't make much of a fuss about that anymore, do we? Women wear trousers, men get their ears pierced; others choose to have their genitals mutilated and live life as though they were the opposite sex. If you can address a woman in trousers as an human being I'm sure you can treat a transsexual as an equal and in all likelihood you're probably never going to meet one [1]; still less are they likely to find solace in traditional Christian doctrine. They might prefer the metropolitan community church which openly caters to sexual minorities of all shapes and sizes, preferences and proclivities.

[1] I was going to say that I had never met a transsexual but I have just remembered that that is not true. Last year I opened an account for a transsexual in Marylebone. There was an issue with "her" passport and "she" put in a complaint about me (just one of many, you understand). What annoyed me is that as a result of "her" complaint I was almost late for a dinner at Brasserie Blanc in Covent Garden (one of my favourite restaurants in London) with my friend that evening.
Posted by Patrick Sheridan at 9:00 am
Email ThisBlogThis!Share to TwitterShare to FacebookShare to Pinterest