I am a Protestant... 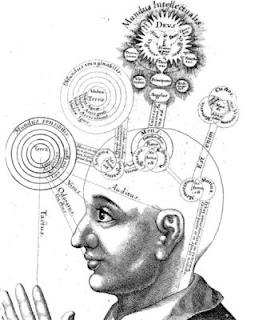 A priest once told me that I was very angry and that this was reflected in many of my posts here. I discussed this with a reader I met recently and I said that some people genuinely believe (or at least they used to) that I go day to day in a state of feverish rage about traditionalists and the other riff raff who otherwise don't agree with my views (that goes for the vast majority of mankind). I've been labelled many things since I started writing online; dismissive, insane, fanatical, queer, &c. My writing has stirred both revulsion and devotion; even sympathetic readers "wince," I've heard, at some of the more intemperate stuff. These days I'm lucky to get comments or notice at all! Perhaps, as at night time in the asylums, I've grown tired of shouting; perhaps when readers care to look here once in a season they perceive my carrying on as the crotchety meandering of a Westerner without a gun? Or the creeping of a snake without fangs? To some extent this is true. I no longer feel as intensely aware of or interested in liturgy or the Papacy as I was when I started writing six years ago. It is long since I picked up Fortescue or O'Connell. Years ago I would spend hours reading them, memorising passages, going over the diagrams with careful and assiduous attention. I still have the various editions in my library and consider them among my most valuable books; but, like the old missals and breviaries on the same shelf, they just gather dust. I suppose when you're sundered from a community that just gets on your nerves in matters liturgical you eventually run out of things to complain about. I started this blog to complain; and complaints proceed from anger.

I can't remember the last time I was genuinely angry about something. I have become irretrievably apathetic and cynical. The day I was sacked, for example, I wasn't in the least bit stressed or anxious or upset. When I was asked to go out for an hour after presenting my case to allow the manager to consider the matter, I wandered about Dartford market and ended up in a pub. As I drank the half pint of ale and pretended to feel concerned I thought less about future money troubles than I did about what I was going to eat that evening and the slight indignation that I wasn't wreathed in tobacco smoke. I subsequently went home and watched A Gala Evening with Hinge & Bracket and thought no more about the bank. I have done very little about finding a new job because I feel in no hurry to do so. I have become the boring protagonist in a story about the angry young man who turned into the slightly peeved old man. When I read A Level Philosophy, I found out about solipsism for the first time and dismissed it as a bogus theory born of rationalism. But against my better judgement I am becoming more and more solipsist, at most levels of my life. Psychologists might say that this is what happens to autistic people during times of stress, they might or would fain retreat into the innermost depths of their mind's palaces and shut out the outer world. It's not as bogus as you might think! When you shut the door to the next room, should you feel in any way interested in what is going on therein? Does it matter if the table exists when your eyes are closed?

This is now my eternal disposition against everything presented to my senses. When something new is forced upon my attention my first instinct is to become angry, but why? It doesn't matter, it doesn't exist; and if existence is its essence then it is evil. In moments of temporary reaching out to other people I might question their motives, let them be the wisest and most benevolent men in this world; but it doesn't matter. I am the centre of the universe; I am the Church; I am the Liturgy; I am me. All else is void. I live life in the sincere belief that I am the only honest person in the world. I am completely without guile. No, I am not arrogant. I have no cause to be arrogant. In most respects, I am a failure. But the price of my failure is the unclouded perception of a universal malady under which all men do labour and to which I alone am immune. It's about me. Other people are a mistake.

For those of you perhaps alarmed by this let them know that insofar as I want anything these days I suppose what I'd really like is to meet a bishop, even the pope, and have a frank discussion about these things and say: "I am a lost sheep. I don't want to be lost anymore but the way your church is I tend to prefer the wintry tempests and fiery heats of Outside to the shallow half-truths, spurious friends and lukewarm indelicacies of Inside. What are you going to do about it?" The answer is Nothing. The foul spirit of worldliness has seeped into every crevice of every parish of every Church denomination in this world. I doubt even the Holy Mountain is safe.
Posted by Patrick Sheridan at 9:00 am
Email ThisBlogThis!Share to TwitterShare to FacebookShare to Pinterest