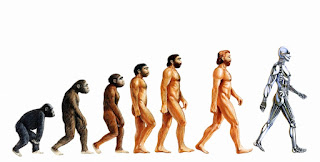 Shameless self-promoter that I am, I sent the link to my post on the transsexual phenomenon (it needs expanding, and editing) to some very distinguished people asking for their opinion. The general consensus was that it was funny and thoughtful. I don't know what was funny about it; perhaps, in moments of clarity, I am naturally funny? One gentleman took exception to the somewhat equalizing message, saying that there was an unique moral problem with deliberate and irreversible mutilation. I agree but you will understand when I say that I write always from the conviction that all progress is of its very nature anti-Christian. Sex reassignment surgery, paper napkins in restaurants, the idol of equality; they all come from the same source; they are all equally bethought of the Devil's bottomless malice and insidious influence on the minds of modern man, and I want none of it. As ever, I can put it no better than Tolkien:


I will not walk with your progressive apes,
erect and sapient. Before them gapes
the dark abyss to which their progress tends -
if by God's mercy progress ever ends,
and does not ceaselessly revolve the same
unfruitful course with changing of a name.
I will not tread your dusty path and flat,
denoting this and that by this and that,
your world immutable wherein no part
the little maker has with maker's art.
I bow not yet before the Iron Crown,
nor cast my own small golden sceptre down.
Mythopoeia, 1931. 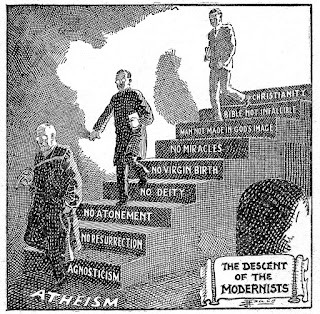 This poem, written to C.S Lewis, was instrumental in Lewis' dive with Mother Kirk. Tolkien was disappointed that Lewis regressed and entered the desired country by the old sectarian border, but there we are. We're all called to work out our own damnation. Tangential to the point, I sometimes wonder if this poem was an indication that Tolkien thought little of evolution by natural selection? Erect and sapient apes walking upright and wise into the maw of hell. So much for conventional wisdom!

In my post I aimed to strike a via media on transsexual social acceptance. This is because I have no personal experience of transsexuals and I expect readers have none either. The Vietnamese man with the long hair who produced a passport in a male name with a male picture was a professional experience and, at the command of my line manager, I had perforce to forget personal conviction and reason and call him "madam." Good God! At what point do we distinguish this from a middle aged man dressing up in his wife's clothes on Friday nights and insisting the world calls him Mrs Haberdasher? Well, we can't; they're in most respects the same scenario. Mrs Haberdasher is no more a woman than the transsexual, even if she hasn't had her member turned inside out. The scenarios are different when Mrs Haberdasher returns to everyday life; "her" insistence might be a joke (then again it might not). The Vietnamese man with the pronounced jaw, on the other hand, his insistence is a form of tyranny. So when it comes to social acceptance, how do we go about it? I tend to be brutally honest with people. Some people welcome this as a breath of fresh air; others (most in fact) do not because they prefer the comfort and stability of lies and spurious niceness. My guess is that transsexuals fall into this latter category because they're already living a lie, whether they find themselves in my company or the company of a church, or not. In terms of church membership, I can't honestly say. It presents an infinitesimally subtle pastoral problem because on the one hand you have (at least we would piously hope) their honest desire to join the bosom of the Church as a member like any other; and on the other the oddball situation of their lifestyle. "I am a woman because I feel this way and I have the underwear to prove it," doesn't make you a woman and deliberate mutilation cannot go unconfessed. One can but return to the Word of God: "And ye shall know the truth, and the truth shall make you free," (John 8:32); and that truth is: "male and female created he them," (Genesis 1:27).

Perhaps I'm not the best person to advise on pastoral matters but I humbly suggest that if you start with the Truth, you can't go wrong. Truth does not diminish if it is rejected by others. If it is rejected then you have done your part, you have witnessed to Christ. Remember Christ's words to Pilate: To this end was I born, and for this cause came I into the world, that I should bear witness unto the truth. Every one that is of the truth heareth my voice. Quid plura dicam?
Posted by Patrick Sheridan at 9:00 am
Email ThisBlogThis!Share to TwitterShare to FacebookShare to Pinterest