What do all these nauseating pictures have in common? 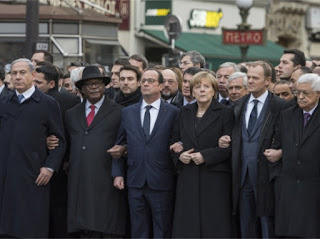 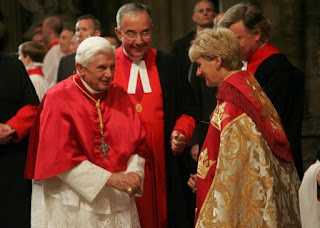 When Jane Hedges was promoted to the deanship of Norwich I thought she'd be the first episcopa in the Church of England. Nobody had ever heard of Miss Wart. But here we have the "successor of the prince of the apostles" giving countenance to women's ordination in Britain's Valhalla. Oh I know, he's a guest in the house and it wouldn't do to simply ignore her but it doesn't give the Roman position on women's ordination much credibility, does it? 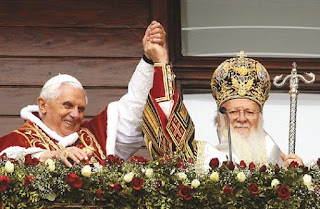 The pope of Christian unity playing happy families with the "green patriarch." Because centuries of estrangement and dissenting theologies can be wiped out by a mere episcopal fiat and grand gesture. Also climate change is a real concern for Christians. You'll find that in St Paul's epistle to the hippies, chapter four, verse who cares. 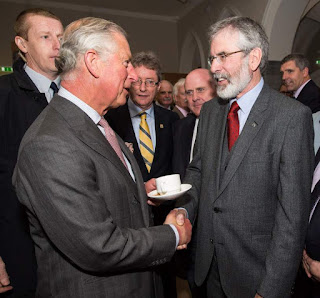 We're all friends now, eh. Reminds me of what Fëanor said before his departure from Valinor about not wishing to remain another hour within the realm of the kindred of the murderer of his father and the thief of his treasure. Whatever his faults, at least Fëanor had conviction. 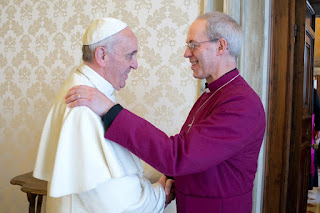 Brothers in arms! Let's forget all our profound and irreconcilable differences for a photo opportunity! Meanwhile the pope can carry on 'phoning divorcees and saying "who am I to judge?" and the Archbishop can say that regardless of whether you're straight, gay or somewhere in between, sex outside marriage is wrong and keep a straight face.

The answer to the question posed at the beginning is that not one of the persons pictured here is in any meaningful sense different. Not one of them has any courage or conviction; not one of them is to be taken seriously. There is no distinction these days between politicians and churchmen, between dignitaries and heads of state. They are all oracles alike of the same ideology, the same smiling faces, the same insidious backstabbers. Racism is evil, nationhood is evil, climate change is evil, homophobia is evil, discrimination is evil, equality is good, unity and globalisation are good, immigration is good, love of new, hatred of old, political correctness and sensitivity, and so on.

Hear ye the Word of the LORD!

Woe unto you, scribes and Pharisees, hypocrites! for ye are like unto whited sepulchres, which indeed appear beautiful outward, but are within full of dead men's bones, and of all uncleanness.
Posted by Patrick Sheridan at 9:00 am
Email ThisBlogThis!Share to TwitterShare to FacebookShare to Pinterest