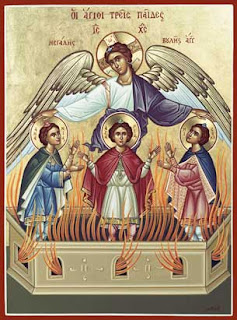 I've been asked to retract what I have said about Marcel Lefebvre as so much vindictive, even hysterical, nonsense. With the greatest respect to those who have asked this of me in good faith, I don't have any intention of retracting what I have said. Do you suppose that I do not mean what I say? Are you perhaps jealous of the alleged good person and sincerity of Archbishop Lefebvre, and his cause, which has been manifestly divisive and the cause of abiding hatred? Over the years I have inveighed most sharply against the liturgical books of 1962 as the monstrous, lukewarm, utterly contemptible creature, and indeed the bane of my life. Why then would you think that I would be reticent about the man chiefly responsible for the exaltation and dominance of these books? This man laid waste the tradition he claimed to defend! He has exerted such an horrible influence over the traditionalist movement, which might, but for him, have born fruit in blessedness, that I sometimes wonder if he had sold his soul to the Devil! I hold Lefebvre indirectly responsible for my own expulsion from Blackfen, which was a complex and painful matter but was largely to do with the sundry objections I raised against 1962 interpolations into the rite we celebrated as a parish, as a Christian community. I also hold him responsible for that disgraceful letter, signed by, among others, Mgr Andrew Wadsworth (who had a hand in that grotesque new translation) and Fr Sean Finnegan (ironically mad about Sarum), which put a permanent end to the late and much-missed Arthur Crumly's heroic attempt to recall tradition at Corpus Christi Maiden Lane.

And so, for my "character assassination" I am so far from being sorry that I have come to despise the remonstrance of men, however sincere, in this matter and am resolved to persevere in vehement zeal, according to the example of Christ, who, in His zeal, called His adversaries a generation of vipers, blind hypocrites, and even children of the Devil. What could be more intemperate, or "hysterical" or "vindictive" than this? Is this soft generation so accustomed to flattery that we have become numb to genuine outrage? What about Truth? Are we so accustomed to lies dripping with honey that when Truth stabs into our minds as a light into a dark place we shriek with terror? Do men not attribute bitterness, recrimination and such things to me unfairly? Christ saith: "Ye are the salt of the earth: but if the salt have lost his savour, wherewith shall it be salted? It is thenceforth good for nothing, but to be cast out, and to be trodden under foot of men." Far be it from me to add to where Christ left off, but what's the use of salt if it is not pungent, or the sword if it is not sharp? What did the Angel of the LORD say to the church of the Laodiceans? "I know thy works, that thou art neither cold nor hot: I would thou wert cold or hot. So then because thou art lukewarm, and neither cold nor hot, I will spue thee out of my mouth." Let the man who does the work of the LORD deceitfully be accursed!

Am I to be thrown into the fiery furnace for not bowing down before the image of Archbishop Lefebvre? Just like the Prophet Daniel and the three Holy Youths who would not do obeisance to the image of Nabuchodonosor.
Posted by Patrick Sheridan at 1:40 pm
Email ThisBlogThis!Share to TwitterShare to FacebookShare to Pinterest