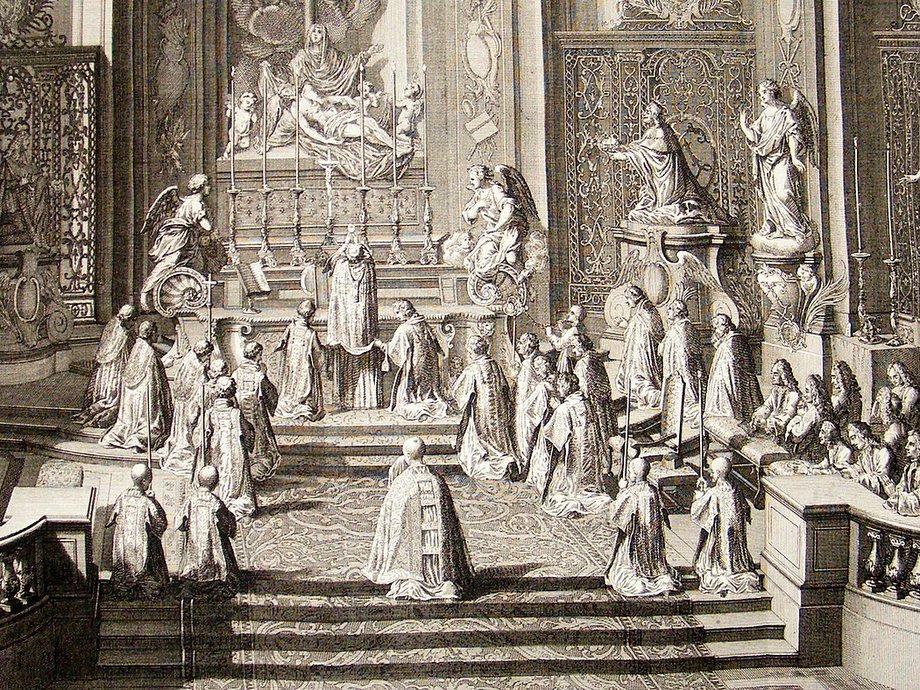 "A young country clergyman used his ample leisure for the study of astronomy. He was a brilliant mathematician. From his observations and calculations he predicted when the planet Venus would pass across the sun's disk. If he were right about this transit of Venus, great developments might be expected in the science of astronomy. He himself as the discoverer could be sure of fame. You can imagine his keenness with which he observed the planet on the predicted day. There he was, gazing through the telescope and making notes. If you were to read through his notes they would not convey much to you unless you were an astronomer. Even an astronomer might be puzzled by one note, of three Latin words, Ad meliora advocatus, which means 'Summoned to better things.' He was summoned by the church bell to take his part in the liturgy. That he esteemed as meliora - better things than important scientific discovery and the glamour of personal renown. That was his estimate of liturgy..." Taken from Addresses & Papers of Michael Lloyd Ferrar 1909-1960.

Well worth reading, particularly what he says about the corporate nature of Trinitarian worship viz my post on low Mass. Traddies go on about how the Novus Ordo is a one-man-shew but they can't see the connexion between a priest wearing a tasteless chasuble and facing down the church with a microphone and a priest ad orientem at low Mass supplanting the rôles of deacon, subdeacon, choir and other ministers.

Quoth the Traddie: "Well, at least he's wearing a maniple and he's saying Mass in Latin!"
Ait Patricius: "But liturgy is common prayer. Even Presbyterians have the co-operation of a number of elders around the officiating minister at the Lord's Supper!"
Quoth the Traddie: "Oh, you're just a bloody heretic."

Art: From "The Ceremonies and Religious Customs of the Idolatrous Nations" By Bernard Picart.
Posted by Patrick Sheridan at 9:00 am
Email ThisBlogThis!Share to TwitterShare to FacebookShare to Pinterest